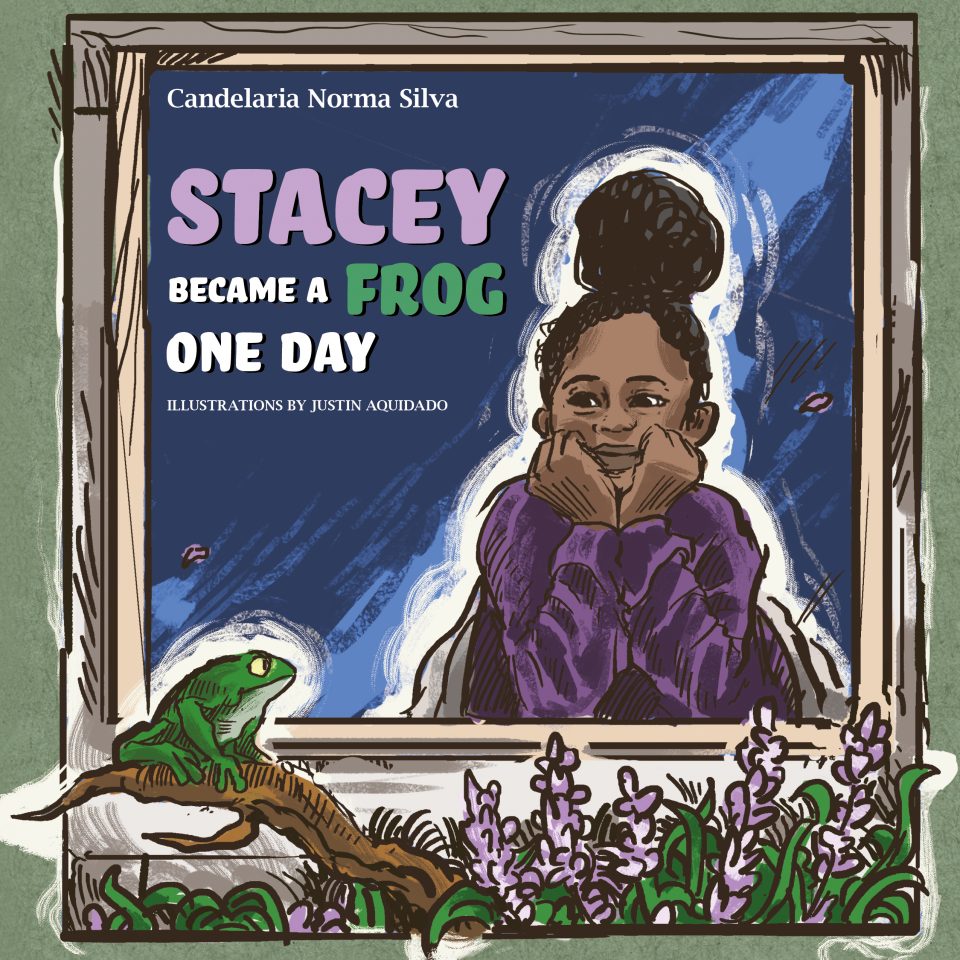 Candelaria Silva-Collins is the emodiment of a writer’s writer. She listens to the universe, digests interesting and applicable ideas, then transfers them from her head to paper for a tangible work of art.

An arts consultant, writer and facilitator, Silva-Collins is active in the community as well. She is dedicated to community development as evidenced by the arts and cultural institutions she’s helped connect with community-based groups. A published journalist with work that spans from local interests stories to national news publications across the country, Silva-Collins became bona fide author when her book, Stacey Became a Frog One Day, was published in Oct. 2020.

Silva-Collins spoke with us about her recent accomplishment and more.

What inspired you to write this book?
I was inspired by my children and grandchildren, who used to pretend that they were different animals. Also, when I was young, my mom, who had light hazel-colored eyes, would pretend to be a cat sometimes.

What is the story behind the title?
The story was originally called Tracy Became a Frog One Day, then I woke up one day from a dream and realized that if I added an “S” it would be a love note to my children and grandchildren as follows: “S” is for Saige, “T” is for Tommie, “A” is for Amber, “C” is for Cyrus, “E” is for everyone who’s encouraged me, and “Y” is for You, too (Maddie, Unique, Darian, Dionna, and Leanne). The title lets the reader know that this little girl changes into a different animal each day. My second story about Stacey is in the works and will be dedicated to the indomitable Stacey Abrams.

Do any of the characters in the book represent you?
No. The book was inspired mostly by my granddaughter, Saige.