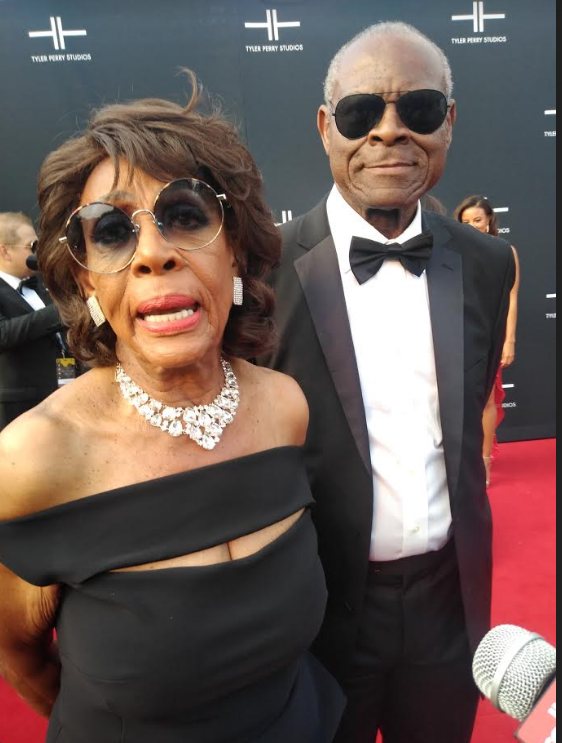 Megan Thee Stallion is in a state of bliss after legendary Los Angeles Congresswoman Maxine Waters co-signed her ultra-popular blockbuster hit “WAP” she created with fellow female rapper Cardi B.

The longest-serving Black woman in the U.S. House of Representative publicly endorsed Megan’s sexual assertiveness and fierce advocacy of African American females since her meteoric rise to the pinnacle of pop culture.

Waters, 82, and other women have long decried the flagrant double-standard in the testosterone-rich rap genre where men are praised and encouraged to express their virility and sexual prowess in their music. Megan got some major pushback for her unabashed sensuality from the likes of Snoop Dogg who, ironically, did the same thing when he was Megan’s age.

Waters isn’t having it, however.

“(WAP represents) the ability for women to take charge of what they want to say,” Waters said during a virtual chat as part of Megan Ruth Pete’s cover story for Harper’s Baazar magazine.

“I had paid attention to the young gangster rap time when men were in charge … They said whatever they wanted to say about women. But women didn’t say, for a long time, what they could say or wanted to say or dared to say,” Waters added.

Still can’t believe I got to sit down with @MaxineWaters for an interview with @harpersbazaarus !!! She’s so inspirational and reminded me to keep doing me and standing firm in what I believe in 💪🏾💙 pic.twitter.com/iDhx3wb5XS

The “Savage” rapper was floored by Waters’ kind words.

“Sooo sooo happy and honored I got to sit and talk with @repmaxinewaters,” she wrote. “This made my entire year ! She’s so inspiring and uplifting! She reminded me to keep being me no matter what ! ???.”