Richard Pryor Jr. and his sister Rain Pryor, two of the children of comic legend Richard Pryor (Photo by Raymond Hagans for rolling out)

Richard Pryor Jr., the son of the late legendary comedian Richard Pryor, has fallen on hard times since the dawn of the pandemic and he’s petitioning the public to help him through the rough patch in his life.

Pryor Jr.’s father is universally considered the godfather of modern comedy, having influenced current icons like Eddie Murphy, Dave Chappelle, the Wayans brothers, Martin Lawrence, Chris Rock and a slew of others. But much like his lionized dad, the son has lived a troubled existence, which was exacerbated when the novel coronavirus virtually shut down Hollywood and stages in 2020.

Pryor Jr.’s close friend, Eric Harrison, started a GoFundMe page in hopes that crowdfunding will enable the son, who is also a comedian and actor, catch up on outstanding bills and hospital expenses. Pryor Jr. has reportedly contracted COVID-19 three times while working in close proximity to patients in a hospital. 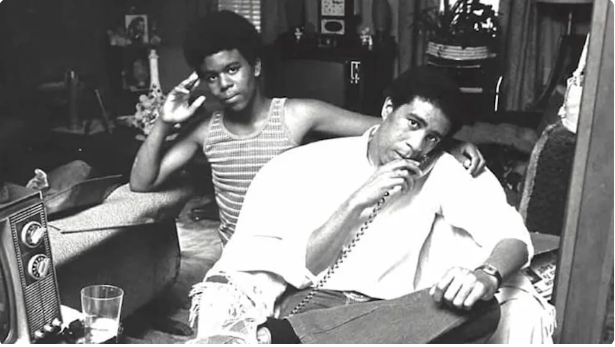 Pryor Jr. also expressed gratitude to the fans on his Instagram page who are helping him through this difficult time in his life. 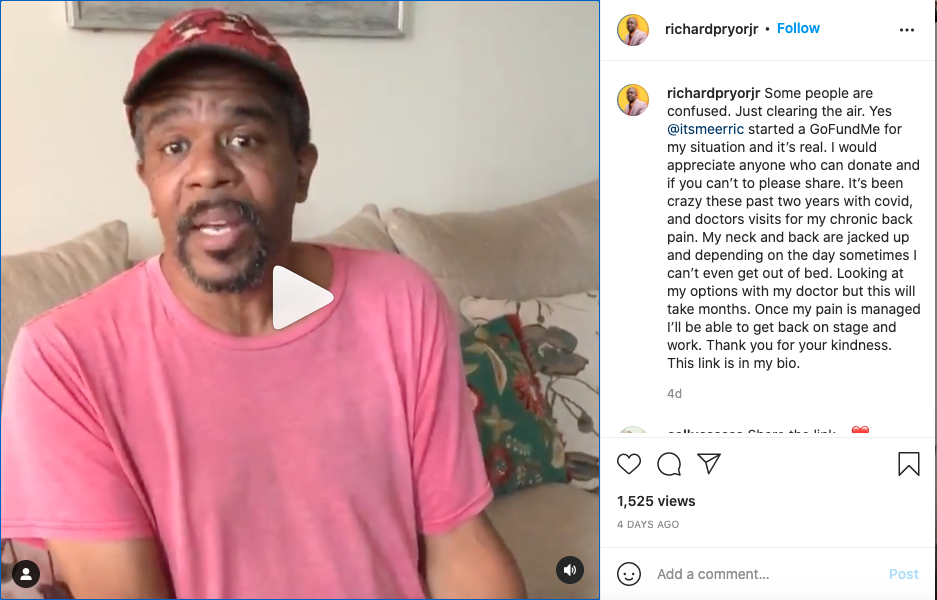 “Yes @itsmeerric started a GoFundMe for my situation and it’s real,” Pryor Jr. began on IG. “I would appreciate anyone who can donate … It’s been crazy these past two years with covid, and doctors visits for my chronic back pain. My neck and back are jacked up and depending on the day sometimes I can’t even get out of bed. Looking at my options with my doctor but this will take months. Once my pain is managed I’ll be able to get back on stage and work. Thank you for your kindness.” 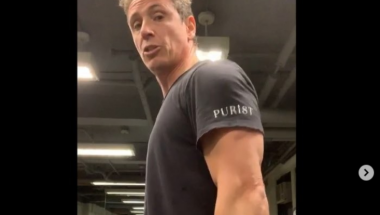