Female rappers have often lamented the fact that their monumental contributions to this globally-influential music form have been underappreciated and undervalued.

In New York and Miami, however, two of the most successful emcees of the modern era, Remy Ma and Trina, were given their flowers and more during elaborate ceremonies in their respective hometowns.

On Saturday, May 14, 2022, rap renegade Remy Ma, 41, was presented with a street sign in the Bronx, New York, not far from where she grew up and experienced so many highs and lows. 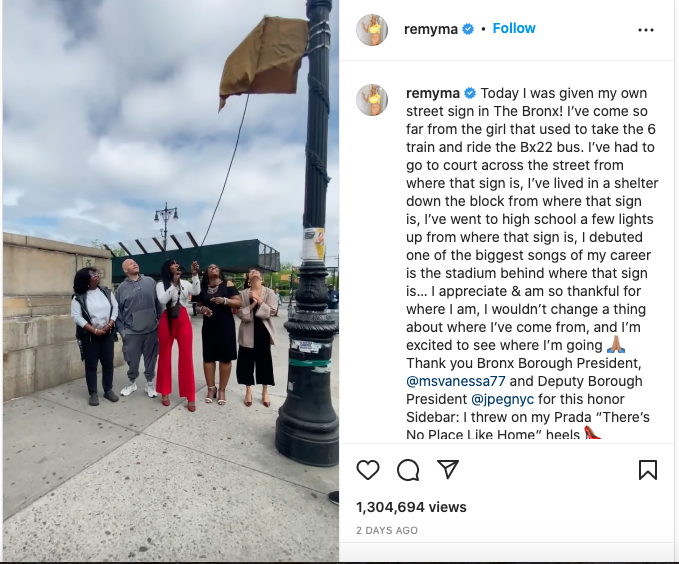 Meanwhile, 1,300 miles south of New York, Miami mic maven Trina was given a key to the city to celebrate her impact as an artist from South Florida.

It was our pleasure to give the Key To The City to @TRINArockstarr for her impact and legacy as a Miami artist.

Remy, who was born Reminisce Smith and was a part of the Terror Squad, was honored as part of the Bronx Walk of Fame with her own street sign. 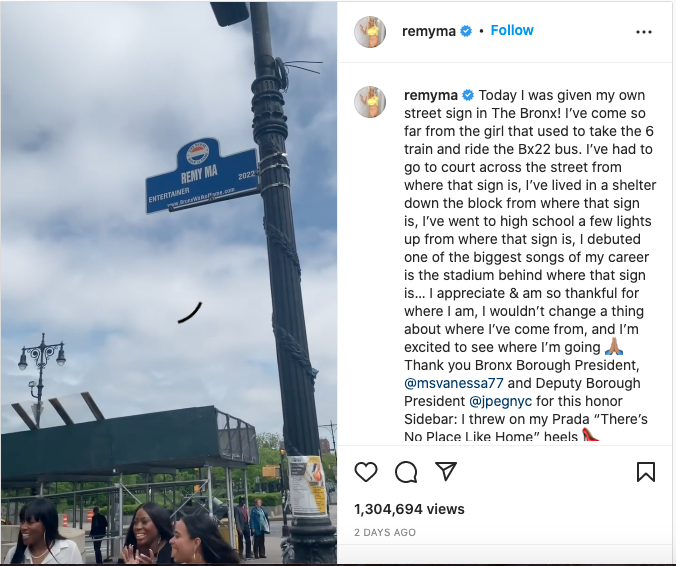 Trina was fêted with a block party celebration.

Miami Mayor Francis Suarez presented Liberty City native Katrina Laverne Taylor with the key to the city and a plaque for her late mother, Vanessa Taylor.

Trina gets honored with the KEY to the city in Miami pic.twitter.com/YQDlogug0P

Back in the Bronx, Remy Ma unveiled the street sign as rap icon Fat Joe, friends and family surrounded her.

Remy also waxed nostalgic on how far she had come life from the little girl who took the train not far from this intersection. “… I’ve gone to high school a few lights up from where that sign is,” she exclaimed to her 9.3 million Instagram followers.

“I debuted one of the biggest songs of my career is the stadium behind where that sign is … I appreciate & am so thankful for where I am,” Remy added.

Trina was equally emotional and wept as the Miami mayor paid homage to the “Here We Go” rapper and her late mother.

“On behalf of the city of Miami, it’s my honor and privilege to present you the keys to the city of Miami,” Suarez said before an adoring crowd. “‘Cause I know how much your momma meant to you … I have a little plaque for you in loving memory of your mother … These are the memories you don’t forget and you’re never going to forget her and what she meant to you and what you mean to us. So, it wouldn’t be proper to recognize you without recognizing her …”

Trina brought out Junkanoo vibes to celebrate her award from the city of Miami! pic.twitter.com/RQvTYjObCU