Milestones: Parents explain why they have implemented ‘tummy time’ with their babies 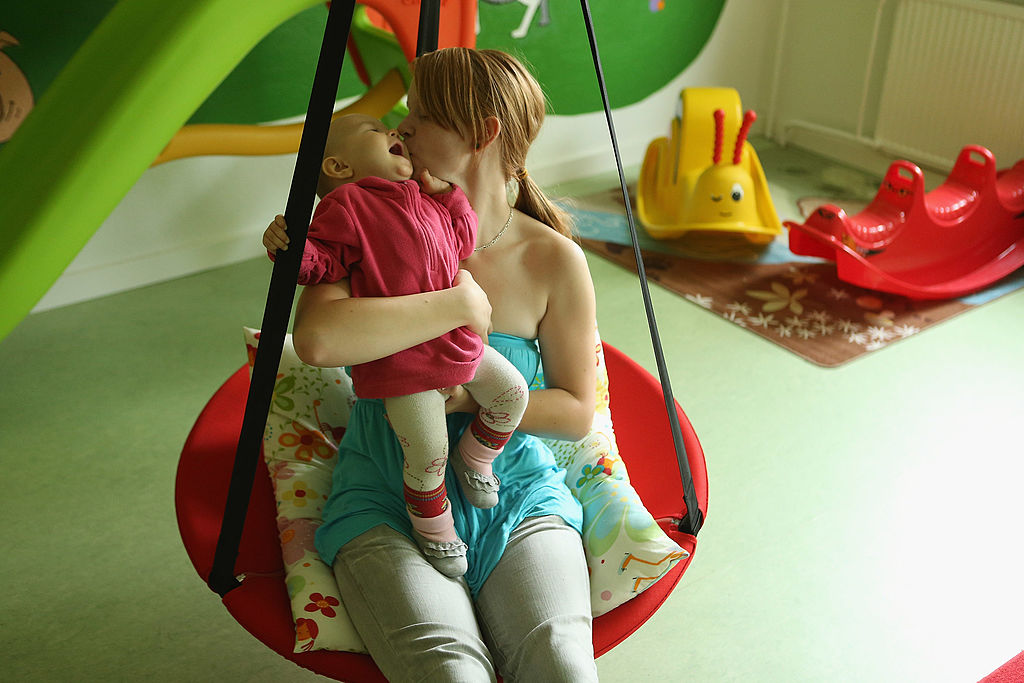 A baby’s first words are precious – but most parents stress out if they don’t say them soon enough.

A recent survey of 2,000 parents of children ages three and under-examined their concerns relating to their child’s development, finding that 59 percent often worry their babies aren’t meeting certain milestones like saying “mama” or “dada” by their first birthday (65 percent).

Parents also worry if their children aren’t walking, feeding themselves or smiling (29 percent, each) by a certain age.

And 69 percent worry that their baby not meeting milestones on time will reflect negatively on them as parents.

Three-quarters of parents claim they’re confident they know when babies should meet their milestones (76 percent).

Yet, 44 percent thought babies should start rolling over between 0 to 3 months when many don’t until they’re at least four months old.

Parents do their research, though, being keen on knowing that babies should start smiling (25 percent) and some begin teething (21 percent) before they’re four months old.

Respondents also know that babies should be sitting up (43 percent), drinking from a straw (31 percent) or sleeping on their own (28 percent) by six months.

Conducted by OnePoll on behalf of VTech , the survey also found that 74 percent of parents try to stimulate their child’s development by introducing them to educational toys or games (54 percent) or feeding them enriching foods (51 percent).

Seven in 10 recognize the importance of play in helping young children meet their milestones (71 percent), and a similar percentage agree that physical activity is vital, too (73 percent).

This may be why parents opted for “tummy time” with their baby, where they lay on their stomach to strengthen their neck and shoulders (42 percent) and specifically look for toys that encourage movement (38 percent).

Imaginative games like coloring or building and verbally stimulating activities like singing or reading are also common ways parents aim to support their child’s development (37 percent, each).

While 63 percent believe interactive toys are important in the early stages of their baby’s life, the same percentage of parents admitted they sometimes get annoyed with those toys.

The most peeving parts vary from having too many pieces (57 percent) or earworm music/sounds (55 percent).

Still, nearly all of these parents recognize that what may be qualms to them are beneficial to their child (94 percent).

“Parents know developmental milestones are important but don’t always know when or how to help their babies achieve them,” said Andy Keimach, president of VTech Electronics North America.

“Baby toys are designed to engage children through play and discovery across multiple stages of development, so parents can spend more time focusing on bonding with their baby through play.”

Most parents agree that today’s toys and activities are more effective in helping babies reach developmental milestones than before (72 percent).

They also claim their child has already met these milestones quicker than they expected (78 percent).

And 71 percent prefer toys that can adapt to grow with their child across multiple stages of development.

“Whether it’s a multi-stage product like the Kick & Score Playgym or a snack time toy, baby toys are for more than just play,” said Keimach.

“They are a great option for parents looking to supplement playtime with their baby in order to help them reach developmental milestones.”

The post Milestones: Parents Explain Why They Have Implemented ‘Tummy Time’ With Their Babies appeared first on Zenger News.