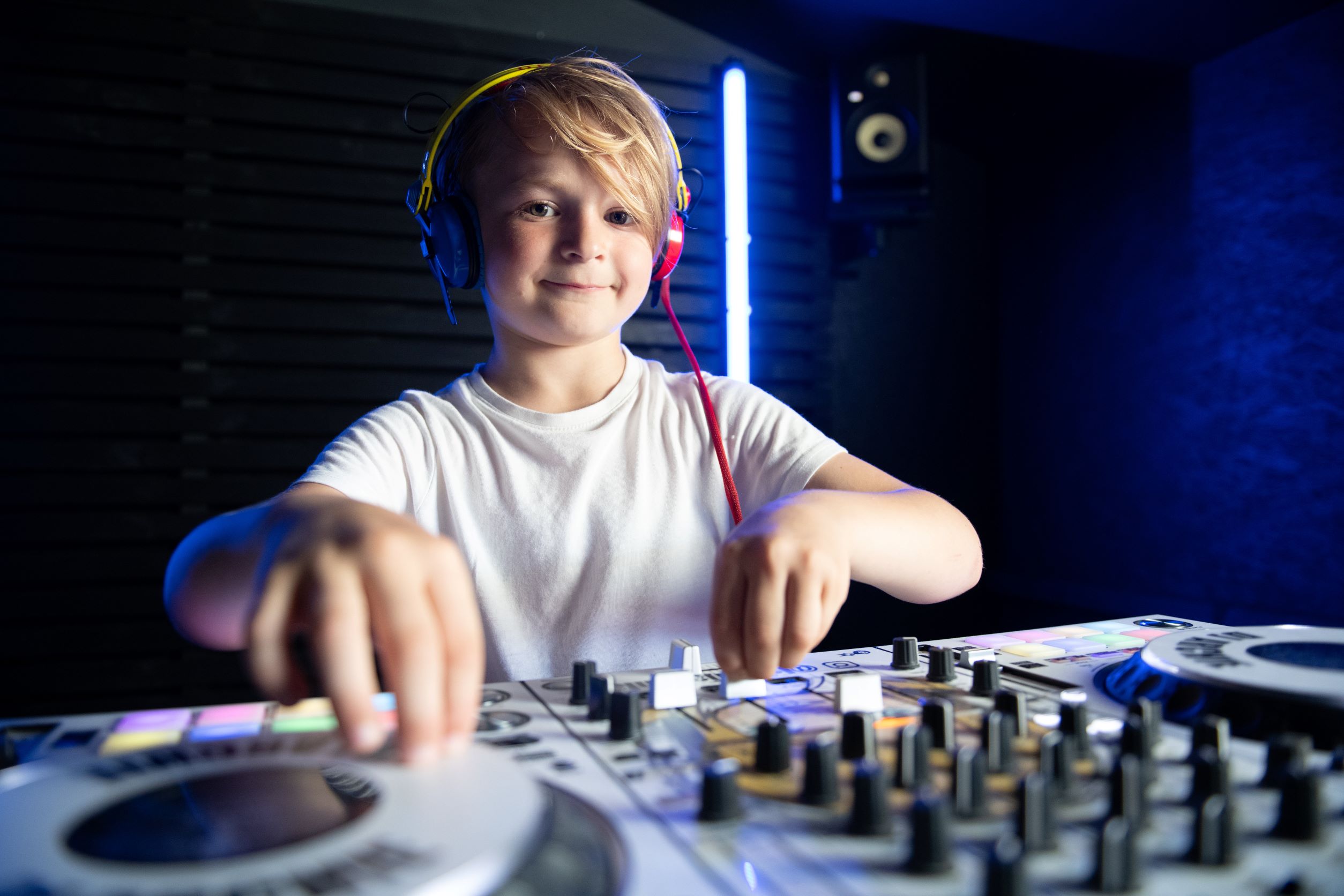 Talented Archie Norbury, better known as DJ Archie, was officially recognized as the youngest DJ on the planet at just four years and 130 days old.

Archie, from North Essex, in England’s east, was crowned as the world’s youngest DJ by Guinness World Records in October 2019.

He won the title after playing a music set for a full hour at the Hong Kong club Bungalow – blasting classic house tunes to clubbers.

Proud dad John Norbury, 40, now takes the talented DJ to events around the country, where he performs to electronic music fans of all ages.

John said: “I’m as shocked as everyone, don’t get me wrong – the best bit for me is when artists come round to work with Archie and there’s a split second where their faces just change.

“Everyone was dubious and then there’s just a moment where things change for them and they think, ‘wow, he’s really doing that’.

“He knows what an intro is, what a drop and a break-down is, he knows the best points to mix the tracks into the others – he even does things I can’t do.

“To start with I color-coded everything for him and taught him via a color system, then when he was five, I took all the colors away and now he just does it on his own.

“He’s really focused and driven which I think is a little bit to do with the fact that his brother is thirteen – they’ve got a six-year age difference.”

Archie and his dad, a sales and marketing director, along with his mom Joanna Norbury, 37, an administrator, and his brother, are currently based in Essex but have previously lived in Hong Kong and Dubai – where Archie was born.

His talents as a DJ first appeared when he was just two and began playing with John’s music equipment – despite being told he wasn’t allowed to.

Luckily, John recognized the skills his youngest son was displaying and developed a system to help teach Archie all the components of the equipment he was using.

As Archie developed his talents, John began posting his mixes online and they quickly gained traction with masters of ceremony in the UK and garage musicians – with one of his videos racking up millions of views.

John says Archie has never had any formal lessons and only learned via John’s own coaching – but now he practices and teaches himself new techniques.

“It wasn’t planned, I wasn’t plonking him in front of the decks and trying to get him to do it,” said John.

“It was unintended reverse psychology; he was really interested and would stand and watch me but I was telling him not to touch my stuff because I thought he would break the expensive equipment.

“One day I was in the kitchen and heard music so I went upstairs and he had turned the equipment on and was playing music and mixing between two tracks – he was only two years and ten months old.

“I videoed it without him seeing to show my wife and the more I watched the video I saw he was perfectly in time and realized he sort of knew what he was doing.

“I started to help him and used primary colors to help him navigate a very technical piece of equipment – I made it like Guitar Hero and made it easy to teach him and it just sort of went from there really.

“He got better and better at it as we went on so I put some videos up on my social media and they gained some traction, then I thought I would create his own page so I could document it and store it somewhere he could look back on it when he’s old enough.

“Some videos got high views and we got contacted by industry people and visits from MCs in the UK garage scene including MC Melody who featured on the track Do You Really Like It?

“It took me about four or five months to teach him how to mix for the world record attempt.

“I started training him towards that goal when he had just turned four and then one hundred and thirty days later, he had the world record.

“Now I don’t teach him anything really – I just let him fiddle around with things and explore it on his own, he’s never had any lessons other than me coaching him a little bit and I feel like I haven’t done anything for a while.

“His favorite DJs are Andy C on the drum and bass side and DJ EZ on the garage side – I think if you asked him he’d still say DJ Daddy too.”

According to Guinness, the previous record holder for the world’s youngest DJ was known under a similar name – DJ Arch Junior.

He claimed the title when he was 5 years and 38 days old back in 2017 in Johannesburg, South Africa, before Archie surpassed him two years later.