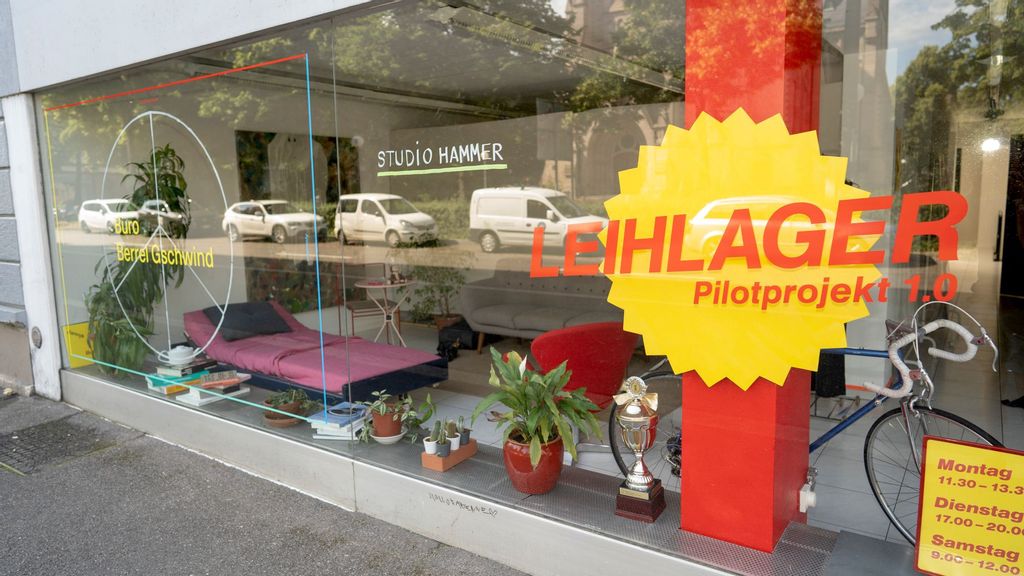 A prank Airbnb listing for $1,300 for a night in a shop window display has backfired after an American tourist snapped it up.

The listing was supposed to serve as a joke as part of the international Art Basel art fair in Switzerland.

But the stunt went in an unexpected direction when a user of the online accommodation snapped up the offer to stay at the Kleinbasel Leihlager store on Feldbergstrasse.

Gawin Steiner, a member of the Leihlager team, told Swiss media: “The whole thing was a marketing gimmick, at no time did we assume that someone would actually book or come.”

The window was originally listed at $3,393 but the woman’s kindhearted hosts renegotiated the bill, and the tourist checked in on June 14.

Steiner explained: “She booked for three nights and we renegotiated the price a bit.

After being surprised with receiving a booking, the team had to scramble to make preparations for their guest.

Steiner said: “We built a scaffolding from battens and pulled it up as a wall”, adding: “That would be a bit strange otherwise.”

The rent also comes with a small office space and reportedly looks rather chic and modern.

As well as classic mid-century modern furniture it has its own TV and, of course, panoramic views of the parking lot on the other side of the street.

But the shop clearly did not want anyone to confuse the space with similar window bedrooms with women in them on display and for offer in the Netherlands.

Steiner said: “We don’t want to give a false impression, like some shop windows in Amsterdam or Hamburg.

“The bed was in a back room and is never used. Most of the rest of the furniture and plants come from our private homes.”

She added: “The effort was well worth it and somehow this project made us feel like part of Art Basel.”

It is currently unclear if the American woman managed to get a good night’s rest, with local media reporting that the street where the shop is located becomes very busy from 9 a.m. onward.

It is also currently unclear if the Leihlager store plans to list the rental for next year’s Basel art fair.

Steiner said: “I don’t think it would work for next year. I don’t imagine the sleeping feeling is that great.”