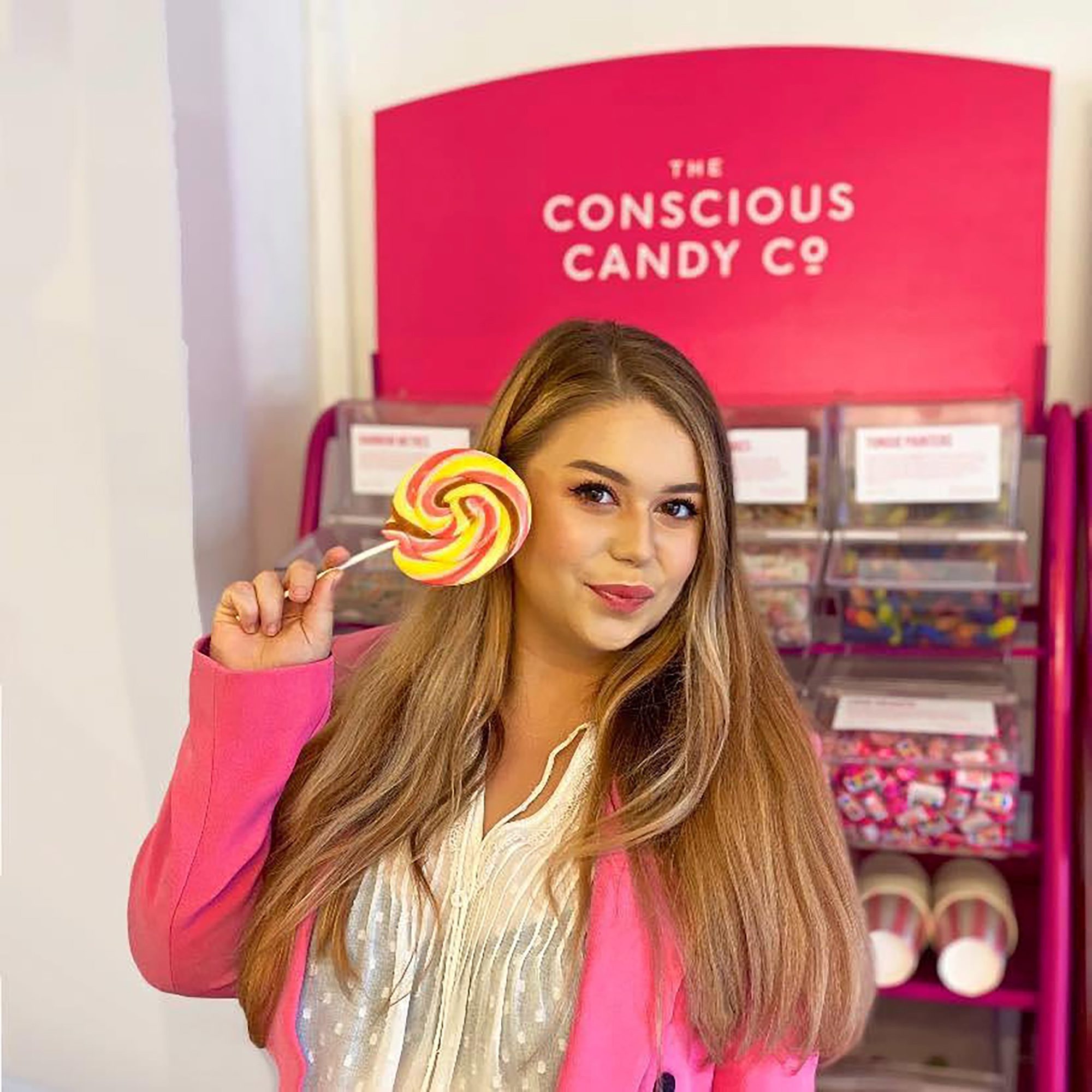 A young entrepreneur who started a vegan sweets business in her spare bedroom has turned it into a $1 million global confectionery firm.

Laura Scott, 25, of England started selling vegan pick ’n’ mix-style sweets in 2018 after spotting a gap in the market.

She would bulk buy the sweets, then make selections bags of them to sell online while working during her lunch break at her graphic design job.

In April 2019, she officially launched as a business and sold out of her products on the first day and decided she wanted to make the business her full-time job.

During lockdown The Conscious Candy Company soared – reaching $1.2 million turnover at the end of 2020 – supplying her sweet treats as far away as the United States and Japan.

But Scott says it’s more important to be able to work in line with her morals and ethics than to profit.

Scott, of Plymouth, Devon, in England’s west, said: “When I first started it was just one product and now it’s over one hundred products – we do chocolate, baked goods, we deliver waffles, just anything sweet and anything that contains sugar.

“It’s an amazing thing to sit there and think about, for me it’s about how I’ve gained my freedom even though I work more than I ever did when I was employed – I do 4 a.m. starts, midnight finishes and a seven-day week.

“I get to hire people with the same beliefs and values and we work with animal charities, to do that stuff means more than the one million mark.”

Scott started out by selling bags of imported vegan sweets like cola bottles and fizzy strawberries in November 2018.

The business continued to diversify its offerings and has developed vegan pick ‘n’ mix sweets that were not previously available, including plant-based foam bananas and fried eggs.

They also offer a waffle delivery service in the Plymouth area through UberEats, allowing those with a sweet tooth to order treats including ‘strawberry shortcake’ and ‘banoffee delight’ waffles.

Now, the business has moved from Scott’s bedroom to a 5,000-square-foot unit and employs two full-time staffers, including Scott’s partner.

“I’ve been vegan for quite a while and was veggie for a long time too – my favorite thing is pick ‘n’ mix as it brings back childhood memories and when I launched there were only a few options on the market,” said Laura.

“I really wanted a traditional Woolworth’s style pick ‘n’ mix with bubble-gum bottles and I started thinking that there must be other people who feel the same.

“I asked on a vegan forum if it was something people would be interested in and the feedback was overwhelming – I began to research vegan options from around the world and find options I could make for a vegan pick ‘n’ mix.

“I thought it was going to be side-lined but as soon as it launched, I sold out that day.

“I was a full-time graphic designer at the time and launched the business on my lunch break at work – I had 1000 pounds [$1,200] come in and at that time it felt like a lot, I thought ‘this is pretty much the same as my full-time wage and I’ve done this in an afternoon’.

“There was a week of deliberating and I decided I wouldn’t know if I didn’t do it so I just stood up in a meeting and declared I was going and left – I had no plan, I just thought ‘what’s the worst that can happen’ and knew I could always get another job.

“I remember walking home from work in the rain and I didn’t even care, it was one of those things I normally wouldn’t like but I felt so free.

“In April 2019 we became a business – it was in my spare room when I started and now we’re in a five-thousand square foot unit and trading globally.

“We have customers from all over the world and we wholesale to independent stores – we’ve worked with some bigger companies but it’s not where I want to go with it.

“We’ve never had any big investment, I always said it will grow organically and now it’s my full-time job with my partner who joined the business two years ago.

“It’s a strange feeling as I never set out intending to do this.”