The actor portrays the boxing legend

Actor Trevante Rhodes is jumping into the ring to make his highly anticipated debut for Hulu’s “MIKE,” a limited series about the tumultuous life and times of heavyweight boxing champ Mike Tyson. Known for his memorable role as Chiron in the Oscar-winning film Moonlight, Rhodes delivers another stellar performance as he effortlessly transformed his body, his voice and his mannerisms into the boxing legend.

The official trailer packs a punch as it opens up with a question of “Who am I?” narrated by Rhodes, who sounds uncannily similar to Tyson. The narration continues as it foreshadows a glimpse of what’s to come in the series, “People just see an animal. They call me a savage. I’m the most vicious, ruthless champion there’s ever been. No one can match me. My style’s impetuous. I’m ferocious. I want your heart. I want to eat your children. Praise be to Allah.”

The series explores Tyson’s life from childhood traumas to his rapid ascent to heavyweight champion. From his violent, dark transgressions to his comebacks, free falls and back again, “MIKE” gives viewers an unbiased, unauthorized telling of one of the most complex and polarizing figures in cultural history.

When I first heard about the piece, I assumed that I would probably be the person [selected]. So, I started to eat more and train every day. It’s more about doing less cardio and eating more food. Three months out, I started training with my boxing coach and she helped me become more fluid in reference to the boxing aspect of things.

Mike Tyson used to train all day. Was that something that you had to incorporate into your preparation?

I think that’s part of the reason I like and regard Mike in such a great way. The perspective of being obsessed with something, regardless of what it is, I can relate to heavily, which is why I love my craft now. I grew up an athlete, and he was one of those spirit animals for me. For me, it was just turning my mind and focus in that particular direction and then leaning into it.

What did this role do for you?

For me, it’s an evolution of not just who I am as a man, but who I am creatively, too. It was one of those things that I try to follow my spirit with, my creative artistry. This role gifted me the opportunity to “put on wax” a smidgen of my creative ability.

What was one key lesson you learned playing Mike Tyson?

Everything is a continuation of me. Everything just seams together. The physical aspect was something that I was really excited about. Being an Olympic athlete myself, [it] was perfect for me.

What was one thing about Tyson that you felt was misunderstood after playing him?

… Hopefully, people watching the series will get a taste for understanding him, and I think from there you’ll develop a better understanding.

From creator-screenwriter Steven Rogers and the team behind “I, Tonya”; and showrunner Karin Gist, executive producer of “Our Kind of People,” Hulu’s “MIKE” explores the dynamic and controversial story of Mike Tyson. The series debuts on Aug. 25 on Hulu. 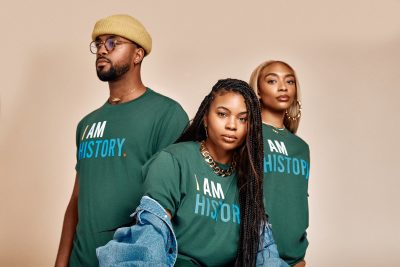