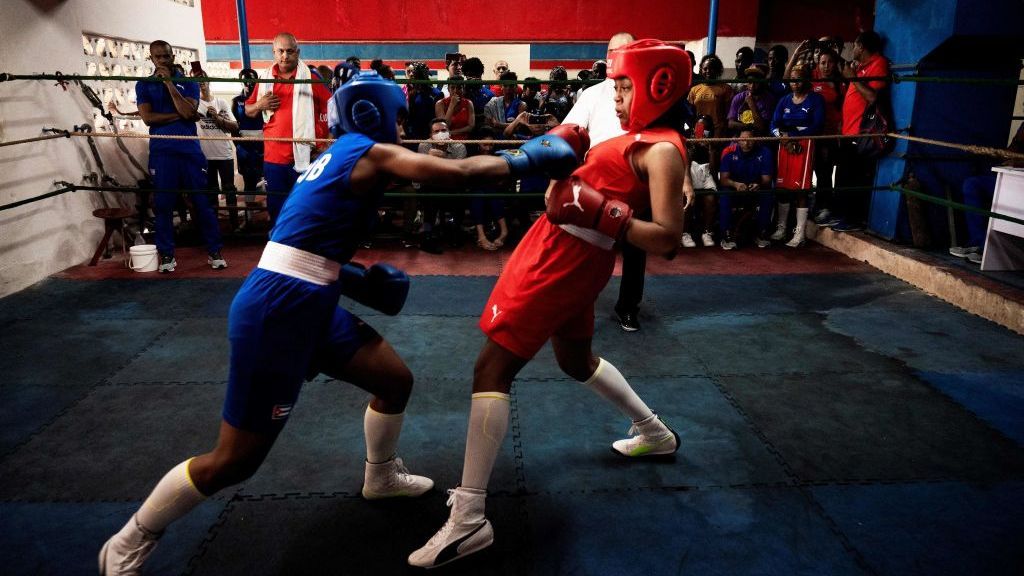 CUBA, Mo. — Cuban female boxer now can officially punch in the boxing ring after Cuban authorities have allowed women to compete in boxing. The first official women match in the boxing match in Cuba was won by Elianni Garcia Polledo in December 2022. Boxing is traditionally Cuba’s favorite sport along with baseball.

“It is a historic result for Cuban boxing,” said judges over the loudspeaker when announcing Polledo as the winner in a first for the communist island nation

Cuban women have made an impact at the international and olympic levels in other sports. Including weightlifting and wrestling, since 2006. Women boxing is now paracticed in 187 of the 202 member countries of the International Boxing Association (IBA). No professional sports are allowed in the country in keeping with its Marxist-Lennist doctrine meaning that many Cuban athletes of both genders flee abroad to pursue careers in sport.

Now days Cuba has had female representation in all sport. “This is a moment that we have been preparing for, for several years,” Alberto Puig de la Barca, president of the Cuban Boxing Federation said.

Namibia Flores, who known as Cuban boxing coach for two decades of dedication in boxing happy that women can compete today. “I’m really happy it’s happened,” Flores said. Flores is a trainer, she was one of the first girls who is in training since 2006.

Although it is a sweet moment, it’s also means bittersweet moment for Flores. She has been two decades of dedication, but when the chance to compete comes, she now too old to be eligible to box competitively for Cuba. Flores at 46, the maximum is 40 years old. She have bittersweet feeling, because
can’t represent Cuba. She hope to attend Paris 2024 as the leading women’s boxing trainer.“I’m just trying to do my part,” Flores said.

Besides lateness of woman allowed to be compete in boxing, there are others problems with economic crisis. Now days, it’s hard to find food, and enough vitamins, even finding boxing equipment. Finding boxing gloves, punching bags, and skipping ropes is hard to come by since Cold War.
“It taken a great effort, ” heavyweight Joanna Rodriguez said.

As a result of the change in policy it is projected that at the next Boxing World Cup in Tashkent, capital of Uzbekistan, in May, Cuba could be represented
by its women.