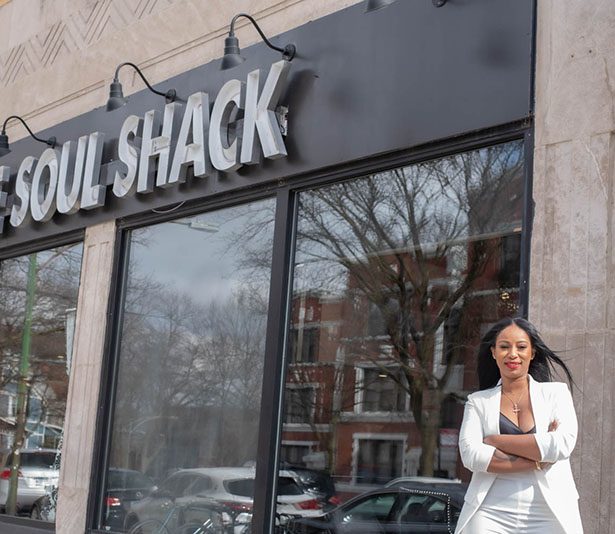 Keisha Rucker, co-owner of The Soul Shack restaurant in the Hyde Park neighborhood of Chicago, is weathering the storm of COVID-19. Rucker recently celebrated the one year anniversary of her business. Known as “Mz. Hyde Park,” Rucker is a staple in the community and continues to thrive. Rolling out spoke with Rucker about her food, […] 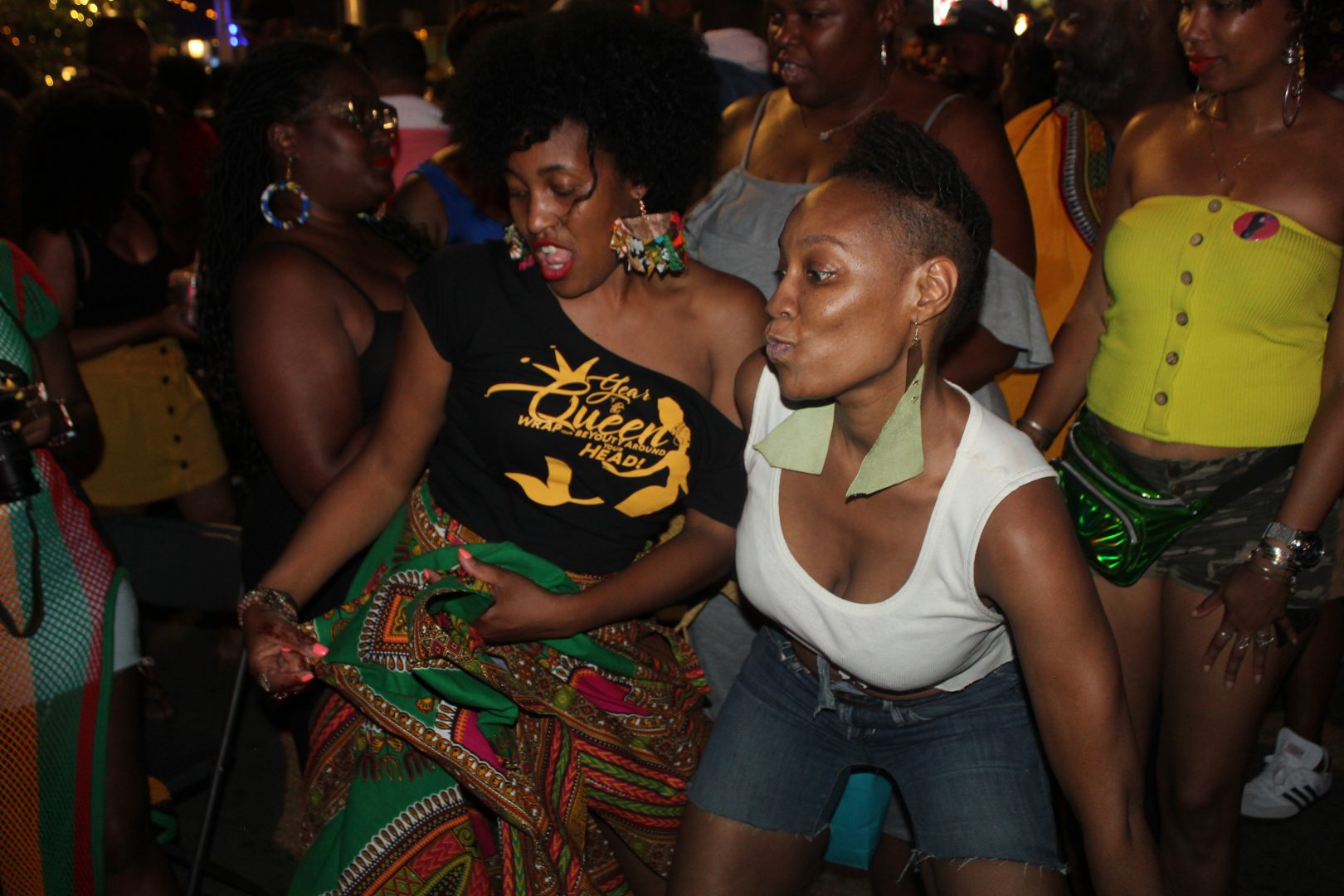 The 16th annual Silver Room Block Party on July 20, 2019, promised to be a scorcher one way or another. Chicago has recently been under a heatwave like the rest of the nation and many planned to stay cool in air conditioning instead of bracing for a fun time in the sun. As Mother Nature […]

Nikko Washington pays homage to his youth through art 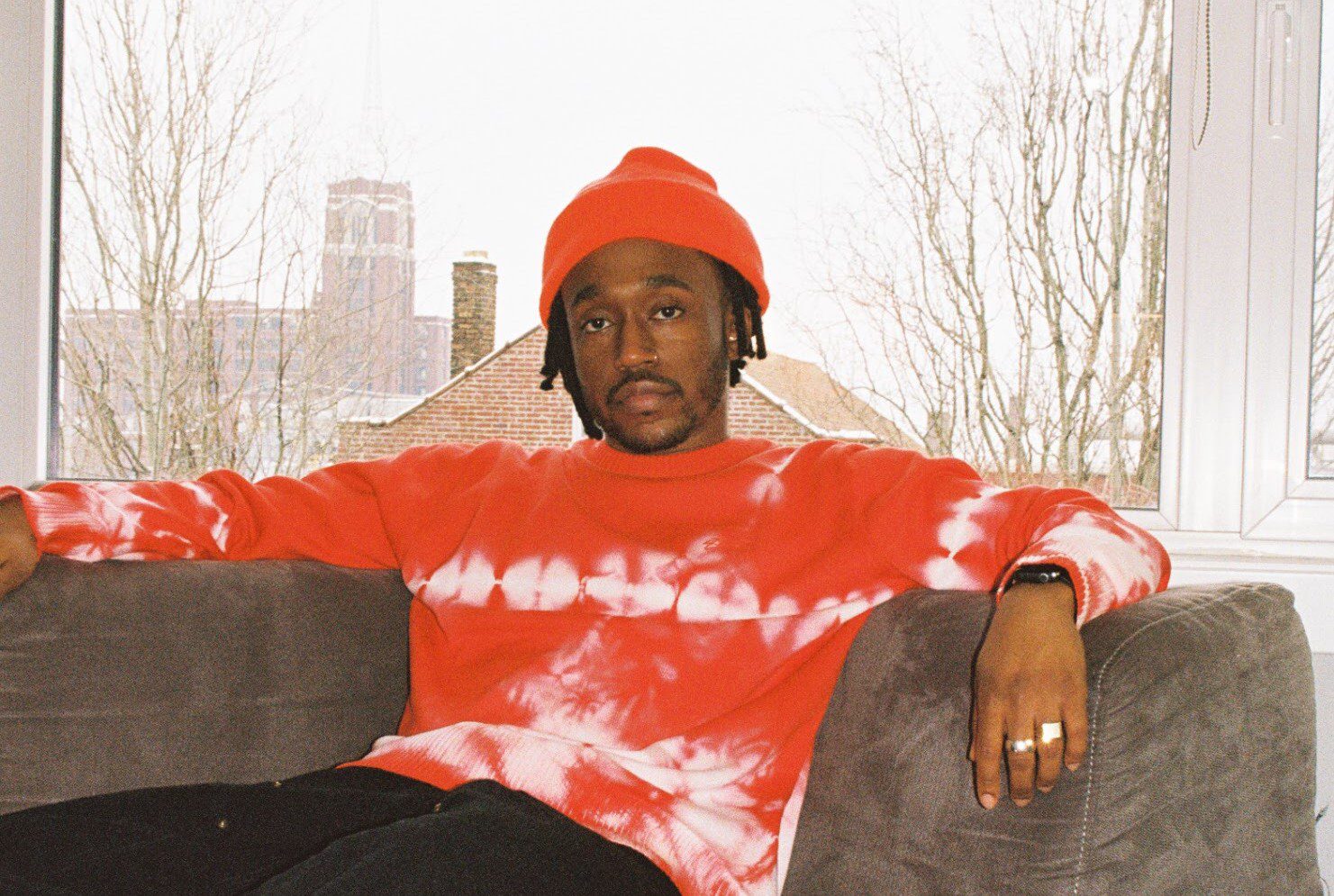 Looking at Nikko Washington’s artwork, the first feature that captures your attention is his use of bold colors in his portraitures. The 25-year-old School of the Art Institute artist recently wrapped up a major solo exhibit at Café Logan at the Logan Center for the Arts at the University of Chicago. The “53 ‘til Infinity” creator pays homage […] 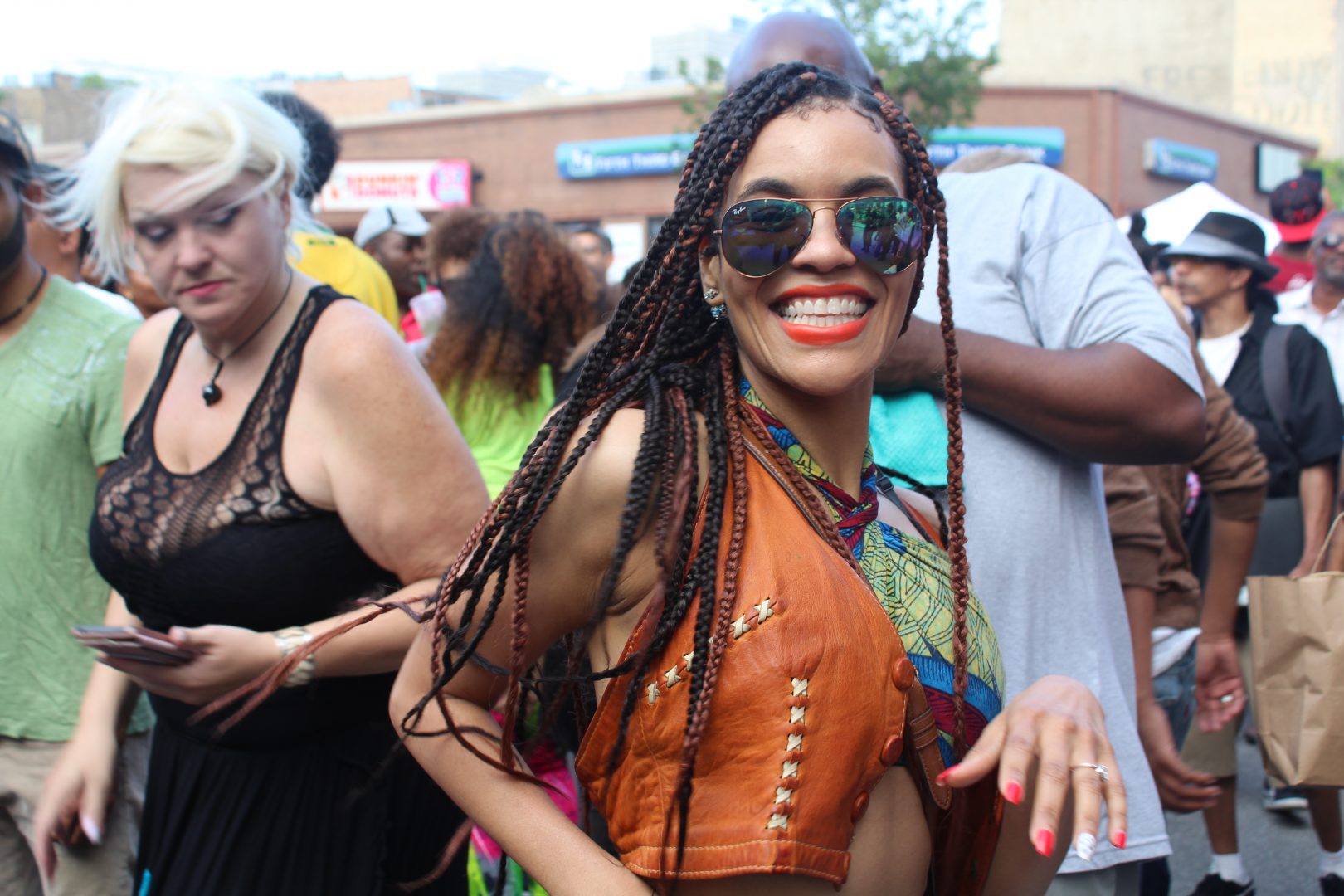 Under the threat of rain, the Silver Room Block Party still managed to light up the South Side of Chicago with music, food, vendors and good vibes. This year’s theme was The Beautiful People, and if you were lucky enough to be in Hyde Park for the block party you would have seen beauty exemplified […] 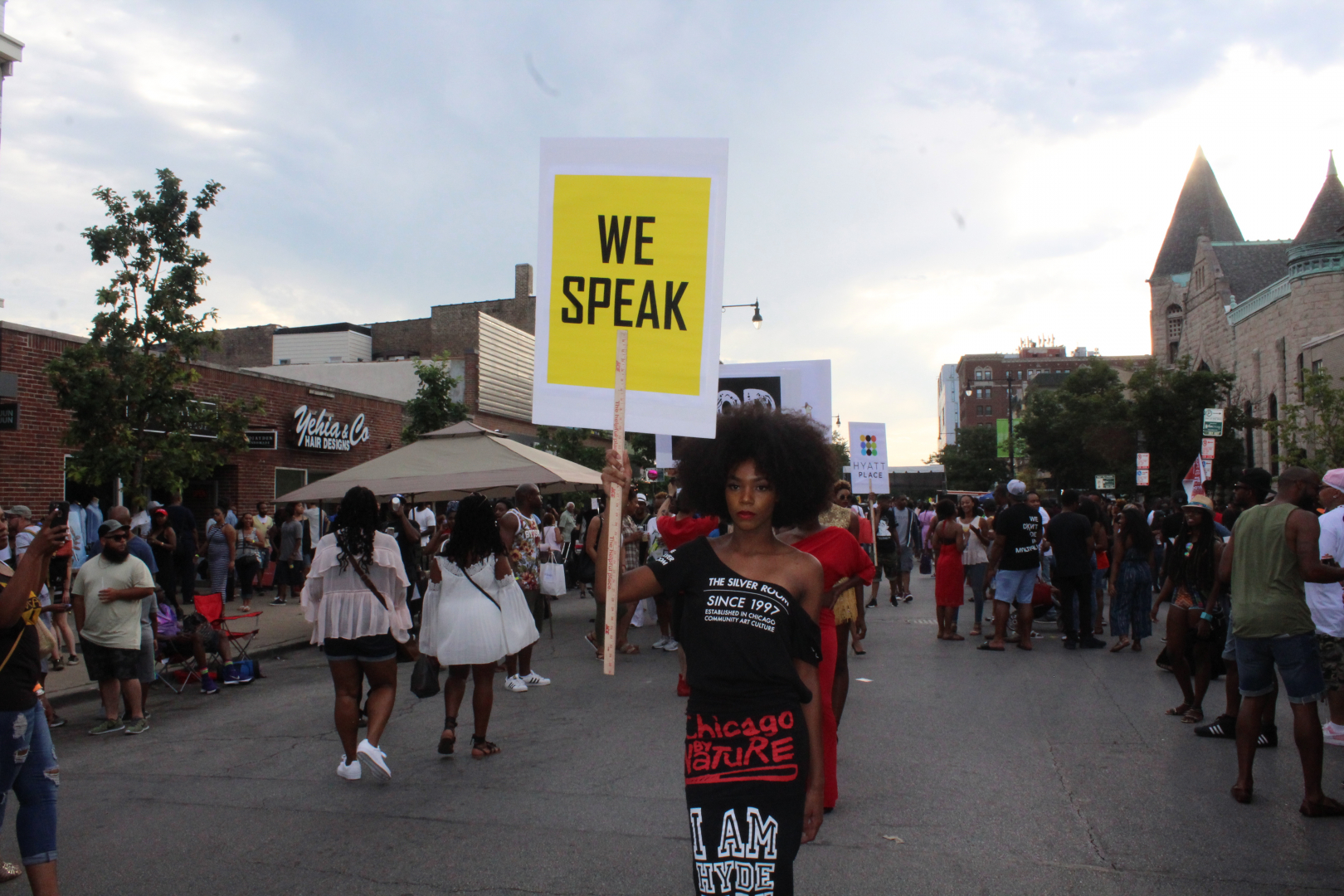 The 14th annual Silver Room Block Party still has Chicago on a love high. Check out a few sights and sounds from the legendary summer event held in the Hyde Park neighborhood of Chicago. [jwplatform dOGM4Tyu] 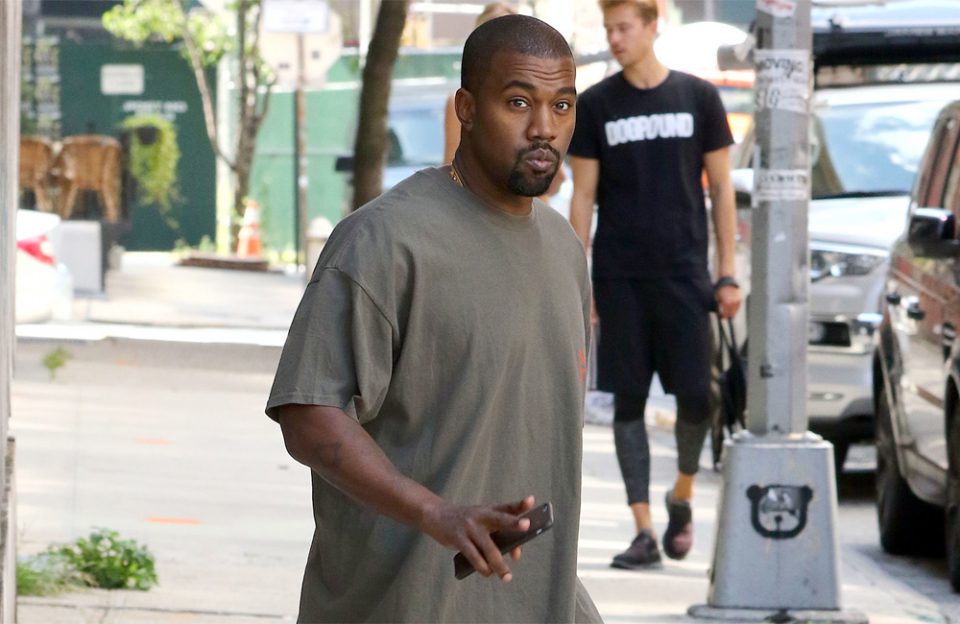 Kanye West is reportedly teaming up with Justin Bieber for his big comeback album. The “Sorry” hitmaker revealed last September that the pair had written songs together and that he wasn’t sure if they would see the light of day. However, they are likely to book in further studio time later this year, when the 23-year-old […] The Silver Room Sound System Block Party is back after a break following its move from Wicker Park to the South Side Hyde Park Community. For many years this has been a highly anticipated event funded by the Silver Rooms owner, Eric Williams, and donations from patrons and sponsors. The event is essentially a celebration of art, […]

Dave Jeff talks God, fashion and being a Chicago Kid You can’t mention streetwear and not mention Dave Jeff. His PHLI brand has been a consistent and ubiquitous brand worn by countless individuals around the world. Jeff is a testament to being true to his community and his faith. As a business owner, he knows what is important to his growth and how to connect with […] The Silver Room in Hyde Park played host to Hey Brown Girl presented by Aplomb and their most recent event “Let’s hear it for the Boy,” a pop up event celebrating women and men who love all things vintage, everything from clothing and accessories to home goods and more. The event featured eight different vendors, all offering […] When it comes to music in 2015, there seems to be an abundance of rap, pop and EDM. At some point during the past few decades the formula switched up. R&B got lost in the shuffle. Once upon a time, you could hear a great R&B song with a hot 16 from your favorite rapper. That […] World-renowned artists Bobby V, Chico DeBarge and Adina Howard did an phenomenal job at Chicago’s Promontory in Hyde Park. The Promontory is the new hot spot where it houses an event called “Sweet Tea Saturdays” for our favorite artists to perform their hit classics and new music for their loyal fans. The venue was packed […]

Chicago native Syleena Johnson recently celebrated the release of her sixth studio album, Chapter 6: Couples Therapy, with a intimate album release party at new Chicago venue The Promontory, located in the Hyde Park neighborhood. Sponsored in part by Johnson’s new label home Blakbyrd Entertainment, along with Heineken, 30+ Marketing and Twoguard Media Group, and Juan and Only […]

For anyone who thinks black businesses are dying, they have obviously never been to the annual African festival held in the historic Hyde Park neighborhood on Chicago’s South Side. Beginning on Friday, August 29 and wrapping up on Labor Day, Washington Park was transformed into an African marketplace, filled with hundreds of vendors selling everything […]

Soulful. Charming. Charismatic. These are just a few words to describe Musiq Soulchild when he performs live. Chicago was fortunate enough to get a healthy dose of the R&B crooner at the city’s 25th Annual African Festival of the Arts, hosted by Africa House International, USA — a nonprofit organization committed to providing exposure to […]

A10 brings the best of both worlds to the popular Hyde Park area. There are two sides to this restaurant. On the left you have the upscale dining area, where water is poured from wine bottles. The wait staff has napkins draped over their arms and they tend to your every need. The ambiance puts […]

Yesterday was Small Business Saturday, and President Obama’s senior advisor and Chicago native, Valerie Jarrett, celebrated the day by shopping at a number of small businesses in Chicago’s Hyde Park neighborhood, including the popular clothing boutique Sir & Madame as pictured above. Jarrett shared the following message via her twitter account: Today I’m spending #SmallBusinessSaturday back […]