On March 2nd, reality star Kim Zolciak, held a bottle signing for her new Viva Diva Moscato at Krogers grocery store in Buckhead. Numerous amounts of fans came out to see Kim and her husband Kroy as they autographed bottle after bottle of the Moscato. Some fans had cases of wine while they stood in line singing, “Don’t Be Tardy For The Party”.

One fan drove from San Diego, donning a blinged out t shirt saying, “Don’t Be Tardy.” Speaking of which, Kim’s new spin-off show Don’t Be Party premieres April 9th on Bravo. Check out all the photos and to see Kim’s hot post-bod after bouncing back from having her baby boy a few months ago. Pics by Tami Reed 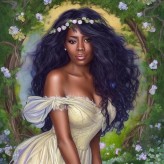