Though you may not know it, actor Keith Robinson (Dreamgirls, Get On Up ) is an accomplished singer-songwriter in his own right.

A native of Kentucky, Robinson began pursuing a music career while still in high school as a member of a group he describes as a “Diet Jodeci.” Later, while attending the University of Georgia, another group he was a part of scored a short-lived recording contract with Motown, though no material was ever released by the famed label. After college, he ventured out to Los Angeles where a chance encounter kick-started the acting career he never set out to have. He soon landed his first role as Joel Rawlings, aka the Green Ranger in the television show “Power Rangers Lightspeed Rescue” and has since gone on to be a part of over 70 film and television projects to date including his star making role as C.C. White in the hit film, Dreamgirls, alongside Beyoncé Knowles, Jennifer Hudson, Jamie Foxx and Eddie Murphy.

Though keeping busy with his burgeoning acting career, Robinson continued working on music and oftentimes got his songs placed in projects he appeared in. Through his scoring company, Theme Song, he has also scored music for a number of movies, including 35 and Ticking, Blade 3, Divorce Invitation, and Fat Albert. Now the 39-year-old Renaissance man is refocusing his energy on the career as a recording artist he always intended to have.

Rolling out recently caught up with Robinson to discuss his start in music, his transition into acting, and his upcoming album, Love Episodic.

Take us back to your start in entertainment. How did you find your way into acting when you wanted to sing?
What happened was my college group had a very short-lived deal with Motown. Probably the shortest record deal in history. Because of the deal we ended up in Los Angeles. I happened to have a friend there that was an actor because everyone in L.A. is an actor. So I just wanted to go to an acting class to see what the fuss was about. I thought if anything it may help me with my stage presence. It just so happened that they day I went they didn’t have enough readers in the class so I ended up filling in to read and my friend said I had talent. Three weeks later she called me back and said that I should go read for this role that ended up being for Power Rangers and after that people just kept calling me back. Next thing you know, four or five auditions later I was on primetime TV. After that I just started really studying the craft but I was still doing music at the same time. Any project that I was on, I’d try to sneak in a song on the soundtrack or ask them to let me do some music for it in some fashion. So it was always music first. Music is where it begins and ends for me.

Who were your musical influences?
I grew up in the Hip Hop era so that was a heavy influence for me. My mom was singer back in the Aretha Franklin era and actually had a deal with Motown as well at one point so she was definitely an influence on me. Stevie Wonder is one of my all time favorites. Donny Hathaway as well. I love Sting. I love Seal. I love Sade. The list really goes on. But the 90’s era of R&B, listening to Boyz II Men and Jodeci, that was the era where I saw guys that looked and dressed like me and gave me the courage to begin to jump in the mix and do it as well.

As a singer-songwriter, what’s one song that’s so good you wish you had written it?
“Human Nature” by Michael Jackson. I think the melody is infectious. It immediately creates a mood as soon as you hear it and it’s seamless. It feels like that song was already in existence before we got here. It’s just one of those songs that no one dislikes. I think it epitomized R&B and Soul and his vocal delivery is just flawless.

Name three “no skip” albums that you can listen to repeatedly from beginning to end?
Stevie Wonder’s Songs In The Key of Life, Jodeci’s Diary of a Mad Band, and Outkast’s Southernplayalisticadillacmuzik. And if I can throw an honorable mention in there it would Dr. Dre’s The Chronic.

What was the first project that you were a part of in which you got to utilize your music?
I think the first time I got a song placed was in the movie, Fat Albert. It was my first studio movie and I just kept on the music supervisor and kept submitting songs until he finally chose a song I did called “I’m In Love”.

A couple years after Fat Albert, Dreamgirls came along for you. What was it like to be a part of that cast?
It was validating for me. It kinda made me know that the hunch I had about moving to LA was right. I feel honored to be a part of what I consider one the greatest black, if not all around, casts ever assembled. It was just an incredible experience. Everyone had a mutual respect for everyone. The play was already a classic so we kinda had the responsibility of bringing it to the big screen in the right way. It’s one of those projects that’ll always be around. I think it’s one of the films I’ll always be identified with.

Your song, “Patience,” which was a part of the film ended up being nominated for an Oscar, correct?
Yes, in fact three songs associated with the film got Oscar nods. “Patience”, another song called “Love You I Do”, and another you may have heard called “Listen” by Beyoncé. *laughs* We got to do a medley of all three at the 2007 Academy Awards.

The Oscars is one of the biggest stages any entertainer could ever hope to be on. What was that experience like for you?
Unbelievable! I mean I was on stage with Bey and Jennifer Hudson and Anika Noni Rose in front of billions of people. I’d be hard pressed to find a bigger gig than that one. It was kind like the Super Bowl for a football player in that you work your whole life to get there so I’m grateful that I got a chance to go and I’m trying to get back as soon as possible.

Getting back to the music, do you think once Love Episodic drops, people will go back, do a little research and realize there’s other Keith Robinson material from a couple years back that flew under the radar?
Man I think I’m under the radar, period. People are always shocked when they hear me sing or find out how deep the music runs within me. I embrace that though. It’s a challenge for me to reintroduce myself in this capacity. People always ask me “When did you start singing?” and I usually reply “Well when did you start listening?” *laughs*

What can you tell us about your latest single, “Love Somebody”?
This one was a little bit of uncharted territory for me as far as the vocal arrangement because I wanted to use my falsetto. The song is produced by man Vincent Watson aka Invincible, an up and coming cat out of D.C., kind of a best kept secret like myself. We’ve been doing songs together a long time and I think we got one here. I’m excited for everybody to check it out.

What can we look forward to with Love Episodic?
I just want folks to know it’s my own personal version of soul music. It’s live instrumentation and real content. Ten full songs of all my influences, where I come from, what I think, and what’s on my mind. The Love Episodic is like an episode of love. I call it the anatomy of a relationship. All ten songs are kind of connected and takes you on a journey of boy meets girl, they hit it off, they fall in love, they fall out, then they try to put it back together. These ten songs will be my interpretation of that whole thing we go through as human beings in relationships.

What are you thoughts on modern R&B?
I’m a soul singer so I’m all about traditional R&B. I think R&B is kinda like the stepchild that’s trying hard to be noticed right now. It’s definitely making its way back with artists like myself. I feel like there’s a demand in the marketplace but it’s not really being supplied like it should. There’s always gonna be a place for R&B though. Artist just have to push through and ignore the numbers and just continue to bring it to the people. It feels like R&B is in the space where Hip Hop was before it blew up where you had to take it to the people and sell it out the trunk of your car and sell it hand to hand. You know, gather some women in a room and sing to them with a guitar. And that’s kind of the grassroots approach that I’m taking with this project.

Any other projects coming up for you that we should look out for in addition to the album?
I have a new show that I’m working on right now in Atlanta called Saints & Sinners. It’s a musical drama akin to Empire but in a church setting if you will. The soundtrack really has me excited. I did a duet with Erica Campbell from Mary Mary that was produced by Polow Da Don. I did another song with Johnta Austin and Troy Taylor called “Pain”. Kelly Price is on the soundtrack as well as the show. Deitrick Haddon also appears on the show and has a song on the soundtrack with Big Boi from Outkast. Rick Ross, LeCrae, and Monica are all on the soundtrack as well. I think it’s gonna shock people because it’s one of those soundtracks like back in the day when you had Above The Rim or Waiting To Exhale where every song features a great artist. I feel like we kinda captured that on this soundtrack. It drops sometime in February about the same time as my album.

Love Episodic is scheduled to drop in February 2016.

For more information on Keith Robinson, please visit www.KeithSings.com or connect with him on social media platforms at @KeithSings. 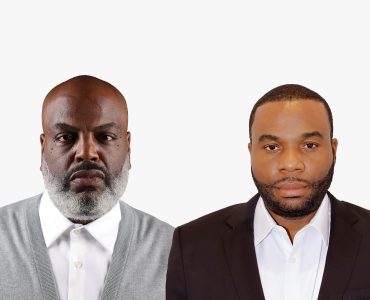 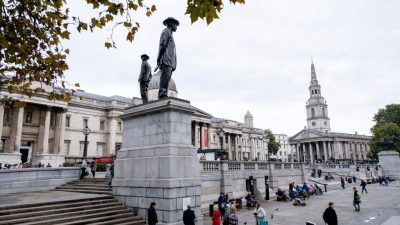