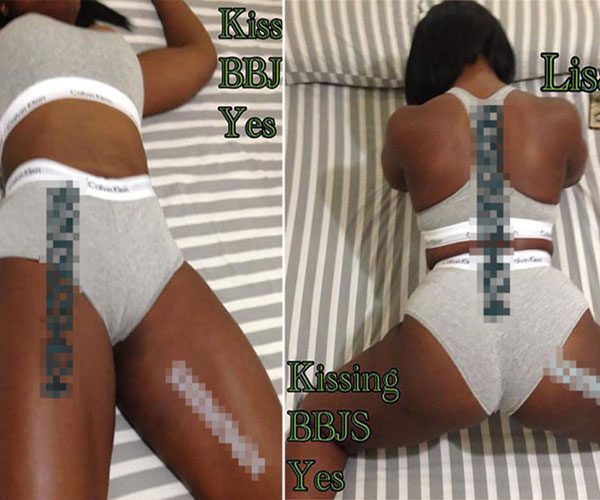 Apparently, one woman’s job as a corrections officer wasn’t enough to make ends meet so she decided to be a prostitute. Police say that Geliesha Smith was offering sex on at least a dozen websites while employed by the New York Department of Corrections, and was assigned to the Federal Narcotics Task Force, which is comprised of several law enforcement entities.

But on website Backpage.com she was known as Lisa and states in her ad, “Hi Guy’s [sic] I’m LISA,” one ad reads. “This is a one of a kind experience! I have a BEAUTIFUL face to match my Sexy Petite body.”

Included along with the ad are sexy pictures and a video of her performing oral sex on an unknown man. Smith was caught by an undercover cop after she agreed to a meeting and set the price for sex at $120. Officers raided her room at a Days Inn in Brooklyn and took her into custody. She was arraigned earlier this week and released without bail but she will soon to be out of a job. Peter Thorne, a Correction Department spokesman, stated “We have zero tolerance for any illegal behavior on the part of staff. This employee was immediately suspended and is being terminated.”

Smith was just hired as a probationary employee in March 2016 with a salary of at least $75K per year as a community coordinator with the Department of Corrections. Backpage has been in the news lately because of recent evidence that company executives knew their website was being used to promote prostitution across the nation. Earlier this week the company was forced to remove its adult services section after evidence showed that sex trafficking was rampant on the site. Backpage released a statement which reads in part, “The decision of Backpage.com today to remove its Adult section in the United States will no doubt be heralded as a victory by those seeking to shutter the site, but it should be understood for what it is: an accumulation of acts of government censorship using extra-legal tactics.”