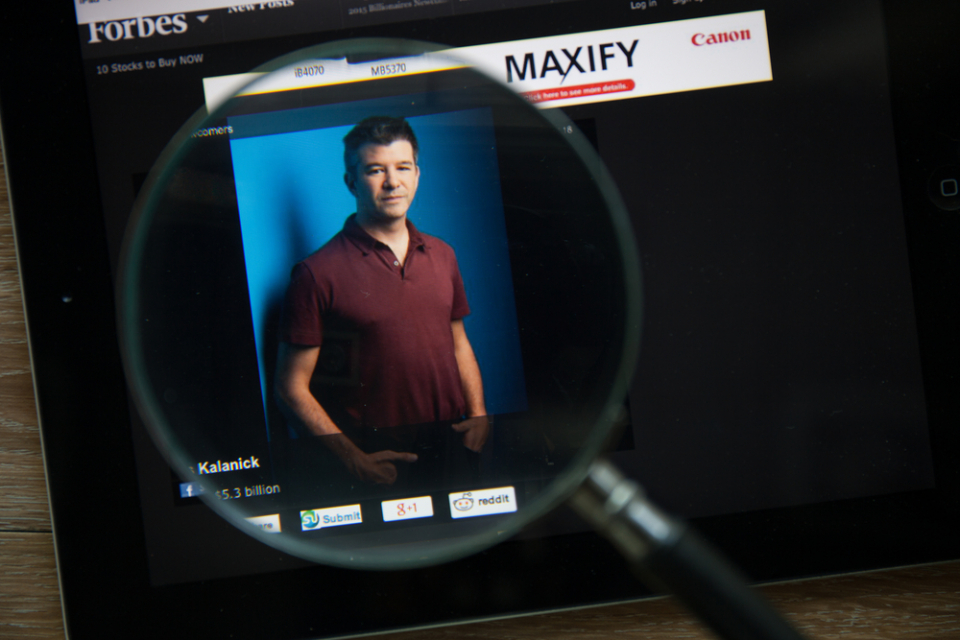 In an email sent on Saturday night, Jan. 28, 2017, Uber CEO Travis Kalanick pledges the ride-sharing app will compensate its “thousands of drivers” who are affected by President Donald Trump’s executive order barring any non-U.S. citizen traveling from Iraq, Syria, Iran, Sudan, Libya, Somalia or Yemen from entering the United States for 90 days.

Protestors showed up in airports around the U.S. to protest the immigration ban. The New York Taxi Workers Alliance announced an hour-long boycott of JFK Airport. And they even deleted the Uber app.

Kalanick was accused of “colluding with Trump” and failing to take a stand against policy.

This afternoon I sent the email below to Uber employees and thought I would include here:

Yesterday President Trump signed an executive order suspending entry of citizens from seven countries—Iran, Iraq, Libya, Somalia, Sudan, Syria and Yemen—to the United States for at least the next 90 days.
Our People Ops team has already reached out to the dozen or so employees who we know are affected: for example, those who live and work in the U.S., are legal residents but not naturalized citizens will not be able to get back into the country if they are traveling outside of the U.S. now or anytime in the next 90 days. Anyone who believes that this order could impact them should contact our immigration team immediately.
This order has far broader implications as it also affects thousands of drivers who use Uber and come from the listed countries, many of whom take long breaks to go back home to see their extended family. These drivers currently outside of the U.S. will not be able to get back into the country for 90 days. That means they will not be able to earn a living and support their families—and of course they will be separated from their loved ones during that time.
We are working out a process to identify these drivers and compensate them pro bono during the next three months to help mitigate some of the financial stress and complications with supporting their families and putting food on the table. We will have more details on this in the coming days.
While every government has their own immigration controls, allowing people from all around the world to come here and make America their home has largely been the U.S.’s policy since its founding. That means this ban will impact many innocent people—an issue that I will raise this coming Friday when I go to Washington for President Trump’s first business advisory group meeting.
Ever since Uber’s founding we’ve had to work with governments and politicians of all political persuasions across hundreds of cities and dozens of countries. Though we share common ground with many of them, we have had areas of disagreement with each of them. In some cases we’ve had to stand and fight to make progress, other times we’ve been able to effect change from within through persuasion and argument.
But whatever the city or country—from the U.S. and Mexico to China and Malaysia—we’ve taken the view that in order to serve cities you need to give their citizens a voice, a seat at the table. We partner around the world optimistically in the belief that by speaking up and engaging we can make a difference. Our experience is that not doing so shortchanges cities and the people who live in them. This is why I agreed in early December to join President Trump’s economic advisory group along with Elon Musk (CEO of Tesla), Mary Barra (Chairwoman/CEO of General Motors), Indra Nooyi (Chairwoman/CEO of Pepsi), Ginni Rometty (Chairwoman/CEO of IBM), Bob Iger (Chairman/CEO of Disney), Jack Welch (former Chairman of GE) and a dozen other business leaders.
I understand that many people internally and externally may not agree with that decision, and that’s OK. It’s the magic of living in America that people are free to disagree. But whatever your view please know that I’ve always believed in principled confrontation and just change; and have never shied away (maybe to my detriment) from fighting for what’s right.
Thanks,
Travis Kalanick