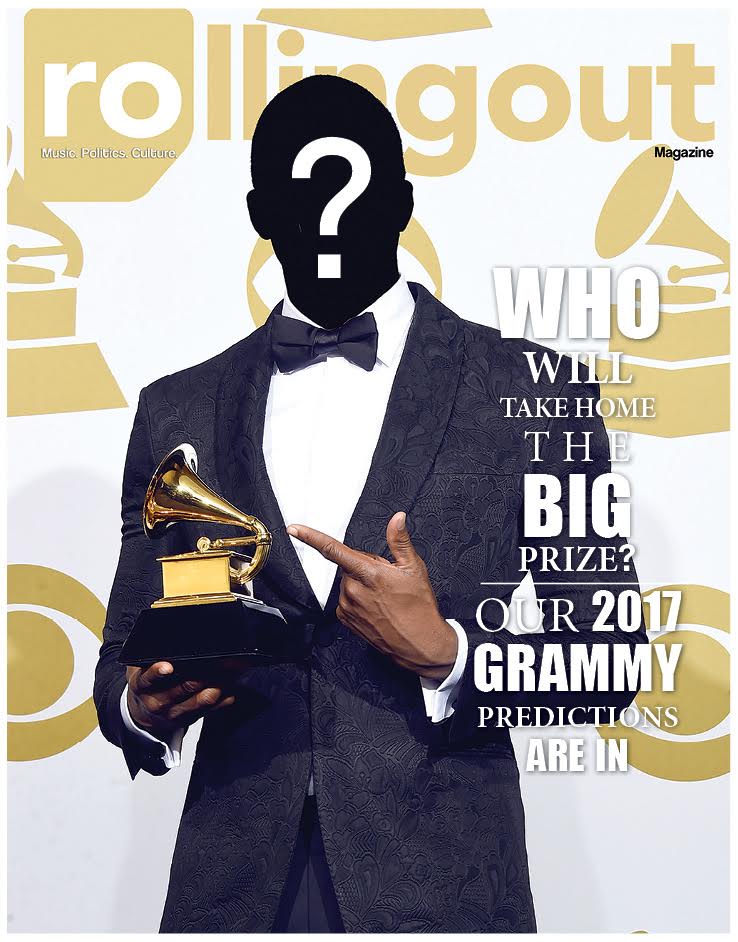 If you’re reading this story hoping to find a list of can’t miss predictions for the 2017 Grammy Awards, then you’ll be disappointed. This year, the only thing that can be said with absolute certainty is that we’re completely uncertain of any possible voting outcomes. But isn’t that every year?

Here’s what we know. This year’s Grammy Awards — the 59th edition for those counting along at home — is set to take place Feb. 12, 2017, at 5 p.m. PST at the Staples Center in Los Angeles. Popular late night host and car karaoke enthusiast James Corden is set to man the hosting duties.

Outside of that, what we can guess with a fair amount of certainty is that there will be a lot of fireworks on display as two titans of the industry get set to show down in a compelling heavyweight matchup.

There will surely be those who have developed Beyoncé and Adele fatigue over the years, but if you truly believe that these two don’t deserve to lead the pack in nominations, then you’re just being a hater, and that’s OK.

Outside of their showdown, which we’ll dive into momentarily, other artists we’ll be paying close attention to are Kanye West, Rihanna, Drake and Chance the Rapper. The latter three had fantastic years, while the former is just worth watching in case a breakdown is right around the corner.

But let’s dive right into our official selections for the 2017 Grammy Awards. And don’t worry, we’ll be live tweeting throughout, so feel free to remind us if we get a few of these wrong.

Categories That We Are Eyeing

Let it be said here: Beyoncé is this generation’s Michael Jackson. Period. The main part of that is how truly synonymous she’s become with music videos. This year’s Grammy Awards would be hard-pressed to find someone who deserves this award more than Bey.

Who should win: Beyoncé – Lemonade
Who will win: Rihanna – Anti

Really, 2016 was a great year for artists, but what was truly amazing was the changing narrative provided by Rihanna with the release of her Anti album. Throughout her career, the singer was thought to be a hit factory, incapable of creating a more cohesive, meaningful body of work. But I guess she showed us all with this impressive offering.

Simply put, this was the year of Chance. With a presidential cosign, and his career trajectory heading upward, this will be one of several awards taken home by the Chi-Town product on Grammy night.

In any other year, Kanye West would probably coast to an easy win with his powerful “Ultralight Beam.” But this isn’t any year, and this isn’t a normal field as this category is crowded with some really amazing songs. With the vote predictably being split between him and Drake, it’s not hard to imagine Beyoncé sliding in with the minor majority to take home the trophy.

Who should win: Chance the Rapper – Coloring Book
Who will win: Drake – Views

Now, this is incredibly unfortunate. It would be a long shot for Chance the Rapper to win Rap Album of the Year, simply because of the Grammys’ history of voting for front-runners. But let’s be clear: Coloring Book was one of the strongest rap offerings in quite some time. With that said, though, the voters can’t ignore the mega success of Drake’s Views, though it wasn’t as critically praised as former works. Expect the King of Canada to win.

Album of the Year

This is typically an award that Adele would win. But this is the year of Bey, and with a collection of work more original and armed with a more riveting narrative than Adele’s 25, expect Beyoncé to win the biggest prize for Lemonade. This award will almost definitely come down to the two of them, so we can’t wait to see what the final tally is.

Here are the rest of the categories we’ll anxiously watch.

Record of the Year

“Stressed Out” – Twenty One Pilots

Song of the Year

In My Mind – BJ the Chicago Kid

“I Do” – Musiq Soulchild

“Cranes In the Sky” – Solange

“The Three Of Me” – William Bell

“Sleeping With the One I Love” – Fantasia

“Lake by the Ocean” – Hod David and Musze, songwriters (Maxwell)

Images courtesy of The Grammy Foundation