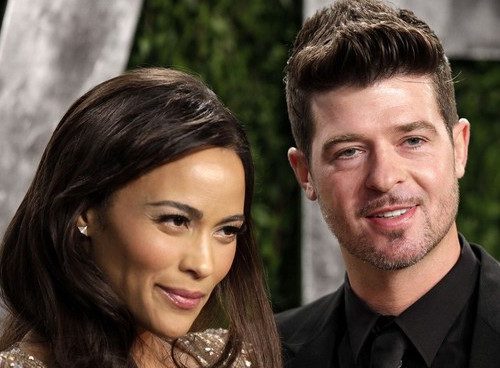 Paula Patton has a change of heart — well, kind of.

Previously reported, the actress was recently awarded temporary sole custody of the couple’s 6-year-old son Julian, after the actress claimed that her ex husband, Robin Thicke, was both physically and emotionally abusive.

“I received a call from Julian’s school … from [the] Principal and Mediator … they advised as to comments and statements Julian made to them about the way [Thicke] hits and punishes him in private,” Patton claimed in court documents. “I confirmed that I had been hearing the same things and that I did not know how to handle and was very concerned.[The] principal and [mediator] called Department of Child and Family Services on Jan. 4, 2017, to report their concerns about [Thicke’s] abuse of Julian.”

While Thicke has since refuted all claims of abuse, telling the court, “It is my belief that Paula holds residual anger toward me because I and my family would not permit her or her family to attend the funeral of my father [Alan Thicke] on Dec. 20, 2016;” the matter only got worse for the singer in the weeks following.

On Thursday, Jan. 26, a judge also issued a temporary domestic violence restraining order against Thicke, ordering him to stay away from her, their son and her mother, due to a specific finding concerning Thicke’s “history of domestic violence;” including instances where he “kicked, pushed and hit petitioner with an open fist,” E! News reported at the time.

Fast forward just one week and it appears that the dust has begun to settle. In spite of the restraining order, TMZ reports that Thicke took Julian to Kids World on Saturday, Feb. 4, in a suburb of L.A. However, due to claims of abuse, a court-appointed monitor was present during the outing. Meanwhile, sources say despite a round of super contentious court hearings (and more to come), Patton believes the father-son relationship is important. So, she’s agreed to let Thicke see their son three days a week for a few hours each day, with a court appointed supervisor, of course.

Thicke and Patton are slated to appear back in court during the following two months, where they will hash out permanent custody orders.