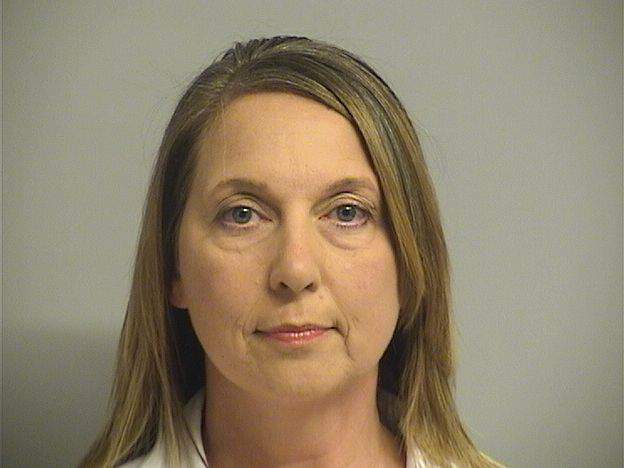 The police officer who was acquitted of first-degree manslaughter in the shooting death of an unarmed Black man in Tulsa, Oklahoma, is reportedly returning to work today, May 22, 2017, just five days after the jury returned with the decision in her favor.

Officer Betty Jo Shelby shot and killed Terence Crutcher, 40, when she encountered him next to his stalled vehicle on a city street on September 16, 2016. She said she was in fear of her life when she discharged her firearm. Crutcher can be seen in video footage walking away from the officers with his hands in the air before he is shot in the chest.

She felt Crutcher was reaching into his SUV for a gun — though no weapon was found in his vehicle. Prosecutors later argued unsuccessfully that Shelby used an unreasonable amount of force against Crutcher.

Shelby’s defense attorney, Shannon McMurray, said her client will be going back to work at the Tulsa Police Department – but she will be barred from street patrol until the internal affairs investigation is completed.

“The decision today was obviously a slap in the face, and I think that’s how a lot of the Black community feels,” Anthony Scott, pastor at First Baptist Church North Tulsa, told the Times. “It’s like pouring salt on a wound.”

Shelby is among several other officers who were permitted to return to work after being accused of excessive force. The officers involved in the 2015 death of Freddie Gray have returned to work. Same goes for Daniel Pantaleo, the NYPD officer who held Eric Garner in a fatal chokehold in 2014. To add, Pantaleo got more than just his job back; he has been paid six figures in overtime while working modified desk duty.