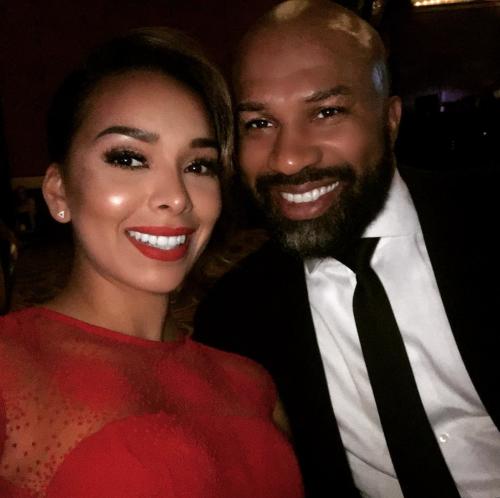 Derek Fisher seems to be in the hot seat again. This time, Fisher was actually ejected from the hot seat when his Cadillac SUV went flipping over at 3:00 a.m. with former “Love and Basketball” star Gloria Govan in the passenger seat. Thank goodness reports claim the two of them were unharmed in the accident.

Paparazzi spotted Fisher leaving club Catch in Los Angeles at 11:45 p.m. alone Saturday night. Following, he must have gone to pick up Govan because less than four hours later, tragedy stuck. After 3:00 a.m. PST, police arrived at the accident scene where Fisher had veered into the paved right shoulder of the 101 just east of the 405 interchange.

Following the accident, Fisher, a former NBA player and head coach, was arrested on suspicion of DUI.

Govan and Fisher have been a public couple since October 2015. Both were formerly married. Govan is most popular for her previous marriage to NBA player Matt Barnes and her escapades on the VH1 show “Basketball Wives” with her sister Laura Govan. Barnes also played with Fisher for the LA Lakers. Fisher was head coach of the New York Knicks, 2014-16, going 40-96 before being fired in his second season.