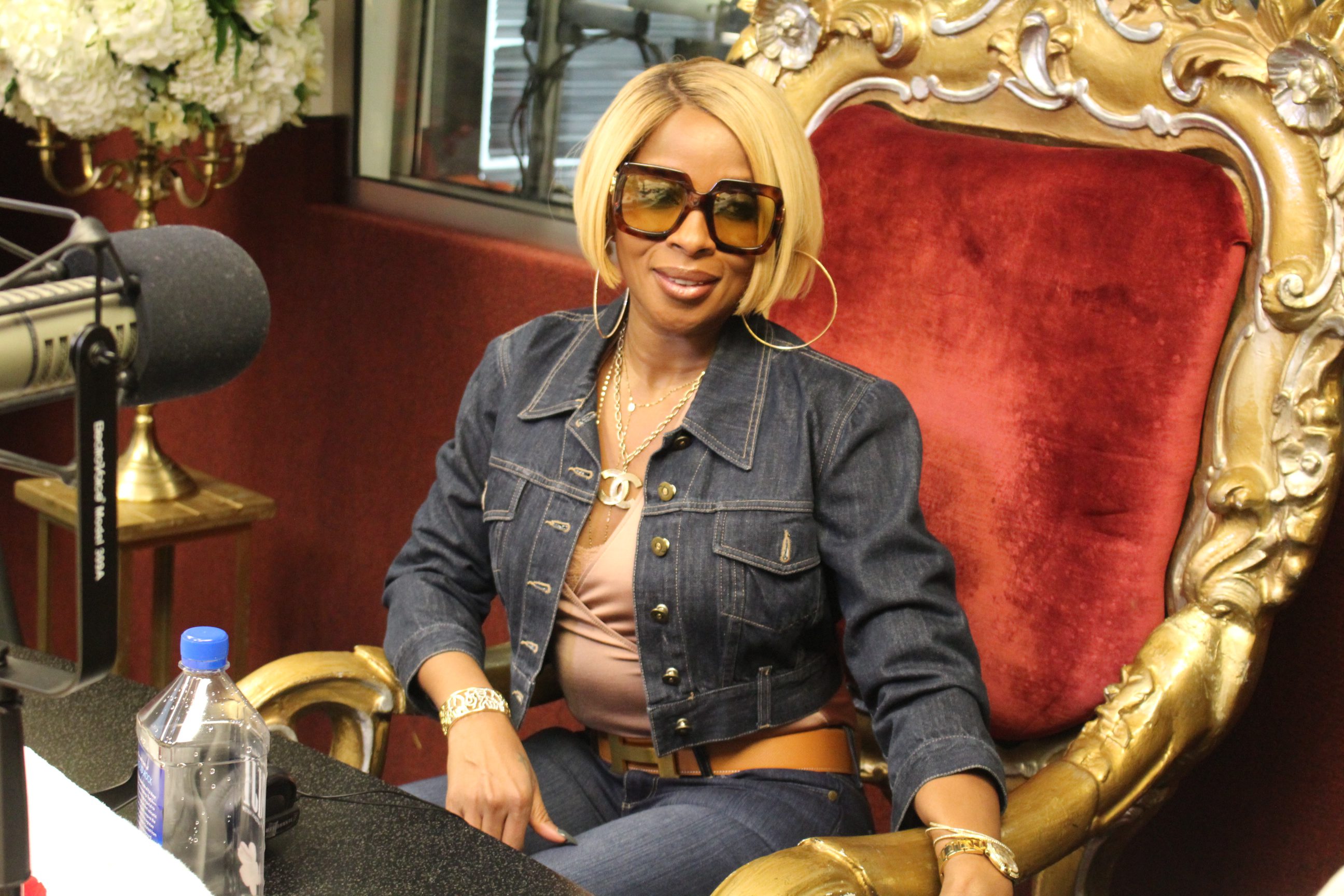 Kendu Issacs has a whole lot of nerve to make a live video saying anything about the queen, Mary J. Blige.

After Blige’s performance at the 2017 BET Awards, Issacs was in his feelngs because Blige obviously was in her feelings when she stepped onto that BET Awards stage and started off with a song from her new album letting Issacs know “there’s a special place in hell for you” and we know exactly who she was talking about.

Before Blige got into her performance, she alluded to the fact that someone was taking trips with that b—- and spending money on shopping sprees and how she didn’t deserve that, but she is moving on. Issacs was apparently watching, snapped a photo of his TV screen and responded on social media. 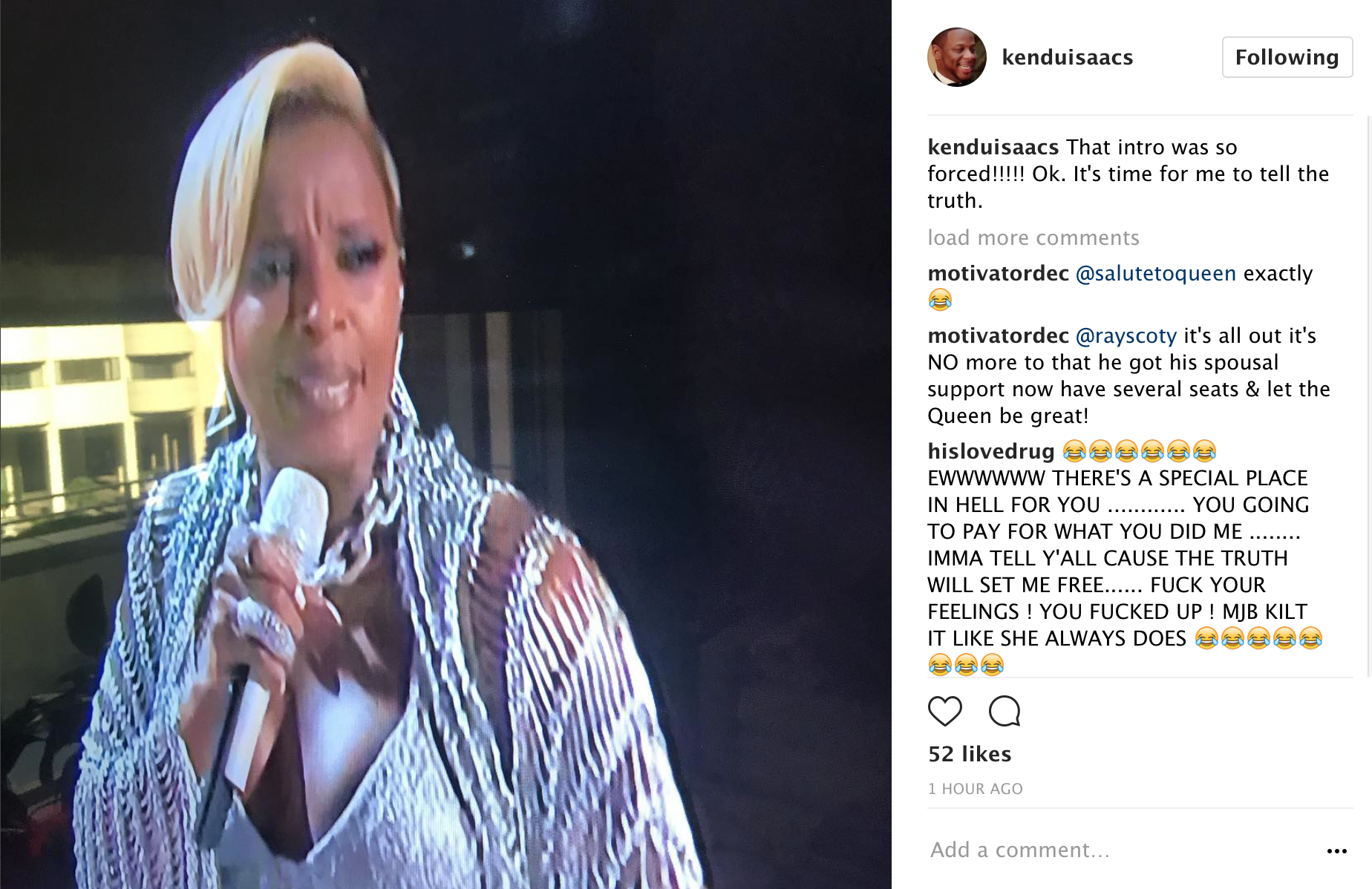 What we really would like to hear from Issacs is the truth about whether he cheated on Blige. But I guess we’ll have to settle for the second post he put up professing his “love.” 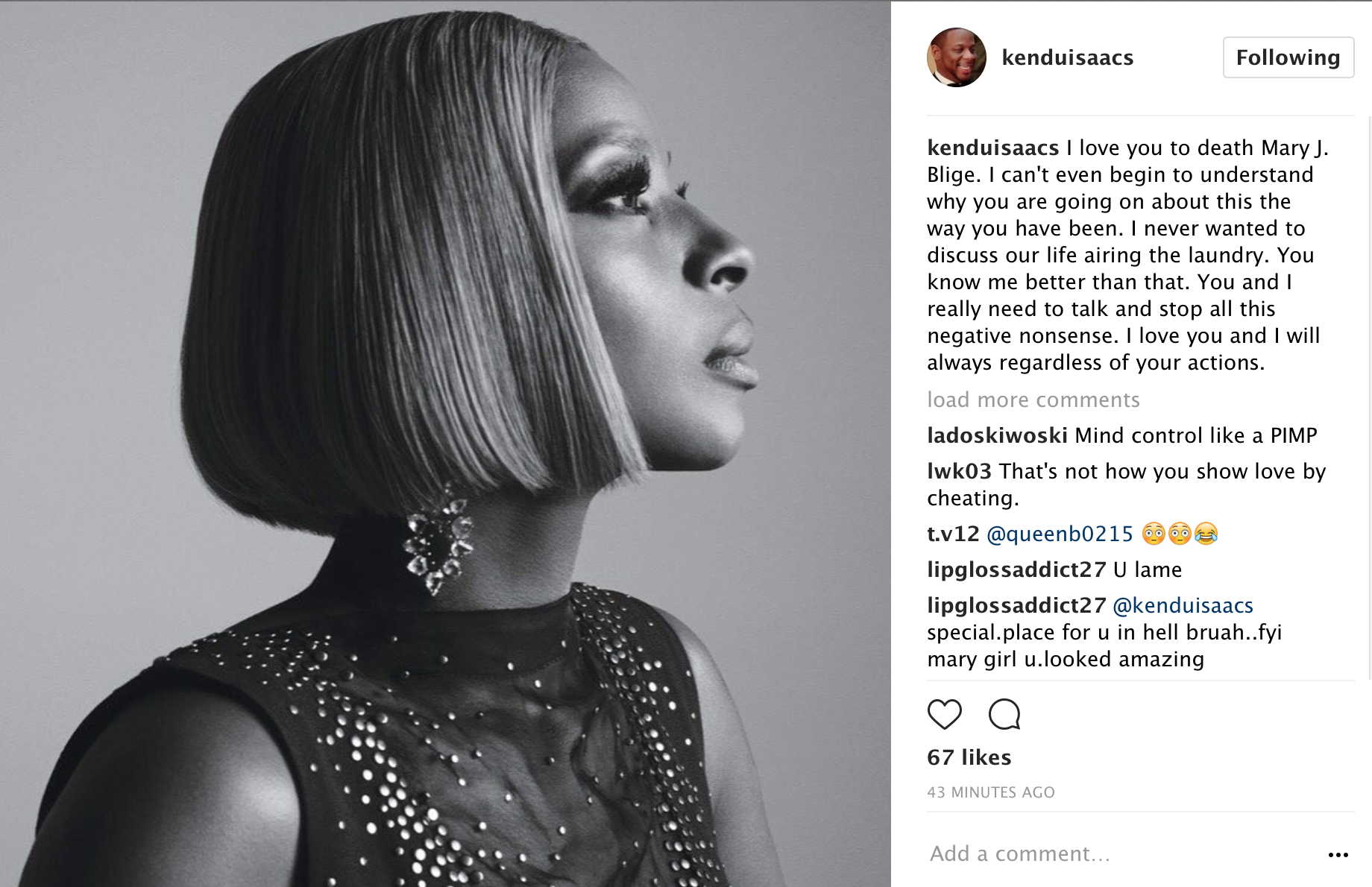 Blige’s legal troubles haven’t ended as she was ordered by the court last month to pay Issacs $30,000 per month for temporary support and to handle his attorney fees in a lump sum amount of $235,000 payment. And yet Issacs still feels the need to make comments about Blige still being pissed off?

What are your thoughts? Do you think Isaacs could have just texted Blige or waited until she got home after a great night to send her this message? This writer thinks he was being very thirsty and attention hungry to do this immediately after her performance. Sound off in the comment section.