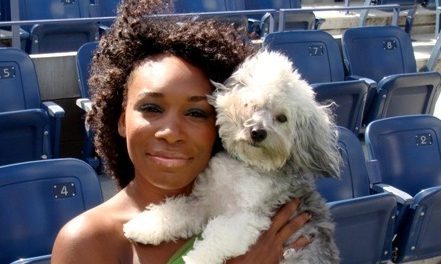 Tennis legend Venus Williams allegedly caused a car accident that sent an elderly man to the emergency room where he died two weeks later, the media has reported.

The 78-year-old man was treated in the local ICU unit where he died 14 days later, according to a police report obtained by TMZ Sports on Thursday:

The driver of the other car — the wife of the victim — told cops she was approaching an intersection westbound in Palm Beach Gardens, Florida, on June 9 when Venus’ northbound SUV suddenly darted into the intersection.

The other driver says there was no time to stop and she T-boned Venus’ vehicle. Venus told cops she was trying to make it through the intersection but there was a traffic backup and she had to slow down to a crawl, with her car exposed in the intersection.

The driver’s husband, Jerome Barson, suffered head trauma and was taken to a hospital and placed in ICU. He never recovered and died 2 weeks later.

Barson’s wife was also taken to the hospital with broken bones and other injuries, but survived, according to her attorney Michael Steinger.

Cops say Venus caused the accident. According to the police report, “[Venus] is at fault for violating the right of way of [the other driver].”

After being put on full blast, and being blamed for the elderly man’s death, Williams is now speaking through her attorney. She is calling the tragedy an “unfortunate accident” and wants to explain what happened from her point of view.

“Ms. Williams entered the intersection on a green light,” her attorney Malcolm Cunningham said.  “The police report estimates that Ms. Williams was traveling at 5 mph when Mrs. Barson crashed into her. Authorities did not issue Ms. Williams with any citations or traffic violations.

“This is an unfortunate accident and Venus expresses her deepest condolences to the family who lost a loved one.”