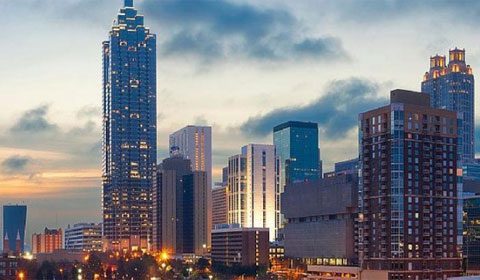 While Atlanta continues to rank highly when it comes to HIV infection rates, HIV/AIDS isn’t the only STD plaguing the burgeoning city. Atlanta has seen increases in gonorrhea, chlamydia and syphilis. While these new statistics can be quite frightening, studies show it’s actually a good thing because more people are getting tested, which presents the spike.

Across the nation, people are growing more concerned about their sexual health status. In Atlanta, public health agencies are working hard to ensure everyone is tested.

In 2016, a researcher at the Centers for Disease Control indicated that 1 in 51 Georgians will be diagnosed with HIV in their lifetime. A shocking revelation made worse by the statement from Dr. Carlos Del Rio from the Emory University Center for AIDS Research, who stated, “Downtown Atlanta is as bad as Zimbabwe or Harare or Durban.”

Blacks continue to be the most affected group, with 1 in 20 men and 1 in 48 women being diagnosed with HIV in their lifetime. Hardest hit among new STD infections are Black millennials in the Deep South. According to the CDC, the lifetime risk of HIV infection in the South includes “People living in Washington, D.C. (1 in 13), Maryland (1 in 49), Georgia (1 in 51), Florida (1 in 54), Louisiana (1 in 56) and other parts of the region the CDC defines as the South had the highest risk.”

According to Dr. Sandra Ford, Director of the Dekalb County Board of Health, one STD that everyone should be concerned about in Atlanta and Georgia as a whole is syphilis. Dr. Ford stated to rolling out, “Fulton County is No. 1 on the list and DeKalb is No. 2. Georgia is first in the nation for primary and secondary syphilis.”

Rolling out asked Dr. Ford about Black millennials and STD infection and she stated, “They are not even taking the risks of health seriously. I think all millennials — not just Black millennials — think they are invincible and I have a teenage son. We have gotten them so conditioned that pills can cure everything. I have heard adolescents in the clinic describing HIV as just a virus. When I grew up, people were throwing away dishes because a person with HIV ate from them. The stigma was like modern-day leprosy. … I have heard that some people are trying to get HIV because of the economic benefits that victims of the disease have, such as housing and other social services, which just blows my mind. That whole mindset among the youth that everything is fixable is why we have these epidemics.”