Today, there’s less drama in the life of DJ Drama. With nearly two decades in the game, DJ Drama can be considered a hip-hop statesmen who can move crowds while in the DJ booth and also make moves behind the desk as an executive. At this point, he’s playing the game of hip-hop at his own pace.

But it took a few seasons for him to reach this level of comfort and control. From experiencing the highs of changing the mixtape business with his Gangsta Grillz series to the lows of being raided by the FBI in 2007 over those same mixtapes, DJ Drama has made a significant mark on the culture and survived turbulent times.

In order to survive in a topsy-turvy industry like hip-hop, it’s important to be able to make adjustments. DJ Drama made the ultimate adjustment with his business partners, Don Cannon and Lake, with the creation of the record label, Generation Now.

“Generation Now was actually the name of a mixtape that Don Cannon and I did in 2004,” DJ Drama said. “It was hosted by Kanye West and Joe Budden. And this was way before College Dropout came out. So, that’s where the name originally came from,” he explained during our interview. “When I got the A&R job at Atlantic Records, I just started working through the system trying to find a way. Around [that] time, Kawan ‘KP’ Prather was vice president at Atlantic and I was talking to him about Mean Street Studio and Atlantic became my partners in Mean Street. We finally had completed the building and built it out. And I was just kind of finding my way doing the A&R stuff, and Mean Street was coming into its own. Lake, Cannon and I had a conversation like, ‘We can’t miss no more.’ We were watching all of these artists go platinum and top 10 artists in the last couple of years. We watched all of this unfold.”

So instead of waiting and possibly missing the next big artist on the horizon, they formed Generation Now, which features artists such as Lil Uzi Vert, Lyquin, and Skeme. Lil Uzi Vert is a breakout star.

“Cannon had a gig in Atlantic City, [New Jersey], and he was listening to Power 89 and DJ Diamond Kutz was playing Lil Uzi’s record,” DJ Drama recalled. “[Cannon] called DJ Diamond Kutz and she was like, ‘It’s this kid Lil Uzi. You should work with him.’ And that’s how it happened. I’ve seen success and I’ve seen some that didn’t have great successes. You really just have to be a believer. The fact that Lil Uzi was from Philly definitely had us excited and he was different. Philly is known for a certain style that’s very lyrical and street. With Lil Uzi, people used to ask me, ‘What’s he like?’ My definition of him was that he was to Philly what A$AP Rocky is to New York because we didn’t have anything like that. Uzi in his own lane and he knew how to make songs. So around this time, Atlantic still believed in me. Generation Now became a name that we all agreed upon. And that is what Lil Uzi would always represent. Generation Now comes from my background and my history. I always felt like I had been a part of or wanted to be the new s—.”

On Aug. 25, Generation Now/Atlantic released Lil Uzi Vert’s debut album, Luv Is Rage 2. The album embodies a generation that deals with the confusion of youth by embracing escapism, high times, and fun. The album debuted at No. 1 on the Billboard charts by moving 110K units. It was an album that lived up to and surpassed the hype.

“I play this game with myself all the time like, ‘What are you going to do next? How are you going to top that?’ ” DJ Drama said. “This is Lil Uzi’s debut album and he is one of the most polarizing, the most talked about, hottest artists in all of music right now. ‘XO Tour Life’ is arguably one of the songs of the year and it speaks to his artistry and his creativity. Watching him and his generation, his class of MCs, they’re all coming into their own right now. Uzi made an album that people will always talk about and hold on a certain pedestal. It’s those moments that matter most to me.”

Along with the success of Generation Now and Lil Uzi Vert, DJ Drama will continue to expand his Gangsta Grillz and Quality Street Music brands. Similar to the hype around Lil Uzi Vert, fans are still anticipating the release of DJ Drama’s collaboration with Lil Wayne, Dedication 6.

“It’s going to happen,” DJ Drama says of Dedication 6. “It’s on [Lil] Wayne. People ask me all the time, ‘When is it coming?’ My job is the easy job. Wayne comes and him and Mack Maine ask me for beats at times. It’s just, times are different and things have changed. Mixtapes are bigger than they’ve ever been, which is wild to me. Clearly, in the last couple of years, I haven’t done as many Gangsta Grillz. It’s evolution. It’s progression. The music speaks for itself. Like Metro Boomin doing a project with 21 Savage. And Future with Mike WiLL Made-It and DJ Esco. Watching Esco and Future was dope to me because they had a run that was similar to my run in the mid-2000s. I was just happy to see that and just watch how it evolved. You got to pay attention to the game and be able to evolve with it.”

Evolution is key when it comes to hip-hop because most artists never really retire. Talents can have great moments, but legends find ways to live forever.

“It really ain’t about being remembered,” DJ Drama says frankly. “I still want to be here. [There is] nothing wrong with paying homage and paying respect and being able to have a legacy. But to me, it’s something you love or you want to do. I definitely want to be remembered, but I still want to be here for as long as possible. Even if they don’t know my name or know what I’m doing at that moment, [it’s good] to be a part of something that they care about. Just imagine now some people don’t even know what Gangsta Grillz is but I know [my fans are] listening to Lil Uzi and their kids are listening to Lil Uzi. That right there is something to be able to smile about. That’s somewhat more important than being remembered. Being a part of the culture. It’s really an obsession. Hip-hop has created so many opportunities and jobs and changed so many lives. I love the fact that I made Dedication 2 and Trap or Die. But it’s not about what you did at the time … it’s about going forward.” 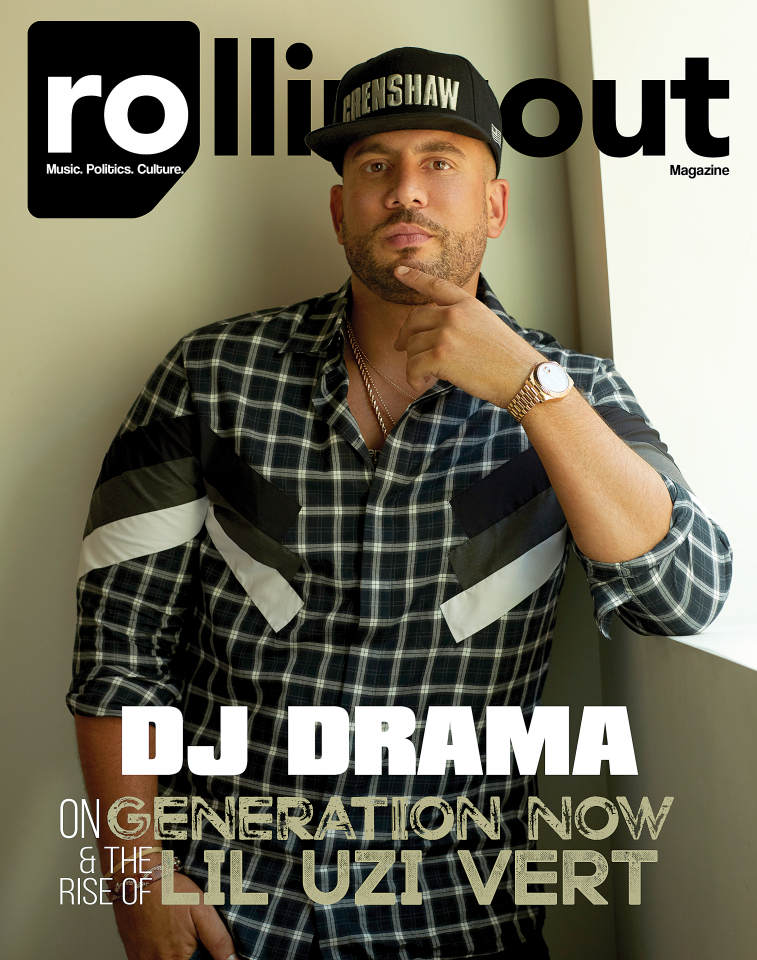