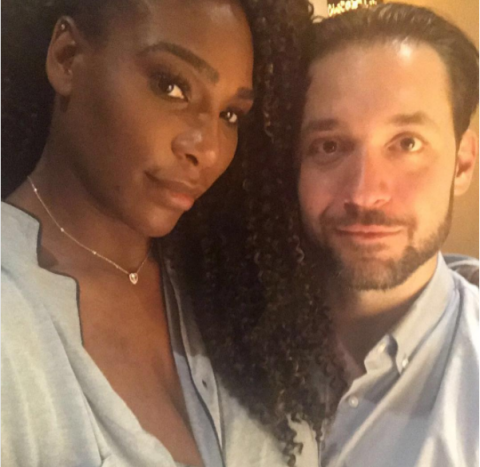 Alexis Ohanian is the epitome of a doting dad.

Out of office. This is Parental Leave life. She's clearly dreaming up all the startups she'll start… And Grand Slams she'll win…. And….

As previously reported, Williams gave birth on Sept. 1 to Alexis, who weighed in at 6 pounds, 14 ounces. The tennis champ announced her pregnancy in April by accidentally posting a photo of her baby bump via social media.

Dad life is the greatest. Entrepreneurship is all-consuming, it's sleepless, we call our startups our "babies," we are ridiculously proud of them, and we pour all of ourselves into them — but she is already all that and more, she is my legacy.

Of course, this isn’t the first time that the new parents have doted over their baby girl. Earlier this week, Ohanian wrote a heartfelt note about beginning a new chapter in his life, as a dad. See snapshot above.

Just last week, Williams also penned a sweet sentiment to her mother, Oracene Price, praising her for the strength and perseverance she showed with regard to the body shaming both women have faced when it comes to their more muscular builds. Williams also thanked her mother for being a great role model — an example she hopes to one day be for her very own daughter.

“Thank you for being the role model I needed to endure all the hardships that I now regard as challenges — ones that I enjoy. I hope to teach my baby Alexis Olympia the same, and have the same fortitude you have had,” Williams wrote.