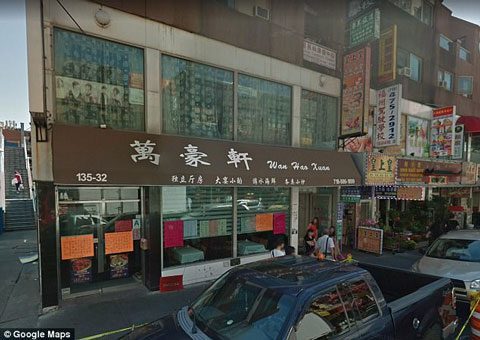 The NYPD is reporting the bizarre death of a prostitute known by the name “CC,” according to those who live in the neighborhood.  Police were conducting an undercover sting operation this past Saturday in a Queens, New York mostly Asian community that targeted massage parlors.

According to the New York Post, the woman, who was reportedly 38, was working out of an apartment above a massage parlor. She made a deal to perform a sex act on an undercover cop and when the officer identified himself and called for backup, the woman panicked. The only way for her to get away from the cops busting through her door was out the window. To the shock of the cops, the sex worker jumped through the window and landed on the sidewalk below. She was transported to New York-Presbyterian Hospital Queens where she died from her injuries.

The police were carrying out the sting operation as part of a citywide crackdown on massage parlors. These businesses are often a front for prostitution and are controlled by organized crime. In some cases, massage parlors have women who are being trafficked and are working against their will.