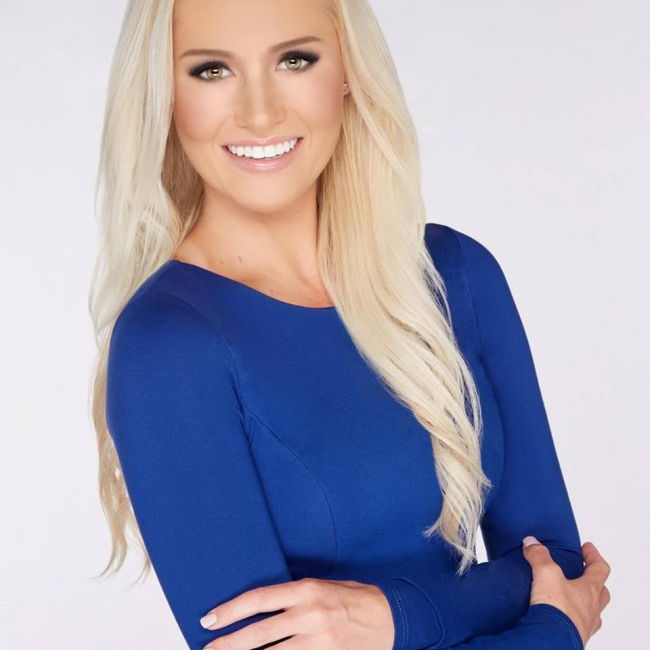 Tomi Lahren, the intellectually dishonest, right-wing talk show nut with a large fan base, is bashing Beyoncé once again. And that incited the Bey Hive to sharpen their stingers and pounce on the TV personality.

Lahren slammed Beyoncé, 36, and exiled NFL quarterback-turned-activist Colin Kaepernick, 30, for “hating” the police when she presented him with the Sports Illustrated Muhammad Ali Legacy Award during the S.I. Sportsperson of the Year Awards in Brooklyn, New York on Tuesday, Dec. 5.

Beyoncé surprised the capacity crowd when she suddenly appeared to hand “Kaep” the award.

“Hello everyone! It feels so good to be here on such a special night of appreciation,” the Queen Bey said. “Thank you, Colin Kaepernick. Thank you for your selfless heart and your conviction. Thank you for your personal sacrifice. Colin took action with no fear of consequences or repercussions, only hope to change the world for the better. To change perception, to change the way we treat each other — especially people of color. We’re still waiting for the world to catch up. It’s been said that racism is so American that when we protest racism, some assume we’re protesting America.”

Bey Bey made it a point to note that Colin respects the soldiers who died so he and NFL millionaires could be free to kneel during the national anthem.

“So let’s be very clear,” the pop goddess continued. “Colin has always been very respectful of the individuals who selflessly serve and protect our country and our communities and our families. His message is solely focused on social injustice for historically disenfranchised people. Let’s not get that mistaken.”

After accepting the award, Kaepernick said, “With or without the NFL’s platform, I will continue to work for the people because my platform is the people.”

On Wednesday, Lahren tried to stomp on Beyoncé with her criminal-level misrepresentation of the facts and history.

“Police-hating Beyoncé presents police and America-hating Kappy with a ‘legacy’ award. This is how far we’ve fallen. Wow,” Lahren tweeted, alongside a Getty Images photo of Beyonce and Kaepernick on Tuesday night.

But not everyone was in agreement with the conservative former TV host.

Twitter user @Brenna Simon tweeted: “You’re on the wrong side of history, Tomi.

Police-hating Beyoncé presents police and America-hating Kappy with a “legacy” award. This is how far we’ve fallen. Wow. pic.twitter.com/KIe6IqEQey

Lahren is best known for getting fired from The Blaze for her unrepentant support of President Trump. The Bey Hive swarmed all over Lahren for being a Trump tool and a blatant racist camouflaged as an American patriot.

This is a perfect example of why Colin Kaepernick “took a knee”. A Northwestern (very good school) PhD student was pulled over and ambushed by police and was accused of stealing HIS OWN CAR!

He did everything right but treated him like an animal. This is beyond indefensible! pic.twitter.com/MWn6NtCCEA

Donald Trump + his cult of obsessed extremist psychos like you are representative of “how far we’ve fallen”. Kap & Bey fight the good fight. I hope the Beyhive pounces all over you.

Police-hating Beyoncé presents police and America-hating Kappy with a “legacy” award. This is how far we’ve fallen. Wow. pic.twitter.com/KIe6IqEQey