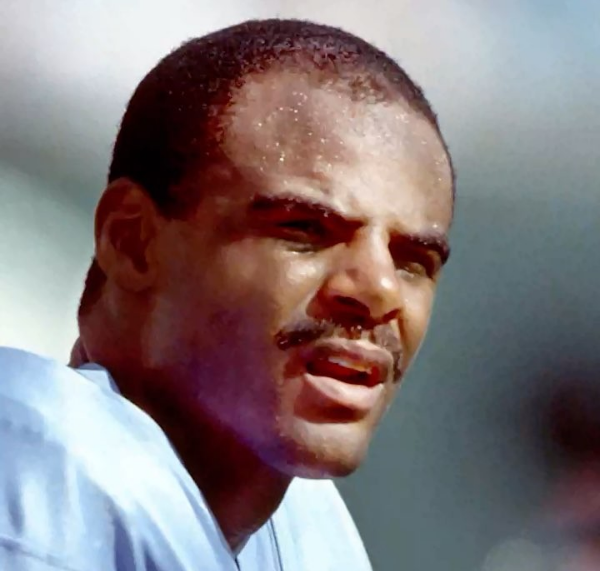 Warren Moon during peak of his playing career in the mid-1980s. Photo: [email protected]

NFL legend and Hall of Fame quarterback Warren Moon is revered among urbanites for becoming the first Back superstar quarterback in league history. But his image is being tainted now that he’s being sued for allegedly sexually assaulting and harassing his former assistant. He is accused of making repeated advances and once grabbing his female employee’s crotch and buttocks, among other inappropriate behavior.

According to multiple reports, Wendy Haskell, 32, who worked for Moon’s Sports 1 Marketing company, filed a lawsuit against her former boss in Orange County, California, an eastern suburb of Los Angeles, alleging a pattern of sexual abuse perpetrated by Moon, TMZ reports.

Haskell claims Moon began the pattern of harassment and assault by pressuring her to wear revealing clothing. And then he would make inappropriate sexual remarks and advances and would force her to sleep in the same bed with him on business trips.

She claims that once, while asleep in bed with Moon during one of these business trips, she woke up to find his hand on her crotch. She removed his hand and then turned over, but was then was forced to sleep while he has his hand on her buttocks.

Haskell adds that when she finally protested his behavior, Moon allegedly retorted that he would simply replace her with someone who didn’t spurn his advances.

The media outlets have reached out to Moon for comment on the lawsuit, but he has declined at press time.

Moon began his professional career with the Edmonton Eskimos of the CFL in 1978 when no NFL team would draft him. This was during the era when teams did not believe blacks were intelligent enough to play the sport’s most important and demanding position. His success during his six seasons in the CFL led to him entering the NFL in 1984 with the Houston Oilers. Over the course of his 17 NFL seasons, Moon made the Pro Bowl nine times and made seven playoff appearances. Following 11 seasons with the Oilers, he had brief stints with the Vikings, Seahawks, and Chiefs before retiring.

At the time of his retirement, Moon held several all-time professional gridiron football passing records. He was less successful in the NFL postseason, never advancing beyond the division round of the playoffs, although he won five championships (Grey Cups) in the CFL.

Moon was inducted into the Pro Football Hall of Fame in 2006, becoming the first Black quarterback and the first undrafted quarterback to receive the great distinction.