Atlanta Falcon Sean Weatherspoon, the founder of Spoon Full of Hope Foundation, sponsored dinner for 30 families on Dec. 10, 2017, as the foundation celebrated their fourth year of servicing the community. The dinner was held at Atlanta’s College Football Hall of Fame. The foundation provided fulfilling and nutritious meals and a Christmas bonus to metro Atlanta families in need.

Children in attendance enjoyed football agility drills lead by Weatherspoon and received signed jersey’s, hats, as well as personalized autographed items of their choice. Weatherspoon hopes the gifts each child received instills a lasting impression on their lives. Patrons were able to take home a heart-warming gift card that Weatherspoon hopes will enable them to enjoy their holiday season.

The participants were able to unwind, danced away on the Coca-Cola video screens and snapped lots of memorable moments at the photo booth. This year’s Spoon Feed a Family event was held in association with the New Baptist Church of Atlanta which brought the families who attended the dinner.

“It was such an honor to work with the Weatherspoons of The Spoon Full of Hope Foundation on this Family event. Feeding 30 families at the College Football Hall of Fame and enjoying all the [families] was such a joy,” wrote Jonteau, co-founder of MC Media Works, in a heartfelt Instagram post.

Weatherspoon’s ultimate goal is to continue to make lasting impressions on the lives of children who are a part of the next generation of pioneers. He mentioned in his welcoming speech, “It takes a village to raise a child. My parents always told me that. I’m happy to be a part of the village.”

To learn more about The Spoon Full of Hope Foundation, be sure to connect with the foundation on social media, @spoonfulofhopefoundation. 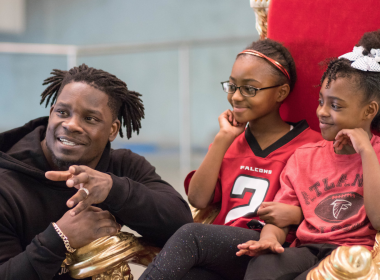 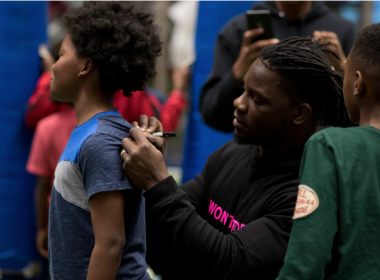 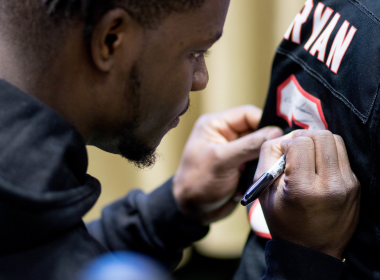 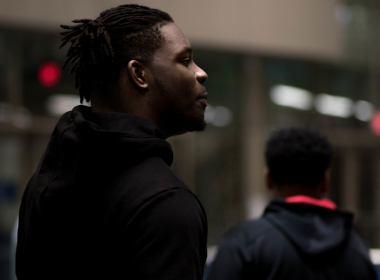