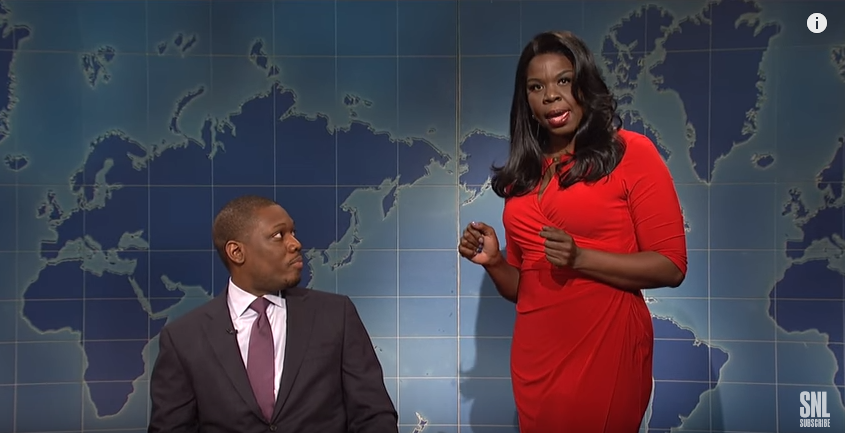 Well … it turns out that the bombastic and petulant Omarosa Manigault-Newman really was tossed out of the White House and forcefully thrown off the campus lawn by the Secret Service because … that’s exactly the way she wanted it to go down, according to the people at “Saturday Night Live.”

President Donald Trump‘s former West Wing communication adviser’s firing was roasted by comedic actress Leslie Jones (Ghostbusters remake) and Michael Che during the segment of SNL known famously as “Weekend Update.” You can’t help but smile at the piece, but when it comes to Omarosa, you can hardly tell the difference between comedy and reality.

While “Weekend Update” host Che discussed Omarosa’s turbulent, full-throated firing from the White House — replete with Omarosa firing off a string of high-decibel vulgarities and profanities at her executioner, General Kelly — Jones came out as Omarosa to put some rumors to an end.

“I demand a retraction,” Omarosa says. “I left that job by choice. That’s right, I quit! I deactivated my ID card. I changed the locks on my own office. I escorted myself of the premises. And then I threw myself into the bushes.”

It was reported earlier this week that Omarosa, who was fired by Trump as a contestant on “The Apprenctice,” was escorted out of the White House after being fired, again, from Trump’s newest reality gig — commander-in-chief.

Check out the clip below: