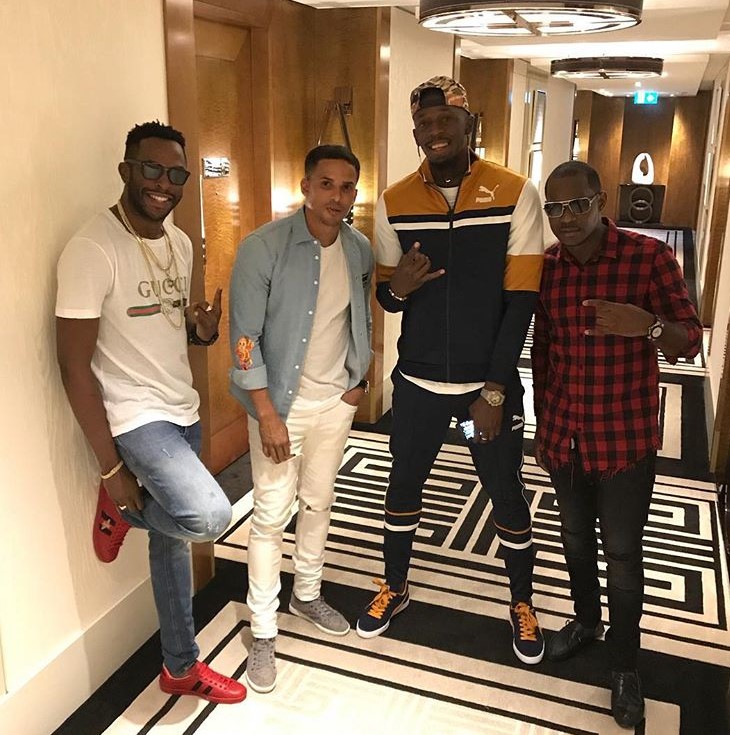 Some of the greatest athletes of all time have the most grotesque feet. Olympic track legend Usain Bolt proves this theory in a stomach-churning photo we wish he had not so cruelly unveiled on the masses without warning.

To be fair to Bolt, a Chicago Bulls beat reporter once admired how physically fit Michael Jordan was, even during the latter stages of his career. But he also made mention of MJ’s one physical imperfection: “his unsightly toes.” So the legend who is nicknamed “The Lightning Bolt” is far from being alone in the monstrous, molded appearing mats at the end of their legs.

The issue here is that other athletes usually spare us the sight of their ghastly digits (except for Shaquille O’Neal, who did unveil his Jurassic Park-looking claws at the end of his feet during a “NBA on TNT” show last year).

Apparently, Bolt was watching the Super Bowl on Sunday, presumably from his island nation of Jamaica, when he posted a photo of himself watching the game. The problem is that he got his gnarled, rotten-looking nails into the shot and, despite knowing how they looked, put it up on his social media account.

Bolt, known as the fastest man on Earth, could not outrun the multitudes who recoiled at Bolt’s feet before stampeding over his social media account:

@usainbolt lt my brother I have an appointment to go do my nails this friday, come with me I will pay for your PEDICURE/manicure. #Justtryingtohelp #Usainbolt pic.twitter.com/upOuQTJZ9q

Scroll down at your own risk, as social media crushed Bolt for his feet foibles.

usain’s feet is an image of long term hardwork..make una no kill am..hes ripping the benefit of his labour. #usainbolt pic.twitter.com/VIrnap7dKU

With all the money, riches, fame and fortune this man has? Buy some lotion and get a pedicure my friend. Usain Bolt is wylin’. pic.twitter.com/RjHuDbKYgD

Was that really Usain Bolt’s legs and feet??? pic.twitter.com/1qeERufW5o

How the nail tech be when @usainbolt finally decide to fix him toe them weh look like them meet inna accident #Jamaica #usainbolt pic.twitter.com/GU1cIqT7s3