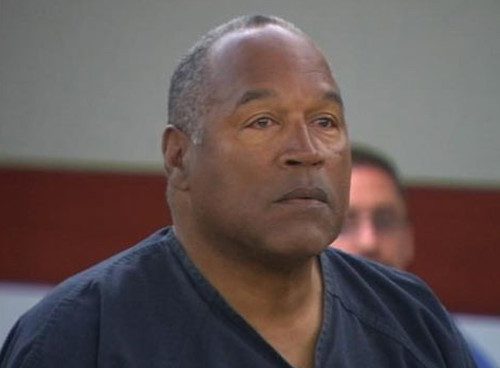 via Nevada Department of Corrections

Since 1994, the nation has been torn over O.J. Simpson. The “trial of the century” featured storylines of race, drugs, murder, and celebrity.

In 2006, Simpson decided to do a ridiculous interview where he gave a “hypothetical” account of murdering Nicole Brown Simpson and Ron Goldman. The interview was set to be released along with a “fictionalized” confession in the book, If I Did It.

Fox decided to air the interview and call it “The Lost Confession.”

During the interview, Simpson spoke about his anger towards Nicole Brown Simpson and admitted to screaming at her grave. He also gave an account of how things would have transpired if he was the killer.

Overall, the interview was a horrible idea for Simpson. He gained nothing from the interview and viewers did not gain much either. It only furthering the divide of a nation that will never completely get along.

Welp if you ever rooted for OJ Simpson you definitely was on the wrong side of history. #DidOJConfess

Regardless of what you think about OJ, just remember MANY people have exploited this for their own gain and don’t care anything about the families. That is all FOX is doing right now #DidOJConfess

Damn OJ didn’t even get paid for this. How much you think he would have got from Netflix? #DidOjConfess

After Black Panther yall couldn’t let us be great…yall had to go and play this foolishness.#DidOJConfess