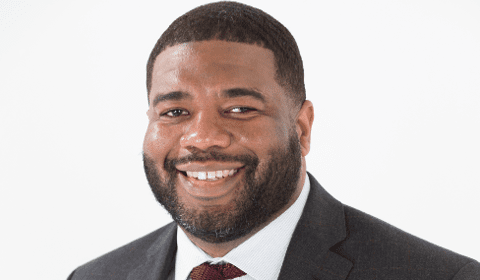 On Feb. 1, 2018, the District of Columbia Department of Employment Services (DOES) reported that the preliminary December job estimates show an increase of 4,200 jobs for a total of 2,713,400 jobs in the Washington Metropolitan Division.

Former director of DOES Odie Donald II, is confident he will produce these types of results as he transitions into the role of city manager in South Fulton, Georgia. A nationally recognized leader in government administration, Donald was voted into his position of the newly incorporated city in 2017. Donald will become the first permanent city manager, and the second manager in their history. As the city remains in the process of getting all their departments and functions together, Donald has began to outline specifics for what needs to happen in order to make South Fulton economically successful.

Rolling out had the opportunity to sit with Donald to discuss his transition, unique insight into the city, and the importance of economic growth in South Fulton.

What is your No. 1 job as you transition into your new role?

Improving government operations is job #1. Improving government begins with hiring an effective police chief who will address the real and perceived issues surrounding crime in our community. It continues with national searches for high-caliber professionals while working to improve relationships with Fulton County, where I’ve served as an employee. Additionally, we will improve operations by finding efficiencies that streamline service, delivery, employing successful models for fiscal stewardship, and establishing a standard for excellent customer service on all fronts.

What makes you unique in this role?

As someone who grew up in and around SF, many of the issues that spurred the formation of South Fulton were present at that time and still persist today. Over my career, I have intentionally built a wealth of experience in local government — from Fulton County to coastal Georgia to the nation’s capitol — for precisely this opportunity, and I’ll spend every waking hour steering our new city in the right direction.

How important are economics in building South Fulton?

The city was founded out of a desire for self-determination. That goal is reliant upon economic development, and that’s where I’ve spent the majority of my career — connecting residents to jobs, attracting employers to communities, building meaningful partnerships between government and business. Beyond just the nuts and bolts of government service, I’ll have an eye towards making SF an economic powerhouse.