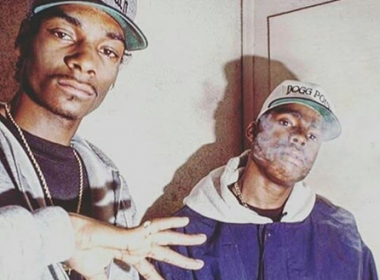 It’s apparent that the influence of G-funk is not only on the West Coast but also global. There are big names who have left their legacy and are continuing to make an impact in the music industry and beyond. This is why it’s only right they get recognized for the classics they’ve contributed and ingrained in the culture for decades to come. Here are the top 10 G-funk anthems ever:

Although they weren’t the original west coast trio, The Eastsidaz consisted of Snoop Dogg, Tray Deee and Goldie Loc. The group released two albums total, one self-titled debut and Duces ‘N Trayz … The Old Fashioned Way. The three broke up shortly after Snoop left the group and Tray Deee was sentenced to prison.

Although it’s considered “normal” to fill songs with sexual lyrics, metaphors, and innuendos nowadays, this 1995 hit was one of the first of its kind. This highly controversial track was featured on Tha Dogg Pound’s debut album, Dogg Food. G-funk artist Warren G also had a verse which can be heard on the original demo version later released in 2012.

As a 19-year-old who thought he was “grown” because he was financially independent, “Tonite” was definitely considered DJ Quik’s arrival to adulthood. Although it is a ’90s G-funk classic, the record is timeless because almost everyone has a coming-of-age moment at some point.

Eazy-E’s famous Billboard-charting diss in response to Dr. Dre and Snoop Dogg’s slew of diss tracks featured on The Chronic, was not written by the rapper. The diss also known as, “Real Compton City G’s,” heightened beef Eazy-E wasn’t even too bothered by anyway. However, he knew that beef equaled sales and eventually sued Dre for parting ways with Ruthless. The G-funk rapper ended up gaining a percentage of Dre’s album sales and production work for Death Row.

Grammy-nominated in 2011 for “Best Rap Solo Performance” at the 1995 Grammy’s is just one of the many reasons “Gin and Juice” is the epitome of G-funk. It is a part of VH1’s 100 Greatest Hip-Hop Songs and a classic. The essence of the song gives you vibes that will make you feel as though you’re on the West Coast no matter where you are at the time.

The chart-topping Billboard Hot 100 hit made its debut shortly after 2Pac was released from prison and joined the Death Row family. The song exhibiting nothing but love, admiration, and respect for Cali was first meant to be Dre’s initial single on the Aftermath compilation. The song consisted of three verses from Dre.

Did you really know what a “good day” consisted of before you heard Ice Cube’s ’92 single? Probably not. Cube details exactly what a good day in his eyes consists of, from breakfast to sex. This “good day” was calculated as Jan. 20, 1992, the day he didn’t even have to use his “AK.”

No wonder this single took the lead on Dr. Dre’s debut solo album, The Chronic. Even though the lyrics didn’t say much and started out by simply counting to four, that was sort of the beauty of it all. It came off as effortless for both Dre and Snoop and still resulted in reaching number two on the Billboard Hot 100 Chart.

The Above the Rim movie soundtrack record came at a time where the term “gangsta” was being defined. While it was Warren G’s Def Jam debut, its way of telling an enticing story to the sounds mixed on the track is quite impressive. Getting jumped, saved and moving on from what appeared to be a serious dice game is the perfect tale of wins and losses.

The David McCallum and David Axelrod sample at the start of this ’99 classic is one of the reasons it is one of the dopest G-funk anthems of all time. There are very few sounds that even compare to that of “The Next Episode” which was originally intended for Snoop Dogg with a Dr. Dre feature. While the original song went in a different direction, it’s clear that it was for a reason.