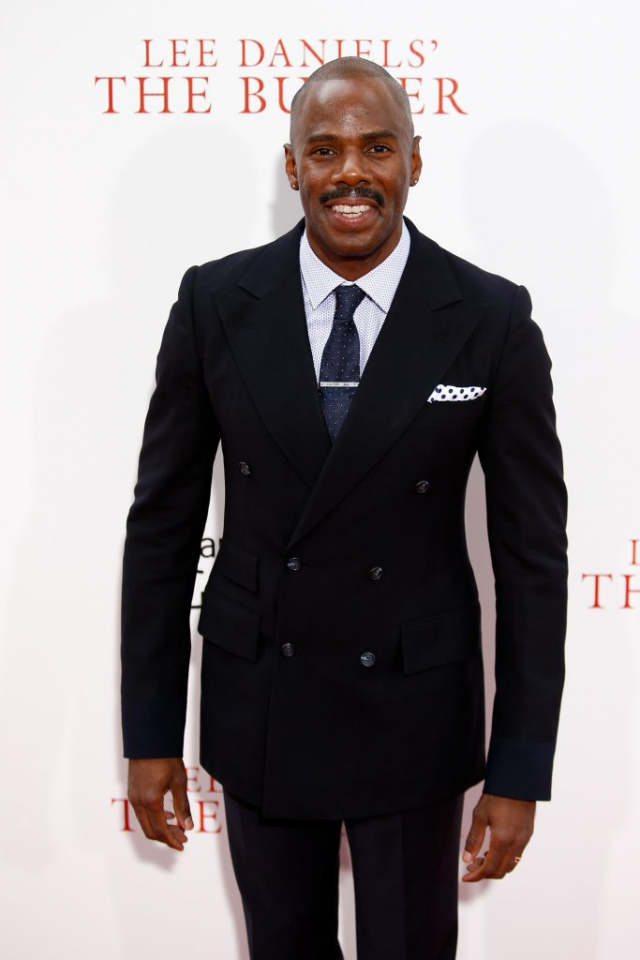 Martin Luther King Jr. is celebrated as a great orator, ambassador for nonviolence, and civil rights leader. A new offering that commemorates MLK is “The Radical King,” a collection of 23 of Dr. King’s essays and speeches. This collection is monumental, as it marks the first time the King Estate has allowed a dramatic interpretation of King’s words. The series was curated and introduced by Dr. Cornel West and performed by some of the most charismatic and activist actors working today, including Levar Burton, Mike Colter, Leslie Odom Jr., Colman Domingo, Danny Glover, Gabourey Sidibe, Wanda Sykes and Michael Kenneth Williams. The full collection is available exclusively from Audible, an Amazon company.

Rolling out spoke with Colman Domingo, who recites three of Dr. King’s speeches in the series.

Who is Colman Domingo?

I would describe myself as a multidisciplinary artist, whose work has always been centered on family, social justice, and hopefully provokes thought. I think I stand on the shoulders of artists such as Geoffrey Holder or Sidney Lumet people who did a lot of things. I think I’m just a very curious artist.

What is “The Radical King,” and what does it mean to you?

“The Radical King” is a collection of essays and speeches from Martin Luther King. I love the idea that it’s being spoken by modern artists and giving their interpretations of the work. It’s a privilege to be a part of it because to constantly reinvigorate speeches of Dr. Martin Luther King that have such resonance especially right now. We are looking for things to grapple with, race and social injustice, and women’s rights. I think we can always go back to such prolific speakers such as Martin Luther King and James Baldwin. This is the perfect time to reignite some of his famous speeches.

Which of Dr. King’s speeches are you performing?

The World House, My Jewish Brother, and My Talk with Ben Bella. They all have such symbolic messages that begin with a moment that is igniting you to respond immediately. Each one of them is centered around injustice in some way, whether it’s the plight of Black men or the plight of poor people, which is always an essential focus.

How does it feel to be given this permission by the King Estate?

It feels incredible. I had the blessing of meeting some of the members of Dr. King’s family when I was shooting the film, Selma. We met his eldest daughter and it was just extraordinary. It feels like it’s a homecoming in a way because I feel like the works I’ve been doing over the years are all centered around the work of great people like Dr. King. I feel so honored to be a part of it.

What is your fondest memory of Dr. King?

I think the “I’ve Been to the Mountaintop” speech has been the most significant. When I went to the African American History Museum that was curated by George Wolfe, I was so taken aback by the time we got to that speech. It’s curated so beautifully. That speech was so profound and you can hear it in the resonance of his heart and mind about legacy and what he hopes for this world. It’s an understanding that he may not be around to see the changes, but he knows by laying his life down on the line, that he and his comrades like Ralph David Abernathy [and] John Lewis they were being servants to the world. To them, it wasn’t extraordinary. I don’t believe Dr. King felt he was doing anything extraordinary, I think he was doing what was necessary. I think that speech itself will ignite the future in that an ordinary human can do extraordinary things.

Who was your mentor growing up?

I found all my mentors in books, Maya Angelou and James Baldwin and Dr. King. I’ve always admired those who live on the fringe and make a change in some way. I’ve looked to poets and writers my whole life and people who are grappling with the human condition.

What projects are you working on?

I have a few films coming out. I have one I did with Barry Jenkins, If Beale Street Could Talk, a film called Assassination Nation, which sold at Sundance this year, and I have a film that was just released on Netflix, “First Match” by Olivia Newman. I have a musical that is in previews right now on Broadway about the life of Donna Summer.

I hope that all the projects I can point to that I am working on as an artist in some way shape or form can uplift humanity. I do not go to marches, but within my work, that is my activism. I’m using my pen and my voice in film, theater and television. That is important to me and I think that is just as revolutionary. I am following in the footsteps of people like Ralph Ellison. This is why it has been important for me to step out more into executive producer because I think that is power. We have to get on those sides to make a difference in how our story is told.