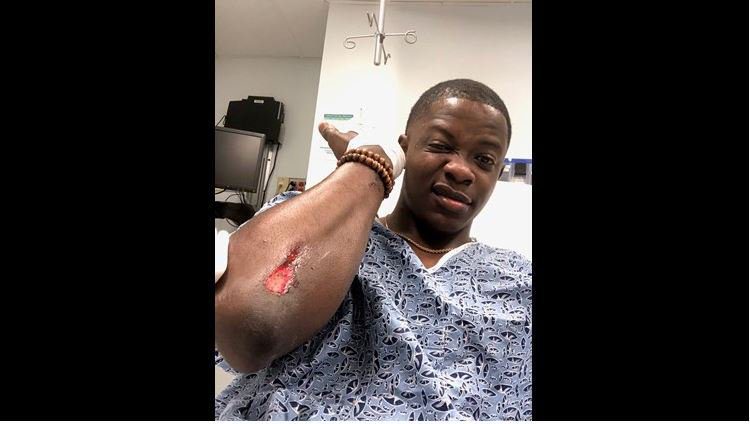 During Reinking’s attack, Shaw tackled the gunmen, took the weapon and threw it behind the counter of the restaurant. Here are five things to know about James Shaw Jr.

Shaw Jr. was rushed to the hospital following the shooting and was discharged a few hours after being treated for a gunshot wound to his arm. At 10 a.m., Shaw Jr. attended church with family and friends. Nashville Mayor David Briley also joined him at the service.

Shaw Jr. is a graduate of an HBCU, Tennessee State University

Shaw Jr. graduated from Tennessee State University and later studied to become a technician while at Brightwood College.

According to his Facebook page, Shaw Jr. works as a technician at AT&T. He also owns a business called iMount TV where he installs flatscreen TVs and surveillance cameras.

Shaw Jr. has a daughter

Shaw Jr. kept his composure following the shooting. However, he began to cry after the paramedics asked if he had any children. His daughter, Brooklyn, is 4 years old.

Shaw Jr. does not consider himself a hero

Shaw Jr. realized that he was cornered by the gunman and took a chance by tackling him. During a press conference, Shaw Jr. admitted that he was only concerned about saving his own life at the moment and did not consider himself a hero. However, the survivors of the attack are thankful that he was able to prevent the terrorist from taking more lives.