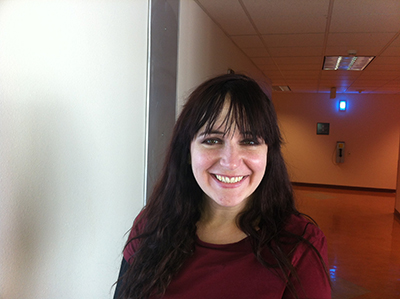 Millions of Americans are stricken with the disease of racism. These people do not believe that Blacks should have the same rights to exist in the same spaces that they occupy.

The latest ridiculous case of racial profiling has occurred at Yale.

Black grad student, Lolade Siyonbola, decided to take a nap in a common room at the Hall of Graduates, according to Yale Daily News. Sarah Braasch, a White student, took time to harass Siyonbola.

Braasch approached  Siyonbola and told her that she couldn’t sleep there. Siyonbola attempted to remain to herself with the hopes of being left alone, but Braasch was persistent. Braasch told Siyonbola that she had the right to call the police on her and took pics of her. Siyonbola took a short video and told Braasch to “catch my good side.”

Braasch called the police who eventually surrounded Siyonbola. They forced her to show her ID and made her open the door to her dorm room. In all, police questioned her for nearly 30 minutes.

Braasch has a history of racially profiling Black students.

Black grad student, Jean-Louis Reneson was attempting to meet a group to work on a project when he was stopped by by Braasch. Braasch reportedly told Reneson that he did not “belong” in the common room and physically attempted to block him. Although she was the one causing the conflict, she told him that he was making her “uncomfortable.” She eventually called the police on Reneson who left after he proved that he was student.

Braasch is the latest example of why racial profiling should be against the law. She harassed two Black students without thinking twice about how she would affect their lives. Her racists antics is a nationwide problem that can only be stopped if it’s made a legal issue. Because racial profiling is an assault on the victims who endure it.

Yale issued a statement, but has yet to reveal if they will punish Braasch for constantly harassing Black students.