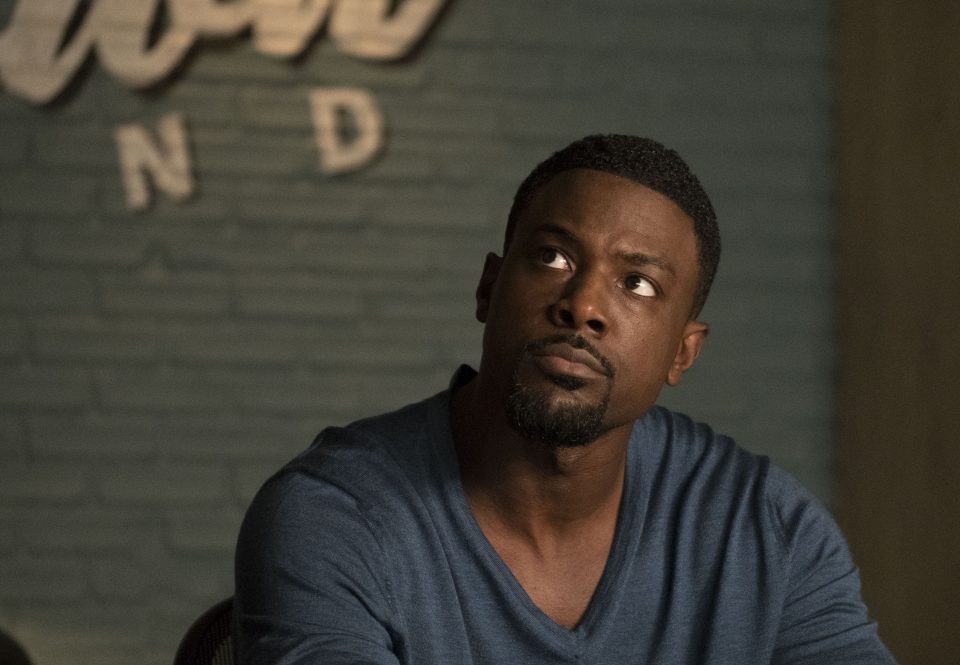 Tall, dark and handsome with a great smile — it’s hard to miss actor Lance Gross. The actor forayed on the scene and one of his first jobs was working for Tyler Perry.

“I went to school for acting and I graduated from Howard University. When I got to Los Angeles, I started taking acting classes. I actually got picked out of a class by Tyler Perry and I started doing ‘House of Payne’ and the rest is history from there. It’s always something that I’ve been interested in, so I studied in it and made it happen,” he explains.

Gross’s TV career has flourished and he’s gone on to appear on “MacGyver” and “Grey’s Anatomy.”

He currently plays Maurice Jetter on FOX’s “STAR,” a show that depicts the in and outs of the music industry. Although, you may know Gross for his acting, he also has a love for photography. The expectant father tells us about his role on the show, his photography and reveals the gender of his second baby.

“Star” has been renewed for a third season.

It’s like you’re on the winning team. This show is doing so good with our ratings and it feels good. I look forward to seeing everybody next season. I don’t want to give anything away with what’s going to happen, but there are going to be a lot of surprises.

Tell me about your role as Maurice Better on “Star.”

Maurice is very ambitious. He wants to win; that’s his main objective. He’s [an] A&R at Midtown Sounds. Despite what the fans think, he cares about the artists there. He wants the best for the artists even though that’s not what everyone else wants. He’s super focused. He had a relationship with Carlotta for a minute and he just wants to win.

What is the environment like on set with such a diverse cast?

This is by far one of the most fun sets I’ve worked on because it’s so many people and it’s an ensemble cast. There is a bunch of talent as far as acting and their music careers. Showing up to work is so fun because you never know who’s going to pop up. It’s like a big party on set. So, it’s a good environment to be in.

What is it like working with director, writer, and producer Lee Daniels?

It’s been good. I’ve been wanting to work with Lee for a minute. I think he’s an awesome talent and he’ll call you. If he’s not there while we’re shooting and he has certain ideas he wants you to tackle, he’ll call you on your cell phone while you’re in your trailer. He always picks up, so it’s fun dealing with him and being on his show because I’ve been wanting to work with him for a long time.

What advice do you have for people starting out their acting career?

I would say that no path is the same. My journey isn’t the same as anyone else. You have to create to kind of create your path. You have to be ambitious and if its something you love, you have to follow your heart. Basically, live, sleep, breathe acting. You should do something every day that brings you closer to your career goal.

What projects can we expect from you in the future?

I’m about to do season 2 of “I Turned My Camera On.“ I’m also a photographer and that’s like my side hobby. I teamed up with Essence and Macro and now we’re coming back for season 2. I have “The Bobby Brown Story” coming out in September for BET. I am also on a show called “Too Old to Die Young” for Amazon.

What is your go-to for an off-day or when you’re not shooting?

I love to travel. I love to spend time with my family and I’m also a photographer, so between those things, I’m pretty tied up.

You and your wife are expecting your second child.