Award-winning, chart-topping gospel recording artist Jason Nelson recently released his fifth solo studio album, The Answer. With four previous albums under his belt and over a decade of experience in the music industry, Nelson is known for his ability to craft powerful and inspiring messages and providing people with strength through the love of God. Earlier this year, he released “Forever,” the album’s first single.

Nelson refers to the single “Forever” as an “ode of love,” saying, “Forever” speaks to God’s unfailing and undying love for us. We often think that the Lord’s love is conditional like man’s, but his promise is to always be with us and to love us despite any circumstances. God’s love is forever.”

In less than a year, he was able to piece together and complete The Answer.

“We probably started writing maybe February or March of last year. We started recording in September and were probably finished in January. So, about 9-10 months from start to finish,” he explains. The Answer follows the success of his 2015 No. 1 live studio album, Jesus Revealed, which debuted at No. 1 on Billboard’s Top Gospel Albums Chart. His 2012 album, Shifting the Atmosphere, won him the 2013 Stellar Award for “Praise and Worship CD of the Year.”

Outside of music, the 43-year-old Baltimore native is also a pastor, a husband, and a father of two. His wife of over 20 years, Tonya Nelson, was a co-writer on “Forever,” and is credited with creating the chorus. The couple recently celebrated 21 years of marriage on May 10. They are the first family of Baltimore’s Greater Bethlehem Temple Church, where Nelson presides as the senior pastor, like his father before him.

Read what else Nelson had to say about his latest album The Answer and his career in gospel music.

How does it feel to be releasing The Answer, your fifth studio album?
I’m excited! I think it’s kind of a weird juxtaposition because I’m excited that it’s finally released but also a little bit reticent. It’s just the nerves of the world just now starting to hear all this music. You’re praying that everybody sees and hears it from your perspective.

The first single is “Forever,” which you released earlier this year. What’s the meaning of the song or what does it mean to you?
My wife helped to write that song. She interrupted a songwriting session with the chorus, “Forever is a long time, that’s how long I’ll love you.” We stopped what we were doing and started working on that. It’s really a love song, from God to us. It’s designed around the concept of the “Prodigal Son.”

If you’re familiar with “The Prodigal Son”, he spends all the money that he has, then the famine comes. He’s about to eat pig’s food and the Holy Bible says that he comes to himself. He says “I’ll go back to my father’s house because even servants eat better than what I’m about to eat now.” The Holy Bible says that on his way back home, the father stands in the road looking for the son to come back home.

I believe that it wasn’t just the understanding that the servants ate well, but I think it’s the understanding that the father’s love was waiting for him, pulling him back into place. Back into alignment where he belonged. I liken “Forever” to that experience, that God has a way of bringing us back in, realigning us, and making sure that we’re in the space that he really desires us to be.

What’s the overall message of the The Answer and what do you want people to take away after listening to the album?
I want people to hear solutions to problems and answers to questions. Every song represents an answer to a question or a solution. Will I heal? Will deliverance still come? Does God still love me? Have I gotten too far outside of the space I’m supposed to be in? Can I get the help that I need for the situation that I’m in? All of those questions are answered.

Even with worshipping and the worship that God is expecting and looking from each of us, that is a situation that is dealt within the record. I want people to listen to the record and hear the narrative of every time a new song comes on there’s an answer present or a solution present that they can apply to their regular everyday lives, and live a better life.

What’s generally your process for putting together an album such as this one?
We start with songs. Just writing and figuring out what we want to say. What do we need to attack? Not necessarily fight, but what do we need to deal with regards to what’s happening in culture, the news, or life. A lot of times we have a tendency to miss those moments because we’re not paying attention. This record is really about compiling the right songs.

Once we get the right songs together, we break them down from a production perspective into a sequence that will keep people engaged and tell the right story. Then it’s just about getting all the singers and musicians together and finding a nice venue. We actually did it at my home church, which made it a little easier; home-field advantage. Ultimately, we get everything together and then send it off to get mixed and mastered. After that, it’s about crossing your fingers, praying, and saying “Lord, I need you to put your hand on this thing and make somebody like it.”

What was weird about this particular process is I didn’t know what I was talking about. We were just writing songs. The songs wrote the narrative for what we called the record. With Jesus Revealed and Shifting the Atmosphere, we knew at the beginning what their subject matter was going to be. Shifting the Atmosphere was really about atmosphere. Jesus Revealed was about the names of God, explained in song. This time around we didn’t know what the record was going to be called until basically all the songs were written.

When you’re creating songs for an album or writing music in general, where do you turn when you get stuck? What is your inspiration?
Sometimes, I hit a wall and I’ll go to the movies or read a book. Sometimes, if you hit a wall and then have a conversation, the wheels will start turning again. It depends on where I am and what’s happening. I try to stay open as much as I can to avoid hitting those walls. But, I think every person who’s a creative has hit that wall at some point or another. They’re like, “I don’t know what I’m talking about or what I’m writing next.” God always has a way of opening the floodgates and allowing you to step back into the realm to do what you’re supposed to do.

How much of your own experiences are in this album?
A lot! Probably half the record is about where I was and what I was facing with. Me seeking answers to certain things. “You Got Me” was the song that came out of a dream. “In the Room” was written in a worship moment, as was “Lord of All.” With “Lord of All” I was literally driving my car, in worship. I remember I was on my way home and I drove over this one particular bridge. I started thinking about the song “Dear God” and the lordship of God, and all of a sudden this song started to pour out of me. I grabbed my phone real quick and recorded it in voice note.

What can we expect next after the release of The Answer? Is there a tour coming up soon or live performance dates?
I have dates scheduled for probably the rest of the year. Thank God. I’m glad that I’m busy. The rest of the year is going to be about supporting the record and raising awareness. This week alone I’m going to be in Greenville, SC, Norfolk, VA, back home for Sunday morning services and then next week I’m somewhere for a couple of days, and the week after that I’m somewhere for a couple of days. It’s all about making sure that people know that the record is out there and also singing and performing so people can experience it live and have a frame of reference for how things work.

It’s obvious that you have a lot going on. How do you balance being a husband, father, pastor, artist, songwriter, producer, and everything else that comes with being Jason Nelson?

I’ve learned the art of saying no. I learned how to just say, “Okay, I can’t do that.” Ultimately, after my relationship with God, my family is at the top of the list. Anything that impacts my ability to be there for my family. My son plays basketball so I try to arrange my schedule to be at as many games as possible. My daughter is getting ready to graduate from high school.

It’s a good thing but there’s still a lot of angst attached to it. That’s my baby and to watch her grow up, it’s a different kind of feeling. Some tried to schedule me out and I had to tell them that I can’t do it until after my daughter’s graduation.

Things like that happen on a regular basis for me but family is definitely at the top of my list. They’re at the apex of my thought process in regards to prioritization. Obviously, the music ministry and the church come after that. I’m willing to miss out on some things out there to make sure that my home is good. 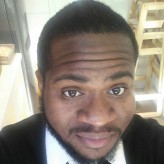 Martel is a writer in Atlanta, who's cooler than a polar bear's toenail. He loves reading, writing, and brunch, Reach out to Martel through [email protected] or follow him on Instagram and Twitter @martyanansi

Baltimore police will surveil the city with airplanes in 2020