After months of trolling the country and tap dancing for Donald Trump, Kanye West finally dropped his new album Ye in Wyoming and sent Twitter into a tizzy.

Ye arrived on Thursday night with celebrities and influencers, including Chris Rock, Jonah Hill, Big Sean and Pusha T, who flew in for the listening party in Jackson Hole, Wyoming, where he’s been busy working on four separate albums for his G.O.O.D Music label.

The seven-song album features celeb guest spots from everybody from Kid Cudi and Ty Dolla $ign to an album-ending appearance by Nicki Minaj.

Ye is highlighted by messy statements like “I hate being Bi-Polar. It’s awesome,” and is punctuated with talks of marital strife with wife Kim Kardashian, the allegations of sexual assault against producer Russell Williams, and the cheating scandal surrounding Khloe Kardashian’s boyfriend, Cleveland Cavaliers center Tristan Thompson. (One topic that surprisingly didn’t come up? President Donald Trump.)

Rock introduced the album at the listening party by saying, “rap music, hip-hop music is the first art form created by free Black men,” the comedian told the crowd, according to Rolling Stone. “And no Black man has taken more advantage of his freedom than Kanye West.”

Kanye’s wife, Kim Kardashian West, has fiercely defended her husband during the College Dropout musician’s most outrageous and ridiculous moments. And West revealed on the track “Wouldn’t Leave” that the reality TV star was less than thrilled with him after the backlash he received after calling slavery a “choice” during an appearance on TMZ.

“Wife calling screaming saying we’re about to lose it all / I had to calm her down ’cos she couldn’t breathe / I told her she could leave me now but she wouldn’t leave,” he raps. “This is what they mean for better or for worse huh?”

Yeezy also touches on Kim Kardashian West’s sister, Khloe Kardashian, on “All Mine” with West speaking about the infamous episode where Tristan Thompson being caught cheating days before she gave birth to their daughter True Thompson.

“All these THOTs on Christian Mingle / That’s what almost got Tristan single,” he raps. “If you don’t ball like him or Kobe / Guarantee that bitch gon’ leave you.”

“Today I seriously thought about killing you / I contemplated premeditated murder / And I think about killing myself, and I love myself way more than I love you, so … ” he says on the album’s first track.

In all, the album is a thick stew of messy emotions, bodacious declarations and controversial statements flowing over quality beats that has social media scratching its head. Twitter has had time to digest Kanye’s finished product and social media is conflicted on whether Kanye has completely lost it as an artist or further cemented his status as hip-hop’s resident genius. 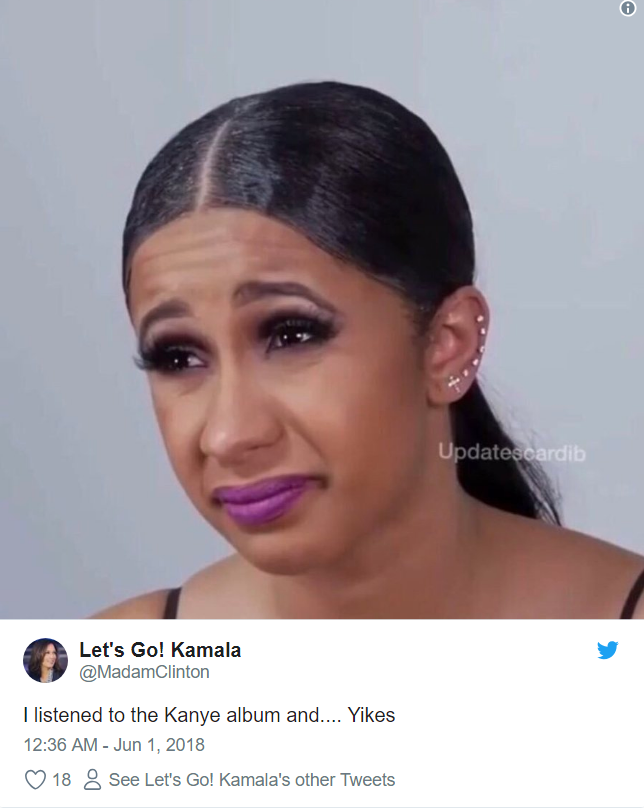 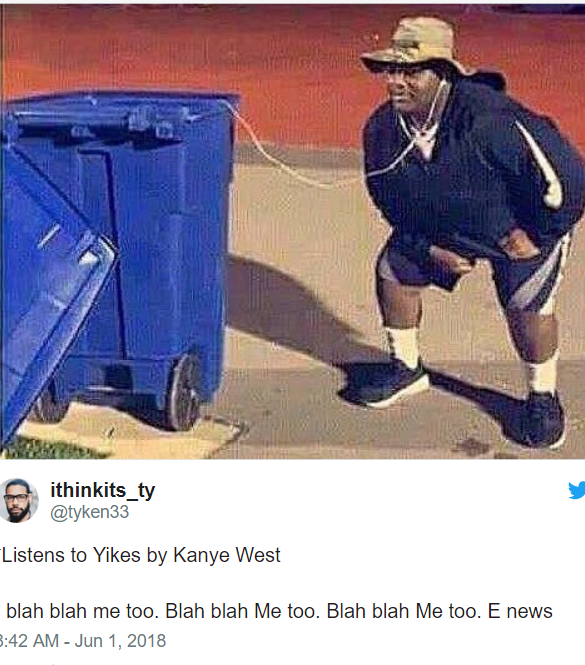 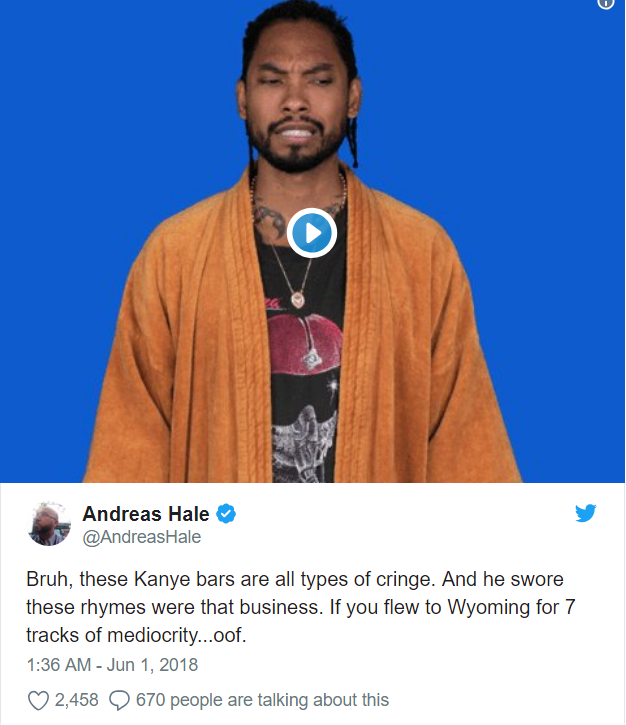 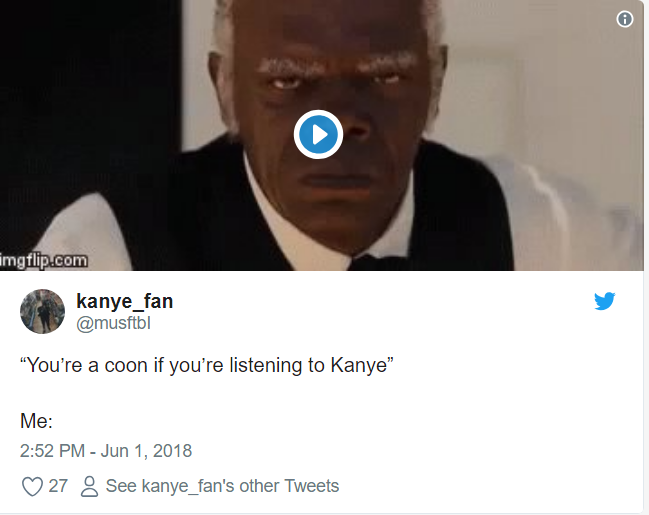 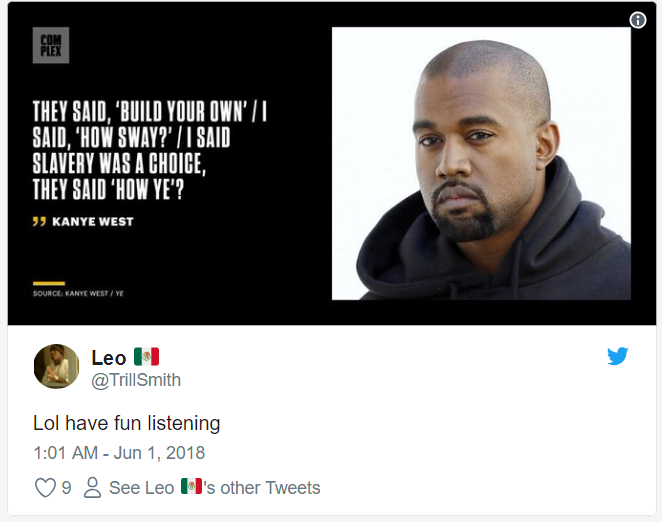 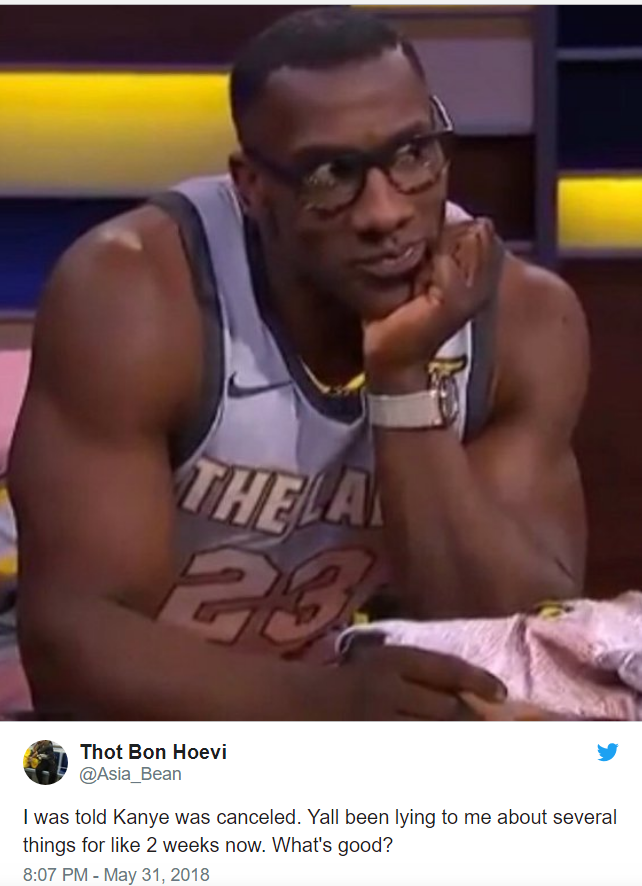 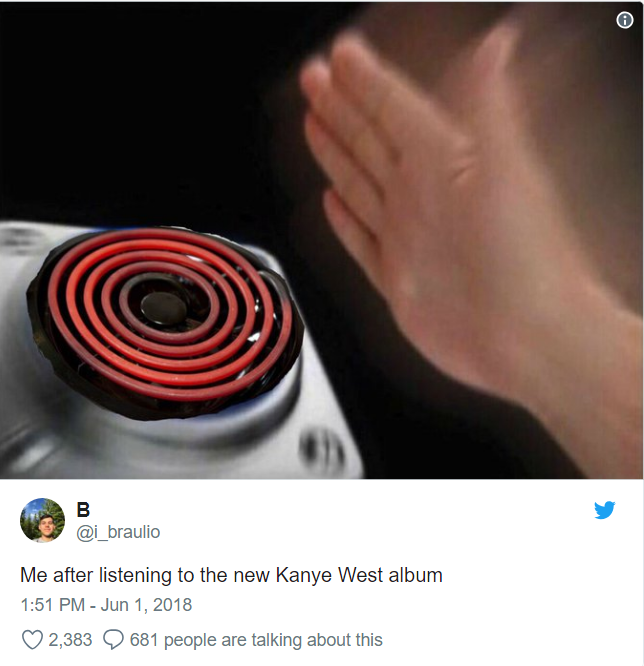 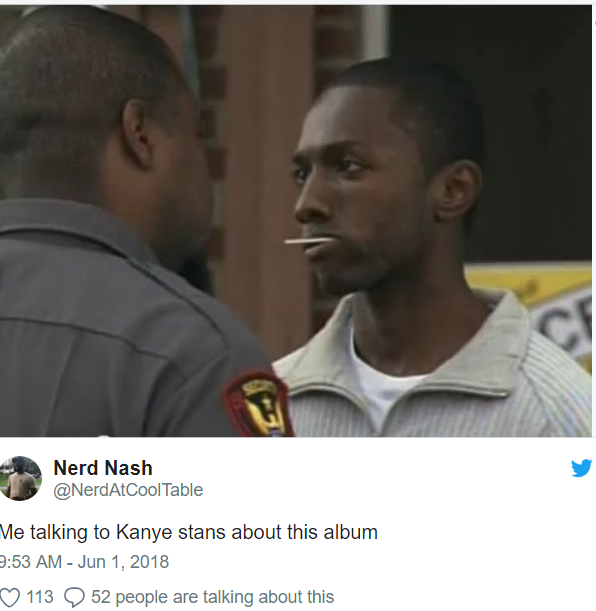 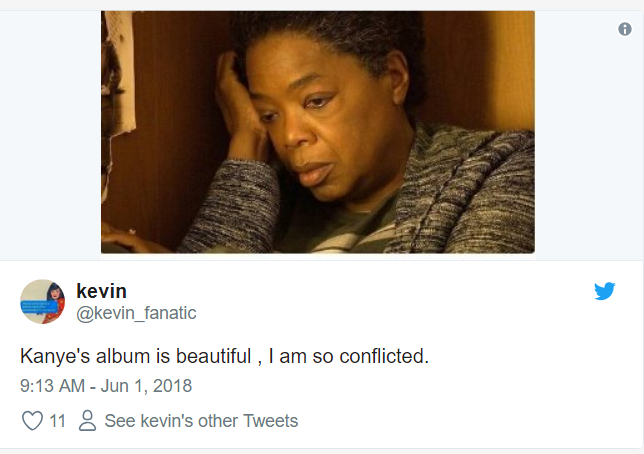 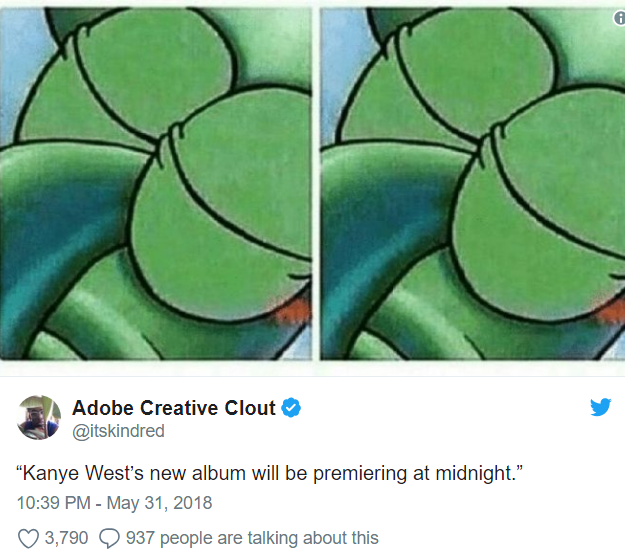