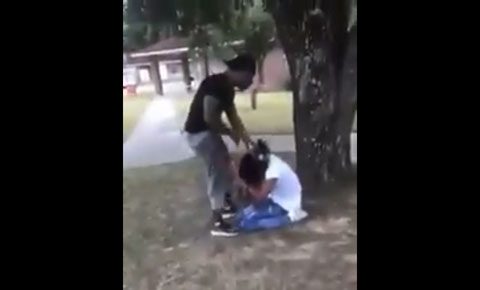 The rap game has always been a serious matter in Atlanta. Struggling rappers spend hard earned cash on studio time and beats hoping to make a mark in the ATL. One surefire beat-maker with proven talent is Rob Taylor, who has produced tracks for Migos and others. But a recent video uploaded to YouTube shows Taylor catching a beating over a promised beat.

According to gossip website MediaTakeOut, the person beating the living hell out of a crying Taylor paid $2K for a beat. Instead of giving the beat to the rapper as promised, Taylor allegedly sold the beat to another artist. In the video, the furious rapper confronts Taylor in an apartment parking lot near Atlanta and grabs him by the hair and punches him in the face. Taylor begs for his life and tells him to take the money in his pockets and that he will go to an ATM to get more.

The video can be seen below and contains graphic violence and language: