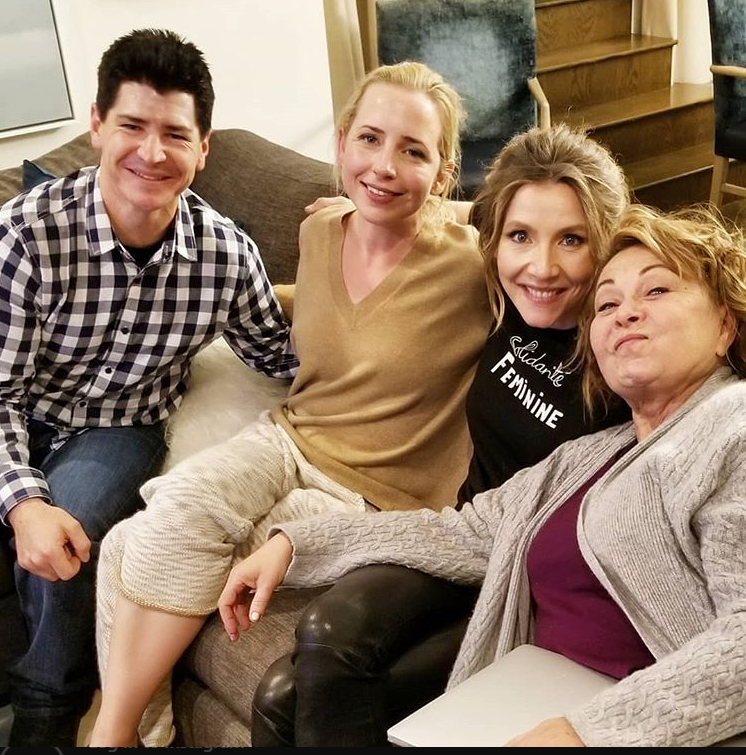 Months after suffering abject humiliation and the loss of her eponymous TV show, Roseanne Barr is still trying to explain away her racist tweets about former President Barack Obama’s senior adviser Valerie Jarrett.

But Barr probably made herself look even more desperate and mentally challenged while repeatedly attempting to rationalize referring to Jarrett as an ape.

“I thought the b—- was white!” Barr screams at the top of her lungs in a video posted on her YouTube page (below).  In the video, a disheveled Barr, 65, is smoking and gesticulating wildly while being interviewed by an unidentified producer.

The comedic actress saw her world explode on May 28 after a Twitter rant in which she said Jarrett was the offspring of the Muslim Brotherhood and “Planet of the Apes.”

ABC, which broadcast the highly rated “Roseanne” reboot, canceled the show without hesitation. The network recently green-lit a 10-episode spinoff of the show without Roseanne called “The Conners,” which is set to air this fall.

After the Salt Lake City-born Roseanne was fired by ABC, she immediately showed contrition but also blamed her behavior on Ambien, the powerful and popular prescription sleeping aid she was taking. The drug company was quick to respond.

Roseanne is now revisiting the toxic topic of Jarrett, but in trying to explain herself, she may have raised even more questions.

Check out the video in full below: