Did rapper Bow Wow just figuratively slap his mentor and music- maker Jermaine Dupri in the face? It appears that a recent cryptic tweet was aimed at the songwriter/producer who made Bow Wow a household name.

“Snoop put me in the game, not you,” wrote Bow.

Shad Moss, 31, of Columbus, Ohio, was speaking to the fact that Snoop Dogg discover him at 5 years old and got him a deal with Death Row Records. But most fans forever link the rapper with Dupri because he wrote Bow Wow’s biggest hits.

This is not the first time the two musicians have had a falling out in public. Previously, Bow Wow said he was going to leave Dupri’s So So Def label to seek out opportunities with other companies. Soon thereafter, Bow Wow was signed to Cash Money.

Plus, just this year, on the series “Growing Up Hip Hop: Atlanta,” Da Brat blasted Bow’s decision to take his music to other labels besides So So Def.

“[Bow Wow] is going to different record labels,” she said. “To me, that’s kind of like a slap in the face. That’s not loyalty. When the chips are down, you stick with your f—ing people.”

Bow has certainly been going through a difficult time as of late. Last week, he had a meltdown and trashed the set of “Growing Up Hip Hop: Atlanta,” and earlier this year he admitted to having suicidal thoughts.

From the way it appears, things took a bad turn for Bow after he was roasted online several times in the last year, and it came to a head when he lied about being on a private jet. That eventually sparked the #BowWowChallenge, where people acted as if they were living a fancier lifestyle than they really were.

After Bow’s passive-aggressive message, many observers said he needed to fall back on the hate and give Dupri his due credit.

“True. But J.D. help mold you into the icon you are,” one person wrote.

“How many legends Snoop made?” wrote someone else. “Snoop artists never made [it] or flopped. You would’ve been a never was if it wasn’t for @jermainedupri. Never forget to appreciate those that made you.”

Check out the debate below on social media: 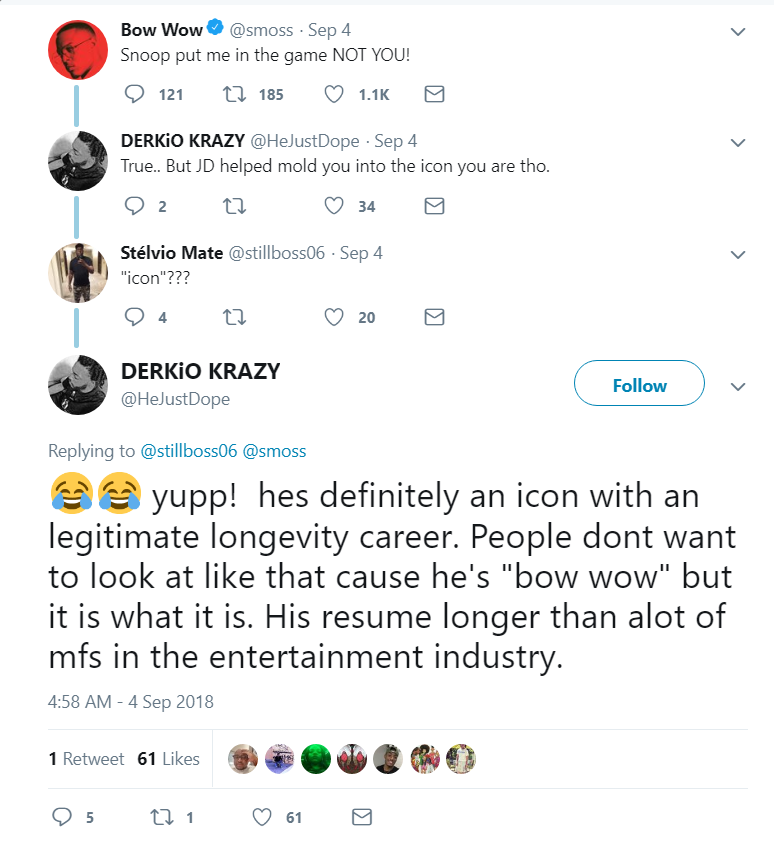 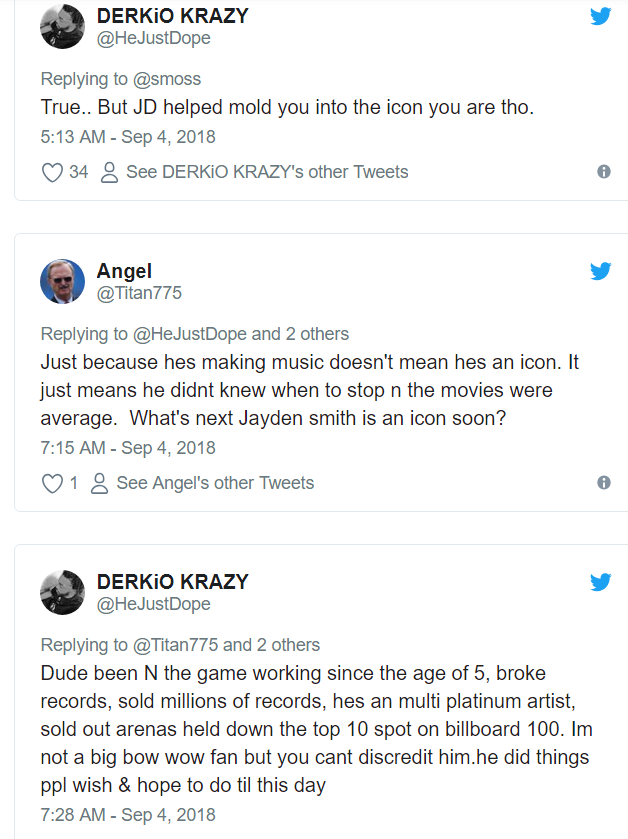