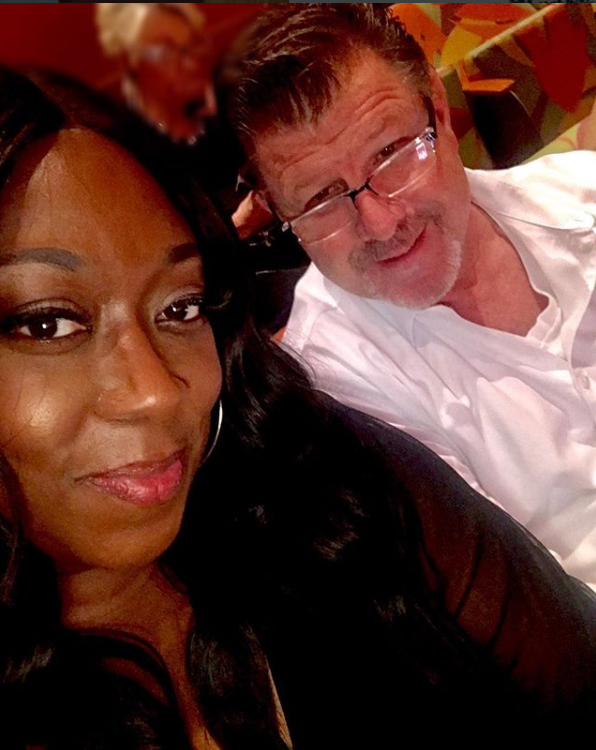 Comedian and “The Real” co-host Loni Love officially confirmed that she has a new boyfriend after months of speculation and operating in secrecy.

Love’s new love has been identified as actor James Welsh. They both recently took time to share some intimate moments between the two on their respective Instagram pages. However, Love does not appear ready to spill all the tea about their relationship since it is still in the embryonic stage, and she cannot yet tell if it will be a long- or short-term relationship.

Love’s co-stars on the morning talk show put her on blast as it was revealed that Welsh went “ghost” on Love for two weeks early on in their telephone conversations, meaning that he never called her during that time period. Love said she, subsequently, dismissed what she thought was a burgeoning relationship and put it out of her mind. One day out of the blue, Welsh suddenly popped back up on the scene and called Love, and their friendship was rekindled and grew from there.

“James is the White man that’s on Loni’s Instagram!” Jeannie Mai, another co-host, blurted out suddenly, eliciting cheers from the audience.

“The thing is we love James. We think James is the sweetest guy,” Houghton continued. “I’m having a hard time believing James ghosted you for two weeks in the beginning. This actually makes me reconsider things because he’s such a good guy.”

Love tried to defend Welsh by revealing that he has his own business in addition to acting and that he went through a period of nonstop work. When one of the co-stars asked Love if Welsh will publicly account for that two-week period where he failed to call, Love said she cannot speak for him.

That seems to be as far as Love is willing to go on the subject. She said she’s reserving the right to withhold more private information until the romance is on a more solid footing.

“So in 2019, James will come on the show and explain himself?” Houghton asked.

Watch an earlier clip from “The Real” in which Love coyly hints about her new beau.