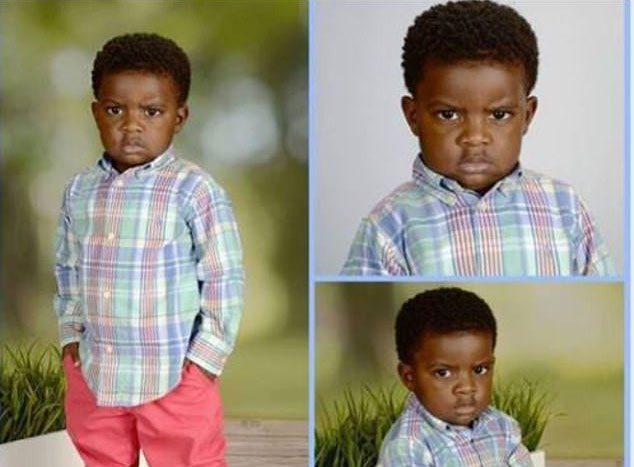 By now, frequent Facebook users already may have seen photos of Makari Arnold scowling at the camera. The pics of the well-dressed but unhappy child went viral as people began creating memes and making jokes.

It seemed like it was all in a spirit of good fun. That is until one man claimed the little boy as his own and started a fundraiser called #PoptartForeverFund and actually collected money. That’s when Arnold’s real parents spoke up and called for a stop to it. 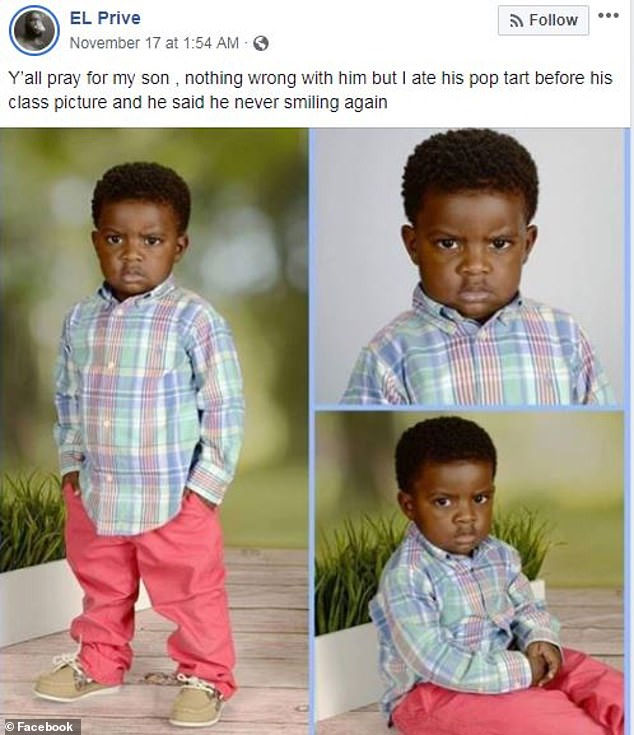 The post also included the hashtags #poptartforeverfund #cashup $bandob, which would allow him to receive money. That seemingly innocuous post garnered more than 200,000 hits and 40,000 comments in only two days. But it turns out that Muhammad did not know the child or his parents, Tantarnea and Michael Arnold, who were not happy with his request for money. They posted the following to Facebook:

“So Kari’s school pics from last year has went viral. Nothing we can do about that part…it is what it is. There are a lot of posts/memes going around about him, and I must admit, some are hilarious. But it still doesn’t sit well with me that he’s being posted worldwide. But like I said, it’s out there now and we can’t stop it. However, if you happen to see a post where someone is claiming him as their child, that is not funny…I don’t care if it is just a joke. Don’t be out here trying to use our son for likes or money. That’s lame and so disrespectful. Please, if yall continue to see people claiming him, claiming the pic as theirs, creating GoFundMe accounts and making money from my baby pics, please report it and let us know. Thanks! (sic)”

In response to the parents’ displeasure, Muhammad removed the original post and ultimately apologized, stating it was all a joke. He posted the following: “Look y’all broke a—s ain’t even give that baby 100$ all 23.52 will go to Louisville home of the innocence as well as 200 more from my pocket. (sic)”

For now, the child’s parents seem satisfied, and they admitted they had a good laugh over the comments and memes that were generated by social media users.