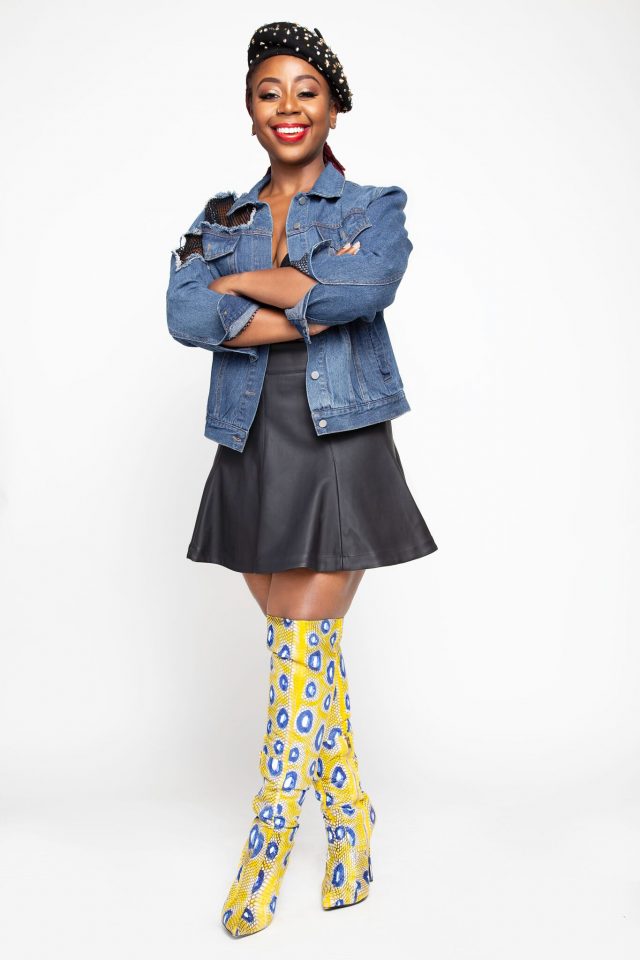 An edgy food influencer is taking over the streets of Atlanta with plant-based fast food and a brand that is turning the vegan lifestyle on its head.

A devout vegan, Cole saw a niche to create fast-casual junk food that is completely plant-based. She hopes to be a voice and example to other Black entrepreneurs who have a vision about creating something they believe in and love.

So far, Cole says her concept of fast-casual, completely plant-based “junk food” is proving to be a success, earning kudos on the company’s Instagram from notable figures such as Atlanta Mayor Keisha Lance Bottoms and music mogul Jermaine Dupri.

While some label the vegan lifestyle as a fad diet, Cole extols the health benefits of her all-plant-based foods, including a lower prevalence of obesity, heart disease and diabetes.

Rolling out recently caught up with the enterprising entrepreneur and vegan evangelist to learn more about her, her growing business and her goal to make a meatless lifestyle sexy.

My superpower is that I’m never scared. My father always told me that nothing beats a trial but a failure, and this mantra has helped me to make the scariest decisions of my life. I will bet my last dollar on something I believe in because I know there will always be a takeaway. Win, lose or draw, I always push myself beyond my wildest desires and, in turn, I always win.

I would tell my younger self to stay ready. Years ago, I heard comedian Mo’Nique say, “When you stay ready you never have to get ready.” I learned what this meant as an adult. If I could go back in time, I wouldn’t change a thing. I would just remind the younger me to always be prepared.

What are your thoughts on taking risks?

As a successful woman in business, what is your greatest achievement?

My greatest achievement is knowing that I am bringing different cultures together in the name of plant-based food. It’s a beautiful feeling to know that I am successfully helping people to see food in a different way. I am fulfilled knowing that while I get to walk in my purpose. I’m also shifting the culture.

Why is it important for women of color to lead and work in leadership roles and decision-making capacities?

Historically, Black women have been the most educated yet underrated group in the country. Today, the barriers still exist, but it is up to women of color to redefine that story.  This is why we can’t wait for an opportunity to be handed to us, we have to show up and represent. There are little people watching our every move. We have no choice but to crack the ceiling. It is my duty to do just that.