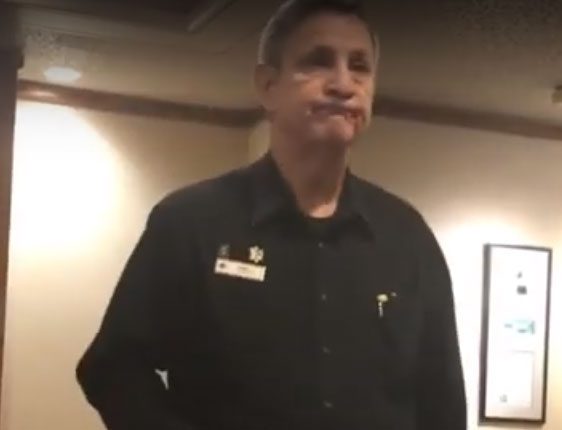 As the year draws to a close, one would think viral videos of racist behavior would pause for the holidays. Unfortunately, another incident of racism toward Blacks just living normally has surfaced in Portland, Oregon. Jermaine Massey was kicked out of his hotel for talking on the phone to his mom in the lobby. 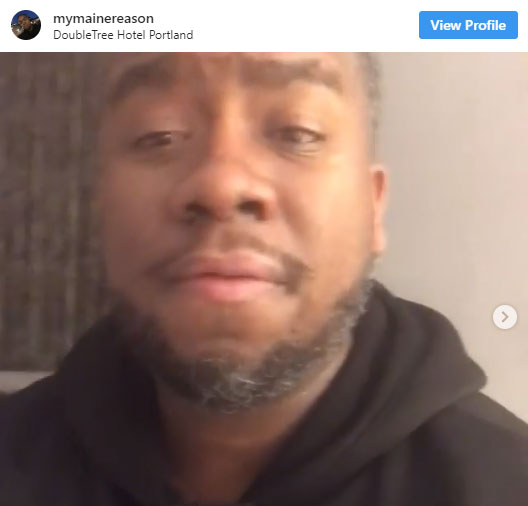 Massey was staying at the DoubleTree Hotel in Portland for his first visit to the city. According to the Oregonian, he received a phone call from his mother, who lives on the East Coast. He decided to take the call and sat down in an empty area of the hotel lobby. He was soon approached by a White hotel security guard named Earl who began to interrogate Massey. The guard, now dubbed Hotel Earl by Black Twitter because of his name tag, asked whether Massey was a guest and asked for his room number. Massey stated he was a guest, showed his keycard but could not remember his room number. As Hotel Earl persisted, Massey started to record the encounter on his smartphone and the visibly displeased guard told the hotel manager to call the police.

Massey was told by police to remove his belongings from his room and vacate the hotel premises or he would be arrested for trespassing. A shocked Massey complied and was not given a refund by the hotel. The responding officer advised Massey to follow up with hotel management and could not state whether racism was involved. The officer offered Massey a ride to a nearby Sheraton Hotel, but he declined a squad car ride and took a Lyft instead.

After Massey uploaded the viral video, Paul Peralta, general manager of the DoubleTree, said that he has reached out to Massey to try to amend the situation. A press release from the hotel chain reads in part:

“Safety and security of our guests and associates is our top priority at the Doubletree by Hilton Portland. This unfortunate incident is likely the result of a misunderstanding between our hotel and guest. We are sorry that this matter ended the way it did. We are a place of public accommodation and do not discriminate against any individuals or groups.”

Massey told the Oregonian, “It just goes to show you that racism is still alive and well, man. This was a real incident where I could’ve gone to jail if I [had] responded in a different way.”

The video of the incident can be viewed below: