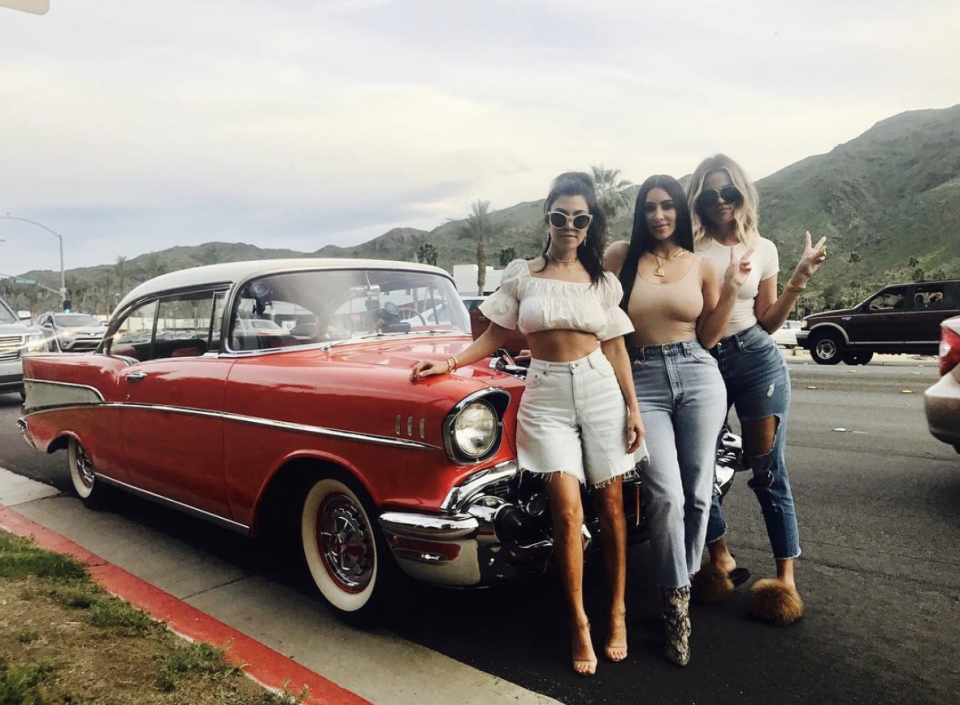 The Kardashian sisters appeared on the talk show “Watch What Happens Live” recently and revealed some shocking information during their chat with host Andy Cohen.

“We know that Kim has done ecstasy before,” Cohen said, “but what about the other sisters?”

Just weeks after their sister Kim Kardashian West confessed to using the illegal party drug ectasy, Khloe, 34, revealed that she too has tried MDMA. Kourtney, 39, did say she’d tried the drug, however, insisted she would never do it with her sisters.

Khloe disclosed, “I’ve done it with Kim before,” before turning to her sister Kourtney and asking, “Do you want to talk?”

Kourtney coyly replied while laughing. “I don’t know,” she said.

Khloe inquired: “You don’t know what? If you took a pill once?”

Kourtney then admitted, “I have, but I don’t think I did it with you two. I think I would kill myself.”

Although Kim is honest about her past drug use, the “Keeping Up With the Kardashians” star — who has children North, 5, Saint, 3, and 11-month-old Chicago with husband Kanye West — can understand why people were shocked she used the drug since she is so straight-laced these days.

During scenes on “KUWTK,” Kim admitted she hadn’t made some of her best choices after taking ecstasy, including marrying music producer Damon Thomas in 2000 and shooting her infamous sex tape with Ray J.

“I got married on ecstasy. The first time. I did ecstasy once, I got married. I did it again, and I made a sex tape. Like, everything bad would happen,” she said.