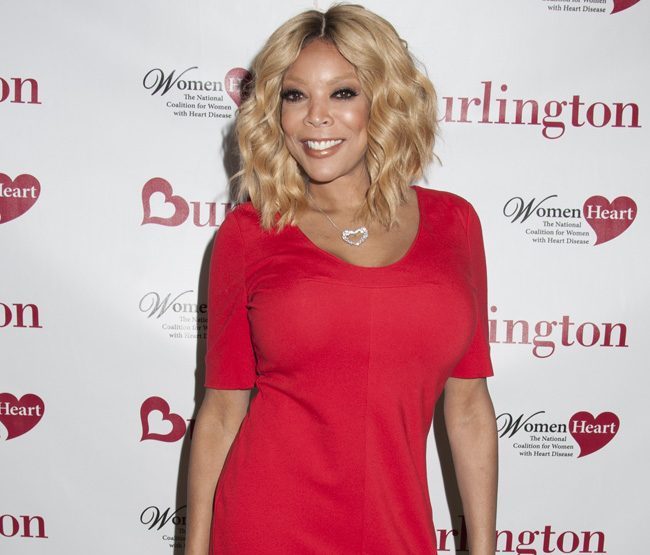 Wendy Williams is taking another break from “The Wendy Williams Show” in order to “focus on her personal and physical well-being.”
The 54-year-old talk show host has announced she will be taking an “extended break” from her eponymously titled show, after previously stepping away from the show in December when she fractured her shoulder.
Williams had been due to return on Jan. 21, 2019 — after the original date of Jan. 14 was pushed back by a week — but it has now been revealed that the show will continue airing re-runs during the week beginning on Jan. 21, before new episodes air from Jan. 28 with a selection of guest hosts.
In a statement on Instagram, the show wrote: “As Wendy Williams Hunter previously shared, she fractured her shoulder and has been on the mend. Over the past few days, Wendy has experienced complications regarding her Graves’ Disease that will require treatment. Wendy will be under the strict supervision of her physicians, and as part of her care, there will be significant time spent in the hospital. Despite her strong desire to return, she is taking a necessary, extended break from her show to focus on her personal and physical well-being. Wendy thanks everyone in advance for their well-wishes and for respecting her and The Hunter Family’s privacy during this time.”
Williams previously took a three-week break from her show almost a year ago when she was diagnosed with Graves’ disease — an autoimmune disease that affects the thyroid — in addition to the thyroid issues she was already aware of.
Debmar-Mercury, the distributor and producer of the show, said in a statement: “For over 10 years, Wendy has been a vital part of the Debmar-Mercury family. We wholeheartedly support Wendy in this decision to take the time she needs, and we will welcome her back with open arms the moment she is ready.”
Her break comes after she previously insisted doctors had told her she was “very healthy” for her age.
She said: “I’m on the mend, I don’t need an operation. They tell me I’m very healthy… for a person after 50.”