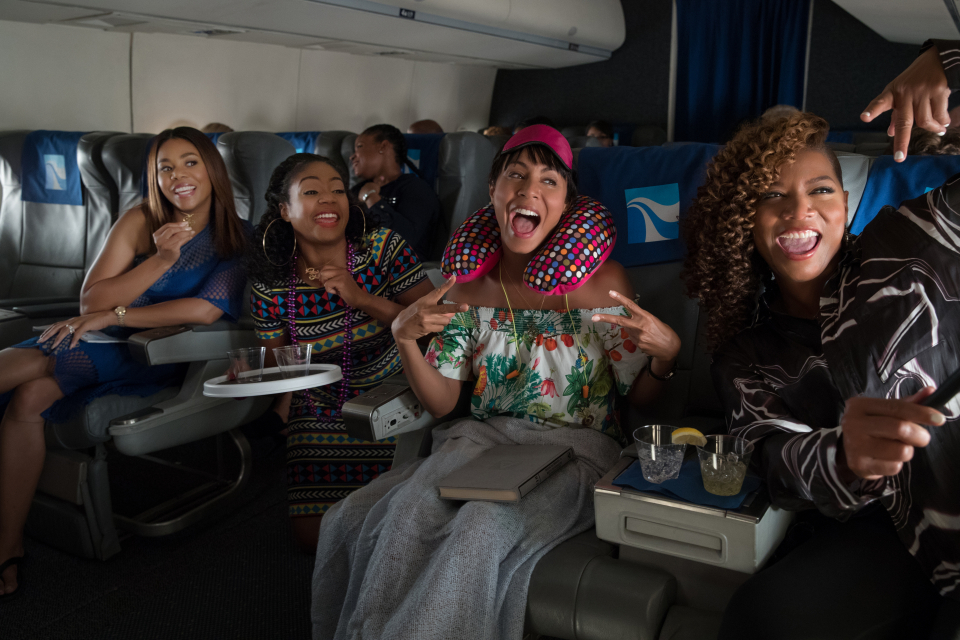 The 2017 comedy starred Pinkett, Regina Hall, Queen Latifah and Tiffany Haddish as a reunited group of college friends who get up to no good on a work vacation in New Orleans.

The 47-year-old actress — who played Lisa Cooper in the first movie — has revealed they have discussed the locations for filming for the sequel and admitted she hopes they can “work out a deal” to get the hilarious comedy back in theatres for another installment.

“I really miss them. We stay in contact. We haven’t been able to all get together in a while, but I’m hoping that we’re gonna have this deal figured out so we can make a Girls Trip 2.

“I’m ready for more Flossy Posse, trust me. I’m ready to have some fun with my girls!”

On the locations they have discussed, she said: “We talked about Rio and South Africa.”

Pinkett Smith previously admitted she was keen to make a sequel to the road trip movie because she was so proud of how well it had performed.

She said: “We’ve talked about doing a sequel, so we’ll see if it happens, but I think with the success of the movie it will happen … It’s just done $30 million at the weekend, so I’m so proud. They’re saying that we’ve taken rated R comedies out of their slump, so it’s a nice moment for us for sure.

“The movie has a lot of heart and great messages about empowerment and living your truth so you get a little bit of everything.”

The Bad Moms star added that the secret to the success of the movie is that the four main stars and the rest of the cast had so much fun during shooting and that spirit of fun and camaraderie comes through on the big screen.

She added: “Making the movie was a girls’ trip. We really had a special bond, and I think that audiences can feel that. It’s naughty.”

Universal has yet to make an official announcement about Girls Trip 2.