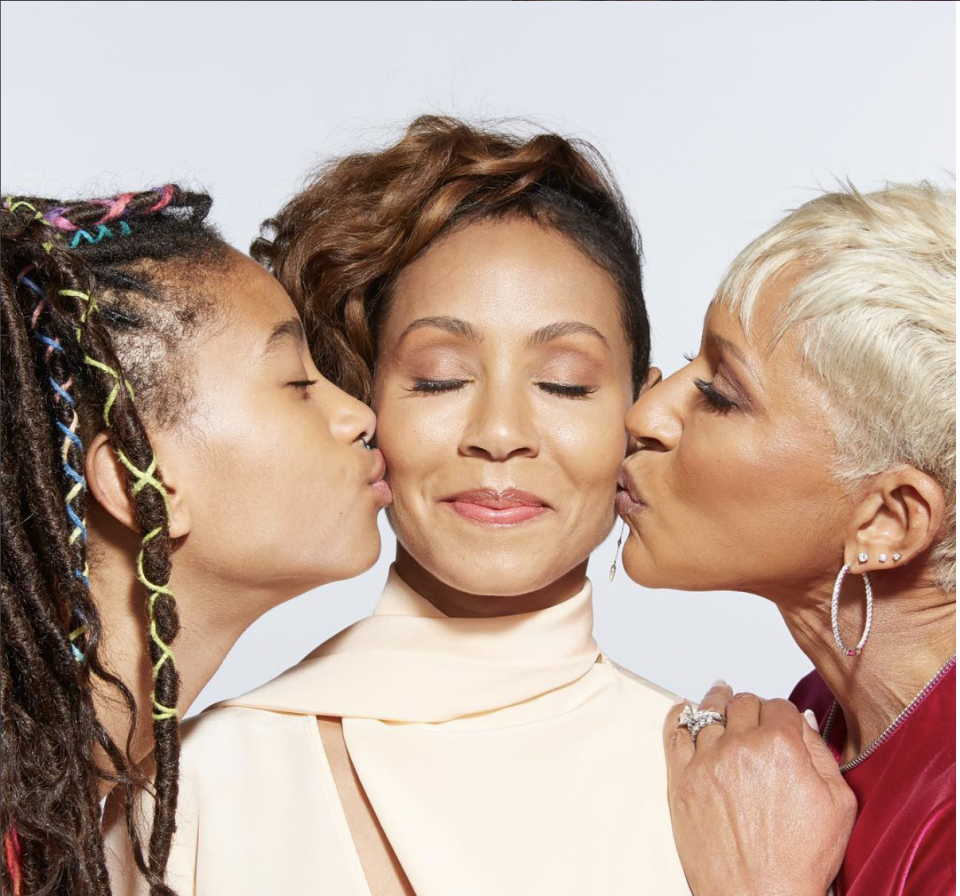 Jada Pinkett Smith wants her daughter Willow to use their “Red Table Talk” series to inform her own children in the future.

The 47-year-old actress hosts the Facebook Watch talk show with her 18-year-old daughter – whom she has with husband Will Smith – and her mother Adrienne Banfield-Jones and has said she hopes the show will become a guide for Willow to “look back on” when she has children of her own.

Smith – who discusses everything from racism to her marriage on the show – told People Now: “Several years from now, when her grandmother’s not here and I’m not here, she’ll have these ‘Red Table Talks’ to look back on that she can share with her children. It’s just a beautiful legacy to leave for three women of a family. So I wish I had something like that something like that with my grandmother.”

Her comments come after she previously received criticism for talking about her previous experience with domestic violence with her young daughter.

But the Girls Trip star insisted at the time that it was important for her to speak to Willow about the heavy topic because she wanted her to learn how to spot the signs of an abusive relationship.

She said: “A lot of people were talking about the idea of having Willow at the table and talking about this subject matter. I just need for people to understand that Willow’s not always at the table to talk about experiences or to act as an expert of any kind, but as a student because her mother and her grandmother have gone through a lot of things in life and it’s really about her hearing about our experiences and us being open to understanding what is happening in her life as well.

“This is a conversation. And I think it’s important that we understand and I hope that we can be even more inclusive in our own families with our young adults, because that’s how we learn. It’s called prevention as well.”